Founded in 1985, Yamaha entered Indian market through a joint venture. Sixteen years later in 2001, Yamaha became a fully owned subsidiary of Yamaha Motor Co, Ltd and in 2008, it again formed a joint venture with Mitsui & Co., Ltd. India Yamaha Motor Private Limited (IYM), has three manufacturing units in India located at Surajpur in Uttar Pradesh, Faridabad in Haryana and Kanchipuram in Tamil Nadu. These manufacturing plants are well equipped to produce scooters, motorcycles and its parts used in models for sale in domestic market and for export. IYM currently has a wide range of motorcycles in its product line-up including CKD and CBU units. Recognizing the fast paced growth of the scooter segment in India, Yamaha forayed into the thriving segment and currently offers a couple of products. Although, a late entrant, IYM is focusing on scooter segment and is trying to strengthen its hold with models like Fascino. In the 1980s Yamaha came up with Rajdoot 350, which paved its path to success and was finally phased out after a successful run. RX100 2-Stroke was yet another popular model in the 1990s which had to be discontinued due to change in emission norms. The YZ series and Saluto models are some of current popular motorcycles from the bikemaker.

Yamaha has a problem of plenty with the new Yamaha MT-15 joining the ranks. Based on the Yamaha YZF-R15, we spent some time with the new MT-15 at the Buddh International Circuit to see what...

The Yamaha YZF-R15 Version 3.0 now gets equipped with dual-channel ABS. Although nothing else has changed on the bike mechanically, we spent some time riding the new R15 ABS variant at the Buddh...

The new-gen Yamaha R15 is leaner, meaner, faster and sexier! But does it still have the charm and the nimble handling of the old R15 models? We find out.

We spend some time with the Yamaha FZ25 and its closest rival, the TVS Apache RTR 200 4V. The Apache 200 has a slightly smaller engine, but both bikes are evenly matched in terms of performance,...

Yamaha launched the FZ25, the company's first ever 250cc bike in India at a compelling sticker price of Rs. 1,19,500 (ex-Delhi). And so here we are, riding the motorcycle in the serene locales of...

Yamaha rolled out the FZS FI 2.0 - the latest variant of the FZ - a few months ago, while the Suzuki Gixxer is a comparatively more recent entrant. This was then followed by Bajaj adding more...

Someone at the launch was saying that it was a late entry by Yamaha in the entry-level performance segment with its R3, but is it really true? I don't think so.
Read More Expert Reviews 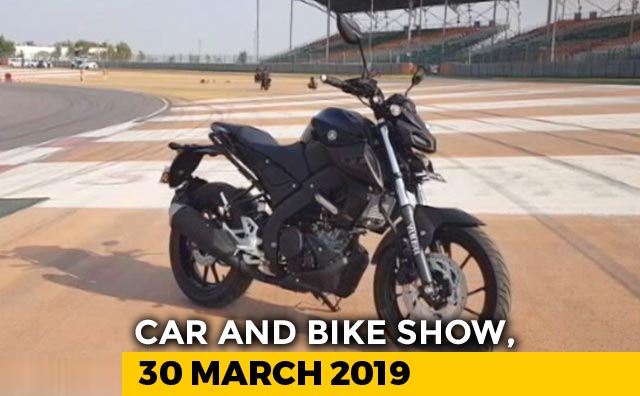