In January 2015, Volkswagen India inaugurated its engine unit at Chakan, Pune where Volkswagen’s new 1.5 litre diesel engines are produced.  In 2010, the two most popular Volkswagen cars-Polo and Vento were launched in Indian market. The peppy Beetle model was phased out in 2013, which was later re-launched in India. Introduced in 2008, Jetta saloon continues to be a part of VW’s product range and is assembled at its manufacturing unit in Chakan along with Passat.

Volkswagen's SUV offensive in India begins with the Tiguan AllSpace SUV. A 7 seater SUV only available with a petrol engine - one would think that's not the ideal recipe. We get behind the wheel...

The Volkswagen T-Roc is the right size and shape to attract the attention of the Indian buyer. While the T-Roc's exterior dimensions fall just short of the Creta's, it does have a longer wheelbase

The latest from Wolfsburg is the Volkswagen T-Cross. We test it in sunny Spain and find a competent, well-designed compact SUV. This will be the MQB A0 platform SUV that has been talked about...

A 3-cylinder engine is inherently fuel efficient and according to Volkswagen, the Ameo 1-litre offers 19.44 kilometres to the litre; which is up by almost 2 kmpl from the previous 1.2-litre engine.

We got to spend a whole day with the new-gen Volkswagen Passat and are quite impressed with what the car has to offer. Read on to find out more about what we think about the new-gen Passat sedan.

The new 2017 Volkswagen eGolf is based on the MQB platform that was originally always meant for internal combustion engines. Volkswagen though has found space underneath the floor to fit the...

The VW Tiguan review is something we were waiting to share with you and it is finally here. The second-generation Tiguan is the latest product from Volkswagen India and we got to spend a few hours...

It's a difficult choice between the Mini Cooper S and the Volkswagen GTI, but we try and find out which one you should put your money on

The Hyundai Xcent Facelift and the Volkswagen Ameo are both good-looking, feature rich and comes with capable powertrain options. So which one is a better choice? Let's find out.

Take everything that we know and love about the Polo - class-leading dynamics, a super-rigid body shell, fantastic build quality and a stability at speed that will put cars many classes higher to...
Read More Expert Reviews 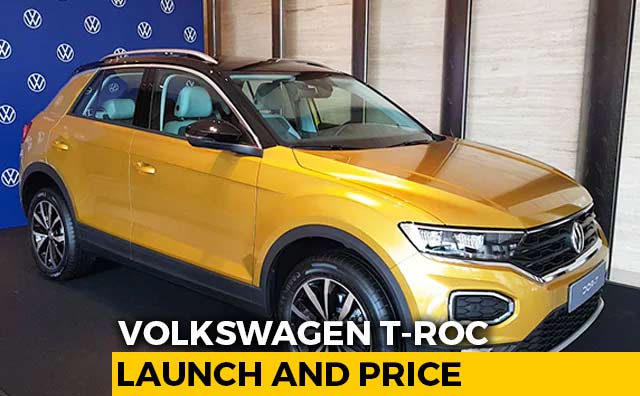