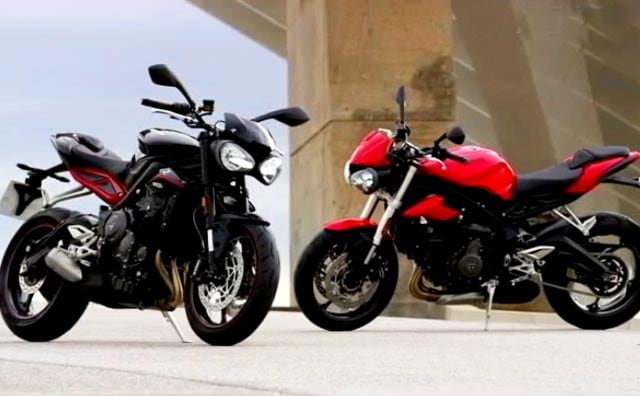 Triumph Motorcycles India has launched the Street Triple RS at a price of Rs 10.55 lakh (ex-showroom, Delhi). This is the second variant of the new-generation Street Triple to be launched in India after the standard Street Triple S was launched earlier this year. Both motorcycles share the same engine and chassis but the RS variant makes more power which is 121 bhp at 11,700 rpm and a peak torque of 77 Nm at 10,800 rpm. The RS also gets top-shelf equipment in the form of Brembo brakes and 41 mm Showa big piston forks upfront and an Ohlins monoshock at the rear.

In addition, the Street Triple RS gets a 5-inch full colour TFT screen, which works as the instrument console. The console can be programmed in two different themes and three different styles and the contrast can be adjusted as well. Carrying over from the Street Triple S, the RS gets switchable traction control and ABS and ride-by-wire. Additionally, the RS gets five riding models which are road, rain, sport, track and individual.

Triumph Bike Dealers in Other Cities