Maruti Suzuki will soon bring us the 3rd generation Swift hatchback. But unlike the past we expect a family of cars this time. The hottest, most exciting variant will undoubtedly be the Swift Sport. It is an absolute blast, and yes India will get it this time! Read this exclusive review. 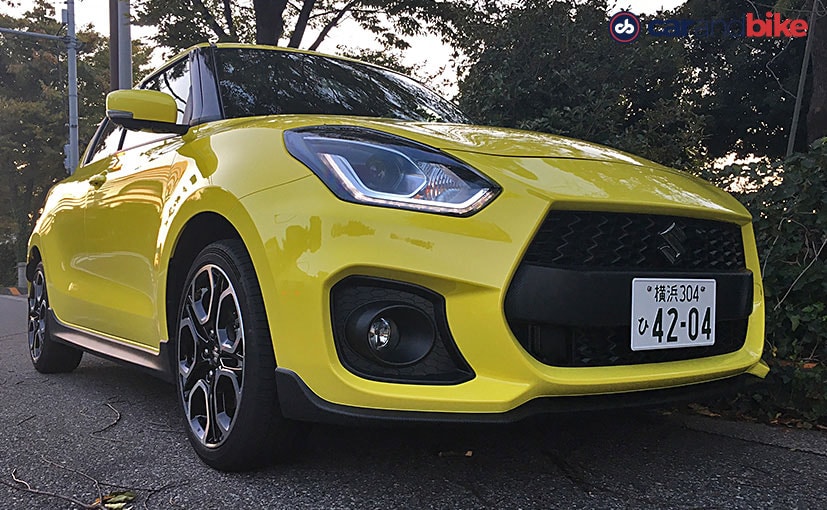 Word is that the Maruti Suzuki Swift will launch in India in its regular diesel and petrol avatars - though with an automatic option at go. But it will soon be followed up with first the Sport and then the hybrid. Yes you read that right - the 3rd generation Swift will finally come to us in the form of the Sport too - and though Maruti may choose to show that to us at the Auto expo, it may launch a few months later in to the new model's Indian rollout plan. The Suzuki Swift Sport recently made its debut at the Frankfurt Show this fall and I am happy to be amongst the first to have driven it. The car with me looks the part in its flamboyant yellow paint, and with the embellishments that scream Sport. So yes there are side skirts, gloss black grille, new bumper with a lip-spoiler, diamond cut alloy wheels and a black diffuser with twin exhausts. The suspension is lower and the wheels are 17" alloys. 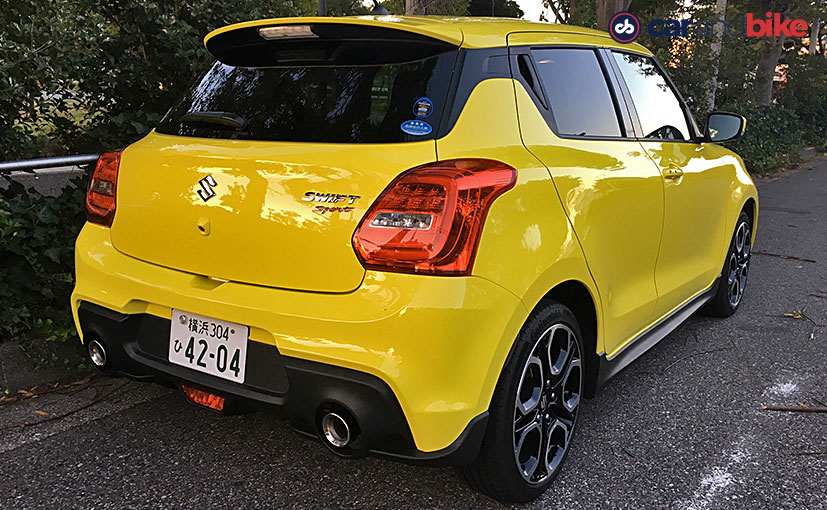 5.72 Lakh * On Road Price (New Delhi)
Inside too the Swift Sport is nicely done, with no gimmicks, and a very well finished cabin replete with solid materials and fit. The red accents across the dash are a nice add-on, and suit the car's character. The central console we will get on the Swift family will be similar to this one, but the touchscreen layout will be the same as the one on other Indian models like the Baleno, S-Cross and Ignis. 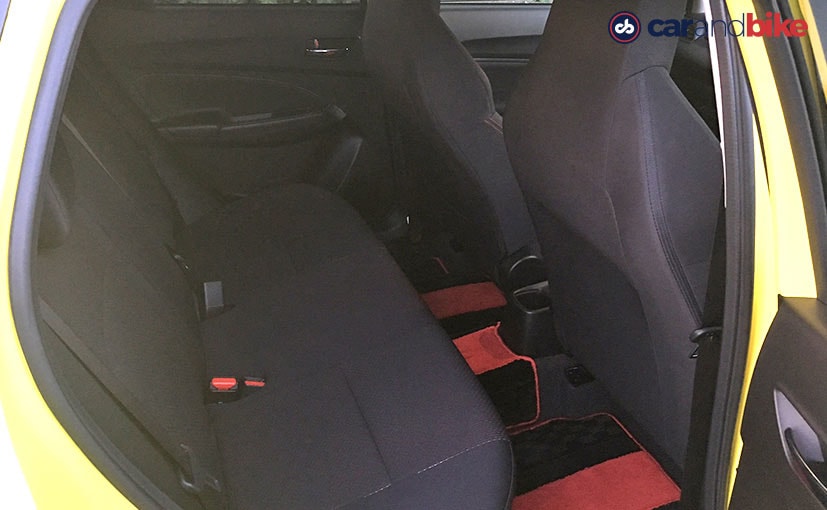 The new Swift does get marginally roomier than the 2nd generation car, as it has a 50mm longer wheelbase. The rear of the cabin has also been better designed to finally help address some of the issues with the Swift's traditionally cramped rear seat. Having said that, it won't surprise you too much with its cabin space. But then we told you some of this in our first drive review of the regular hatch in April this year, since the car has been launched in Europe all those months ago. 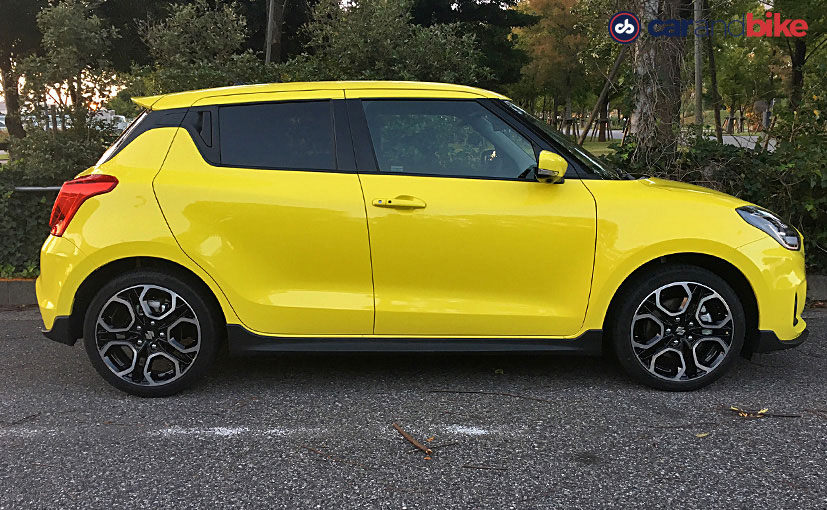 The Sport gets Suzuki's 1.4 litre boosterjet petrol engine that makes a juicy 138 bhp and 230 Nm of peak torque. Suzuki also plonks this engine into its Vitara - the larger Creta-sized SUV that is also coming to India in a year's time. But on the Sport it gets the racy tuning! The 1.4 boosterjet is mated to a 6-speed manual transmission that is a carryover from the previous gen. At 970 kgs, the car is 80 kgs lighter than that previous model. The car feels sporty from word go, and is a delight with its responsiveness and eager nature. The stiff suspension is also nice and direct, with good feedback and very impressive handling. The regular Swift is a sporty car to begin with, the short overhangs on the new gen, coupled with the lowered chassis and stiffer suspension on the Sport make for a very fun drive. Power is near instant, and the engine is very eager to perform and please! It gets good backing from the suspension and steering, and so you can throw this car about, and it reacts and responds with effortless ease. It will also pull out of a corner very quickly, and holds its line well. The manual gearbox is the perfect choice for tis car, and though mapped to hard driving, will still hold higher gears without the need for constant shifting even in the city. The Swift Sport is being considered for India

It is heartening to know the Swift will come to us as a family this time - and one that no longer includes the Dzire that has gone its own model line way now. That family will eventually have the petrol, diesel, auto/manual - and the Sport as well as a hybrid. That may get a follow up by the end of the decade with - dare I say it - an electric version too. But let's not get into speculative territory! For now, I'm pleased about the news from Suzuki Japan HQ that India is now considered for the other variants too - like the Sport and the hybrid! 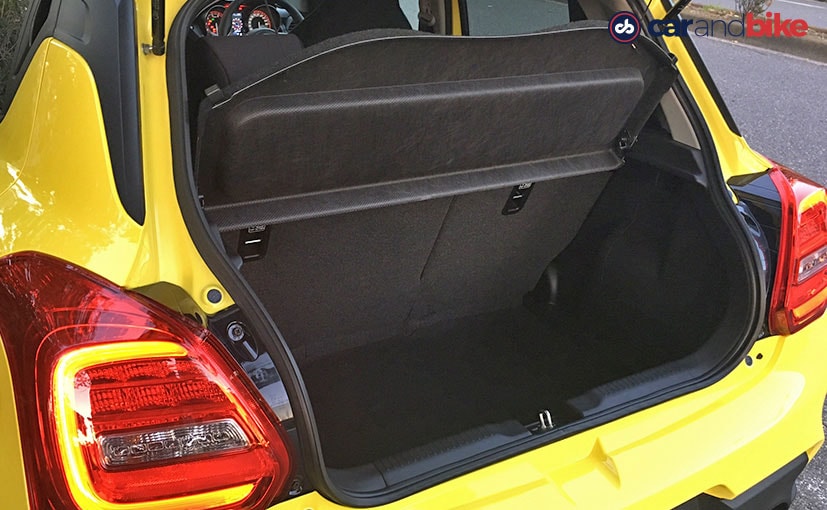 The 3rd gen Swift will no doubt be one of the biggest launches at the 2018 Auto Expo and its alter egos that I have now driven will only add to the allure, the buzz and the promise of what is undoubtedly one of the country's most popular and best selling nameplates that is likely to hold on to that tag with a very promising new generation family.