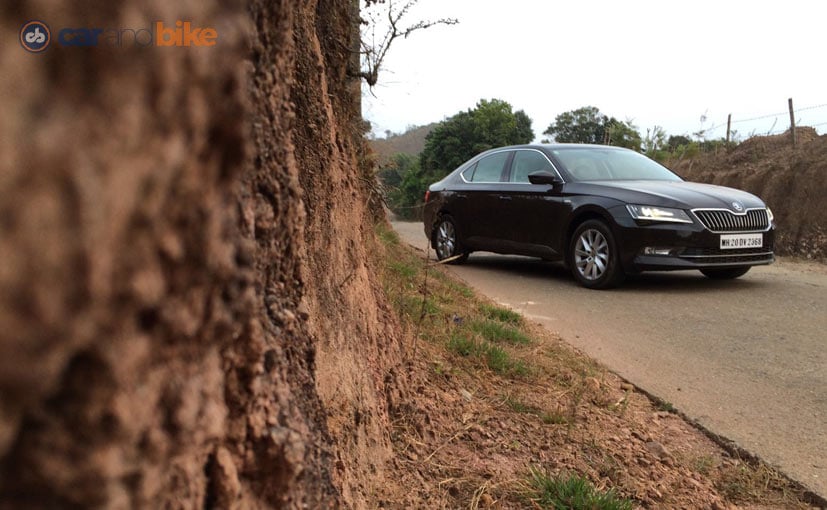 Disney has made its mark because it has created characters that have been relatable and when you think about Uncle Scrooge, you are reminded of those who want more for less. In 2009, when Skoda came out with the Superb, that was exactly what they brought to the table considering that there were rivals in the markets in the form of the Toyota Camry and the Honda Accord. The big flaw that it had was on the design front and yes, it looked a bit stretched, out of proportion even and that translated into it becoming a limo of sorts. 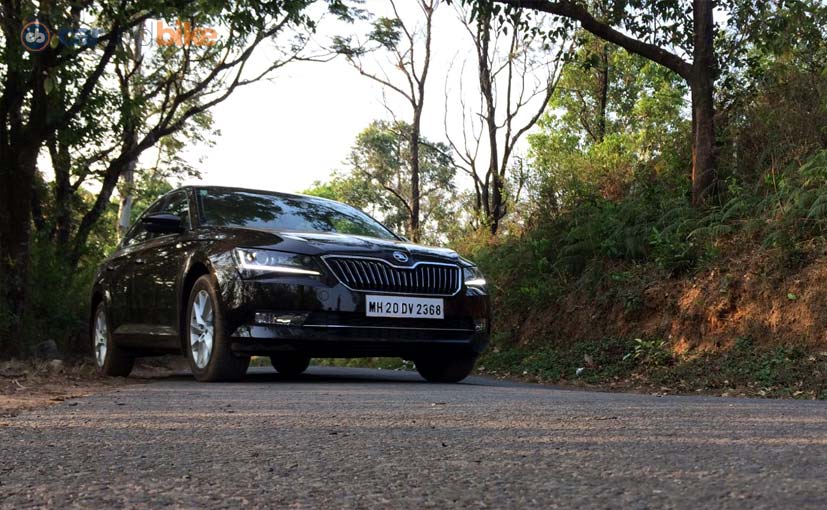 Compared to its cousin, the Volkswagen Passat, the Superb clearly didn't look as compact or feel like one either and there were a lot of expectations when the company announced that the 3rd generation of the car was on its way to India. Well, it's finally here and this is what it looks like. There's a lot that it borrows from the other Skoda, the Octavia, and this is visible in the way it looks. But the biggest change that we've seen in the car is its shape.

The previous gen had the distinction of being called a limo, and that was probably because of the way the C-Pillar of the car was designed, but the 3rd gen of the Superb gets a more Coupe-ish C-pillar, which brings it in line and makes it look proportionate. Superb Job! (pardon the pun there) 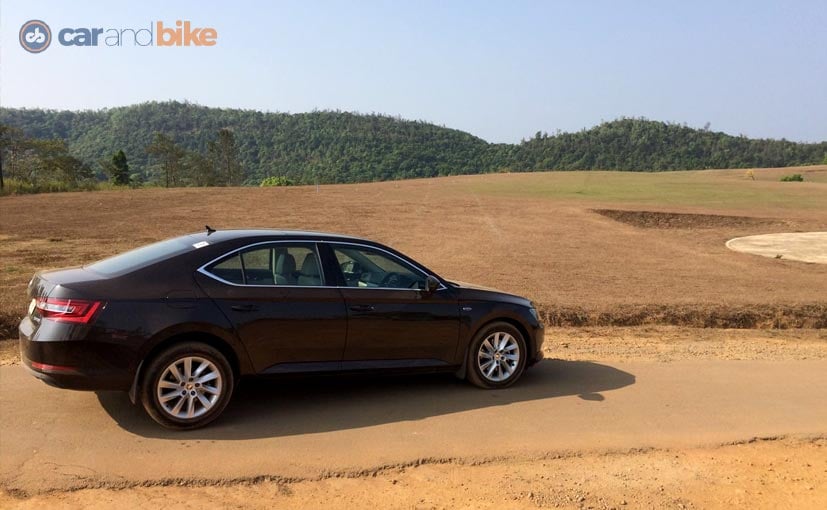 There are some nice touches to the other elements in the car and even if you check out the design of the tail lamps, you understand, that they have been shaped that way to make the car a little more aerodynamic. Well, considering that the man responsible for the Bugatti Veyron is at the helm of affairs at Skoda's design department, there was bound to be some drastic change. What I liked about it more is that there is no overdose of chrome to make it look premium, instead the crystalline elements work their magic on the car and let it do all the talking.

Having said that, the Superb is taller and wider - 6mm and 47mm to be precise - than the previous generation, so yes when we were driving on the narrow roads of Mangalore and Madekeri, the width was quite evident. The wheelbase too has increased and it now stands at 2841mm, so 'joy to the world' for those who want to be chauffeur-driven in this one. But then that brings us to another question, would you ever want to drive it? We got the answer the moment we hit the twists and turns of the ghat. 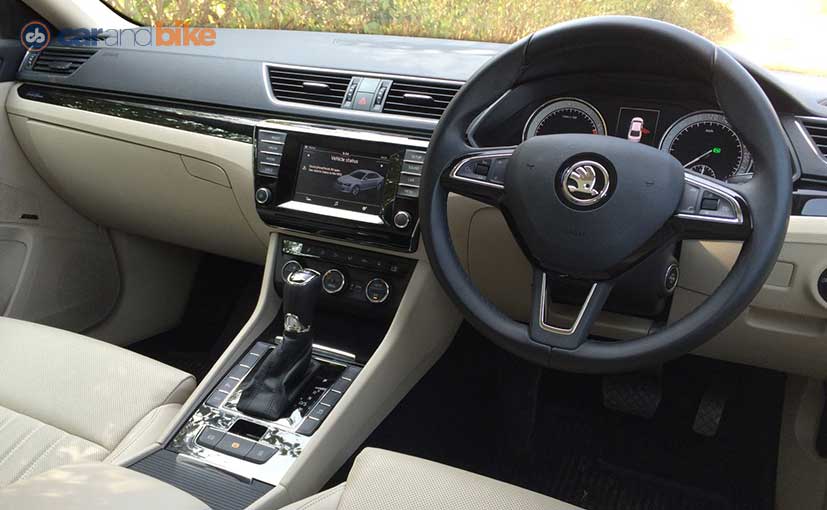 At the heart of the Superb is a 1.8-litre TSI petrol and a 2.0-litre diesel engine. While we got to sample only the 177bhp churning petrol version and might I say it's eager and willing and comfortable too. It soaks up all the undulations and though it also comes with a 'smart' differential for the front wheels, the softness of the suspension doesn't really make it stand out. That said, the ride quality cannot be faulted and though it's the 'Made-for-Indian-roads' version, the ride quality is absolutely sublime. The petrol version is made available with both the manual and the 7-speed DSG while the diesel is only available with a DSG box.

The DSG is one such gearbox that puts the fun in driving an automatic and there are many examples of it in the market now. There was no doubt that the Superb won't be available in it and that's what makes all the difference. While wading through traffic around the roads of Mangalore, it does a great job of just making you relax and take you through the mundaneness of it all. While the 4 cylinders murmur in such conditions, they start to sing when you put your foot down. 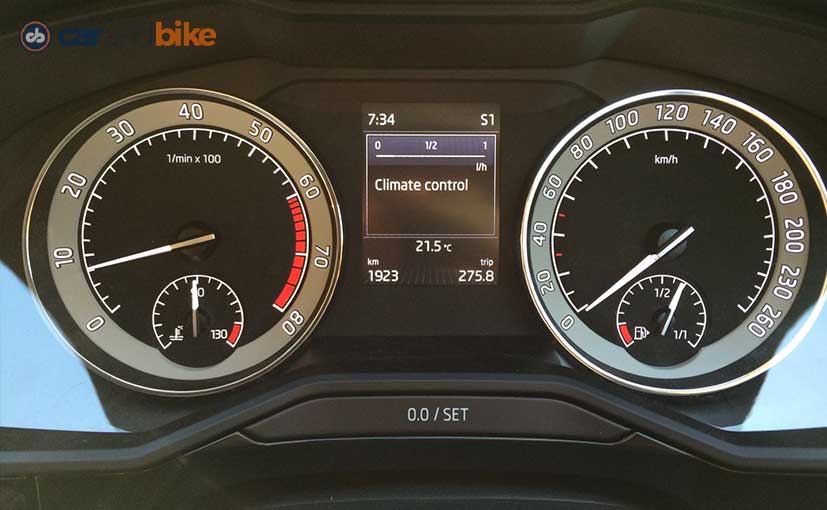 There's 250Nm of torque available from as low as 1250rpm and the 7-speed DSG helps you use every bit of it to your advantage. If you're the kind of person who wants to take matters into his/her own hands, well, you have the Tiptronic for manual gear changes but then again, if you are a paddle shifters kind of person, there's that too. There might be a millisecond of a delay in changing gears but clearly, I don't want to complain and then be called petty minded. Gear changes are snappy and your fingers start working their way through them like a musician on a fiddle.

For the gearbox, your command is like an order from the king which has to be adhered to. The interesting part about this is that there is hardly any electronic intervention and the auto box will let you rev and push the needle over the redline till about 6500rpm. Sometimes it just makes you happy that the electronics don't take you to be a moron and this car just lets you do what you want and probably, like a patient parent, says "Give him some time, he'll learn." 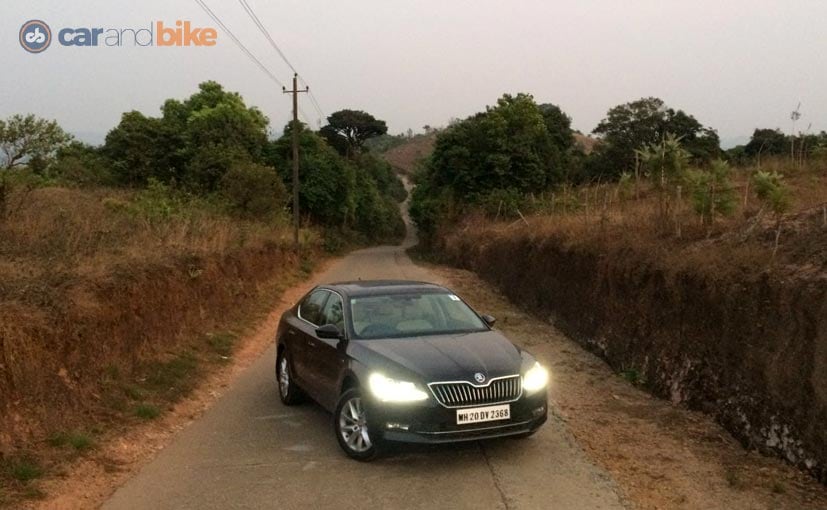 However, it's at such times that you get greedy and start wanting more and the Superb doesn't disappoint. The steering is precise and though it might lack some feel compared to the previous gen, it's extremely enjoyable. Though the car has been raised to suit Indian roads, there's no lack of performance; you point and shoot and this is where you see it all come together- the steering, power, brakes and finally the gearbox. It works as one unit and there's that instant smile across your face. In fact, for me, there was a sense of deja vu as it reminded me of the VW Passat. 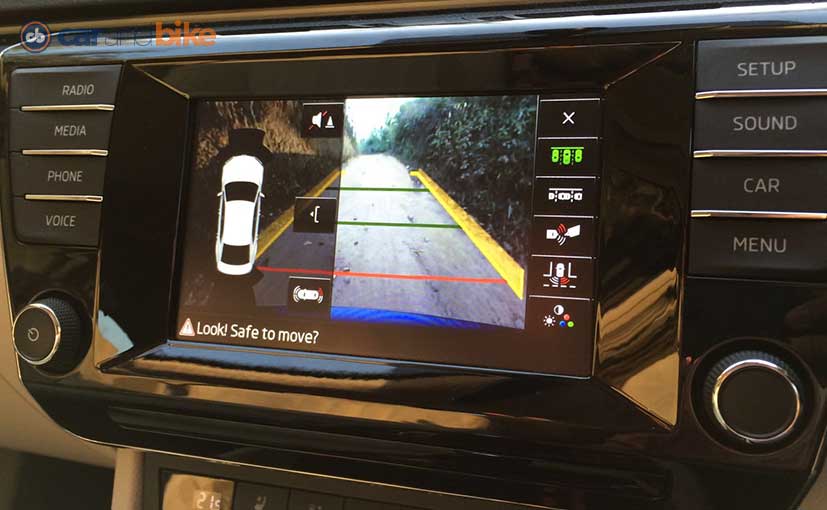 There is no dearth of lunacy and you enjoy it while you can. In fact there is no dearth of luxury either. It comes loaded to the brim with is features like bi-xenon headlamps, electronic stability control, a panoramic sunroof (now without a rotary knob) 12-way electric adjust driver seat, a 6.5-inch touchscreen infotainment unit with SmartLink, Apple CarPlay and Android Auto among others. But the Laurin and Klement version comes with even more and that includes a Canton sound system, ambient interior lighting, driver fatigue detection system, a 12-way electric adjust passenger seat and a three-zone climate control system. There's also a remote controlled opening and closing system for the boot lid. On the safety front, 8 airbags come part as standard equipment. 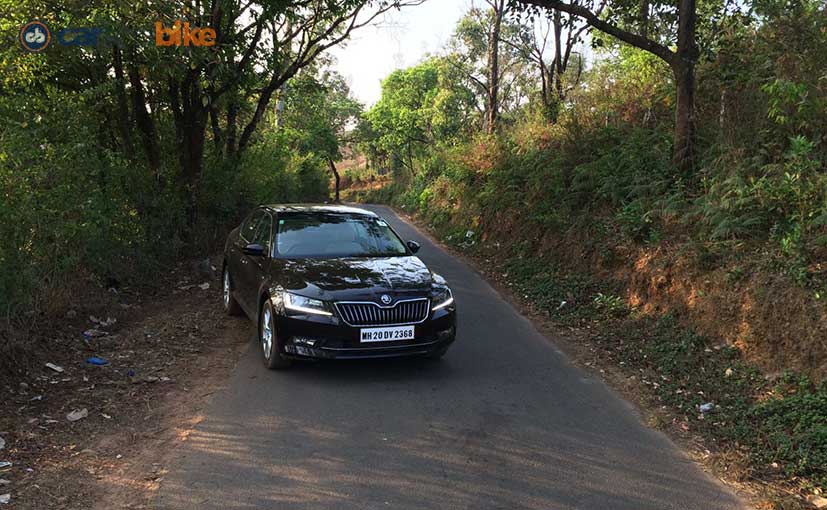 So there's plenty on offer and it suits the bill for all those Uncle Scrooges out there because you get less for more. The petrol variant of the Superb starts at ₹ 23.83 lakh and goes right up to 28.25 lakh while the diesel starts at around 27.73 lakh and goes up to ₹ 30.85 (all prices ex-showroom Delhi). So, it's competitively priced and takes on a whole bunch of luxury car manufacturers and goes after some SUVs as well. So is it a great buy? Yes, of course, and now Skoda has managed to appeal both; those who want to be chauffeur-driven and those who want to get behind the wheel with the new Superb. But Skoda's target audience are those who essentially want to driven; yet Skoda has hit the nail on the head. However, there is a bit of gloom for those who want to book the diesel variant. The company is currently accepting bookings, but the deliveries of the car will only begin in April and that means you have to wait your turn.