Land Rover India has announced its intent to drive in the Range Rover Evoque Convertible as a stylish compact flagship model. While there may be fewer takers for a topless SUV than a roofed one, our drive proves that the convertible is also a fun and sexy car to drive and own. 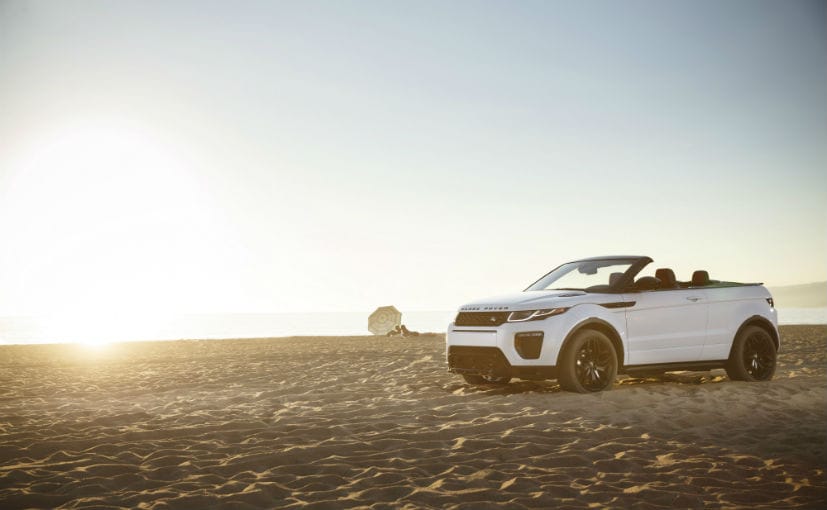 Driving with the top down is always a special feeling, especially if you are doing it in an SUV. Yes, you read that right - I am talking about the Range Rover Evoque Convertible that I drove in California a few days ago. Given this is the US spec model; I could only get my hands on the petrol variant in its HSE trim. There are two diesels - TD4 and SD4, both 2-litre but with different outputs - that are sold in the UK of course. But back to the car at hand. Finished in white, with a black interior and fabric roof, the Evoque convertible does manage to look rather striking. Especially when the car gets to enjoy its full glory, with the roof folded down. The 2-litre, 4-cylinder turbocharged petrol puts out 237 horses and 251 Nm of torque. The transmission is the 9-Speed automatic we have been used to see on the Evoque (and other Land Rovers) for some time now. And it is this same spec that we are getting in India too, in just a few days' time. Land Rover stunned and surprised the world by showing a Range Rover Evoque convertible concept, at the 2012 New York Auto Show. It made it to production only in 2016, and many baulked at the idea. But a couple of years down the line, that idea is suddenly looking like a successful masterstroke, with the convertible doing decent numbers where it has been launched. At the time though, JLR was quite categorical saying India will not get the convertible at all. That decision has now been changed, with the Evoque convertible being ushered in as a marque-defining model. So India will get the 2-litre Si4 petrol like I said, and we will only get the top-end HSE Dynamic trim. This means pretty much everything that is offered on the Evoque model line will be standard on this car. Except for the sunroof that is! 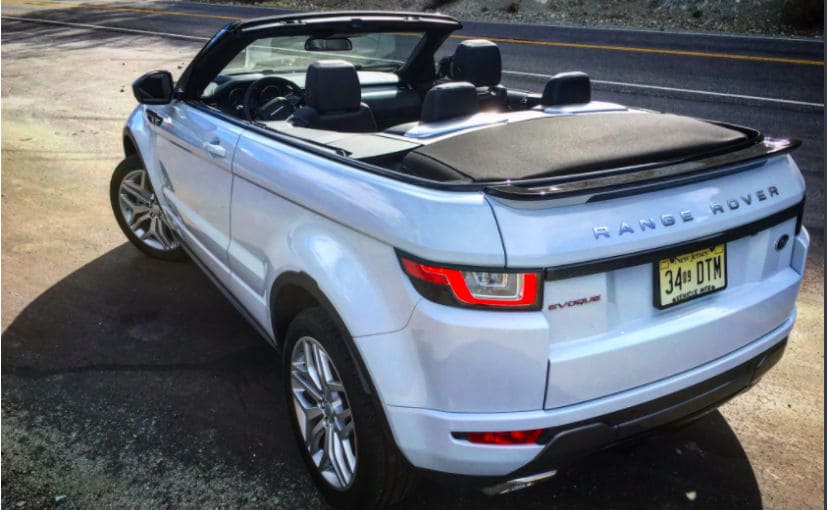 The car's big USP is its very dynamic design with the wheels pushed to the outer edges. The car looks better this way too, as the coupe two-door looks shorter in length and stature with the fabric roof up. Its roof folds down in 18 seconds and up in 21, and can be operated while the car is moving - up to speeds under 48 kmph. The boot opens with a top-hinged hatch, like the Mahindra Verito Vibe's for lack of a better parallel to give you! The cabin is familiar Evoque territory, and you get all the bells and whistles since this is the HSE Dynamic trim. So from sumptuous leather to the surround cameras, you get it all. 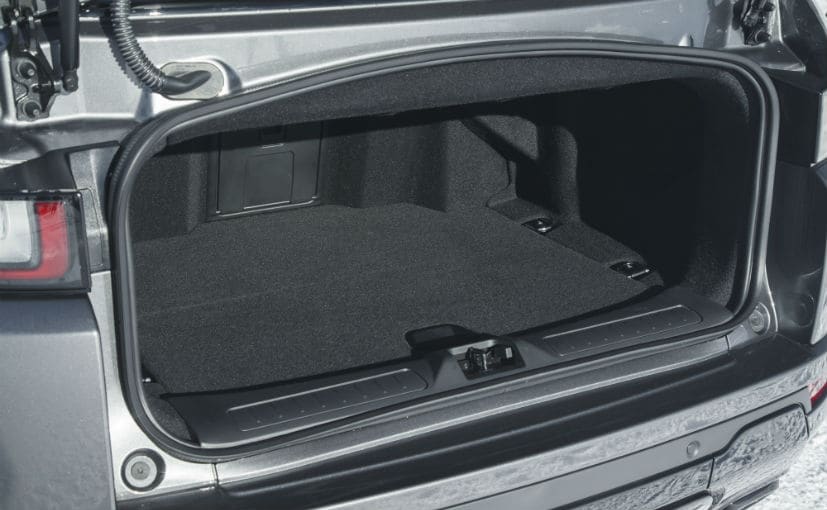 (The boot opens with a top-hinged hatch, like that of the Mahindra Verito Vibe)

The convertible carries that same ethos forward naturally and is also a great handling car. The sense of speed and athleticism does get enhanced though when you put the roof down. The car moves fairly quickly, with a 0-100 kmph acceleration time of 8.1 seconds, and a top speed of 217 kmph. The gear changes are reasonably quick, and the steering is good. But that is all familiar territory as there is not much difference in the convertible's drive feel over its roofed sibling. 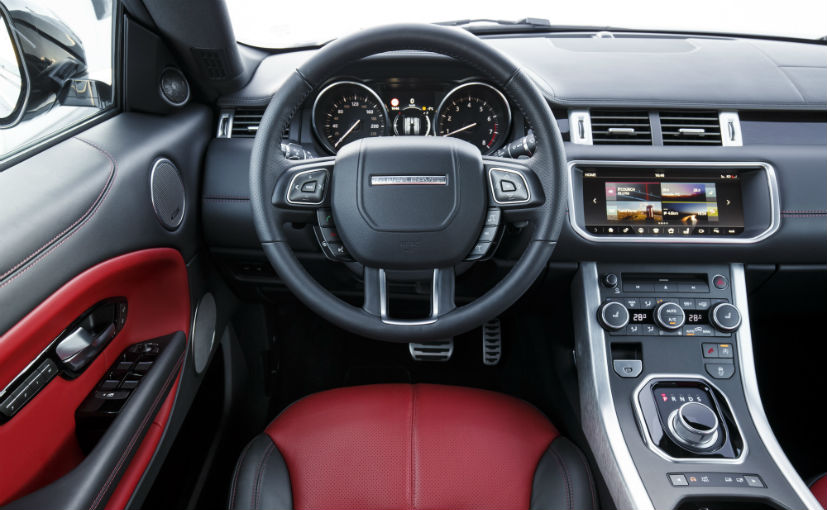 Land Rover has also done well in controlling the wind and road noise when the roof is down, though sound insulation when the roof is up could be a tad better. And that is especially true of Indian traffic conditions, where in the city; you'd likely keep the roof up for the most part. Yet the Evoque convertible is a fun car to drive, with a nimble maneuverable feel.  Of course, the convertible is not a whole lot different in price from the 5 or 3-door car in most markets. But in India where it is likely to be a direct import, expect prices to go north of ₹ 60 lakh (ex-showroom). But for that you will get a stylish, distinct and well-loaded car I reckon. And one that is kind of fun to drive as well!

Porsche Macan
₹ 82.82 Lakh - 1.01 Crore *
Subscribe to Our Newsletter
Over 1.5+ Lakhs subscribers
Thank you for Subscribing to Us