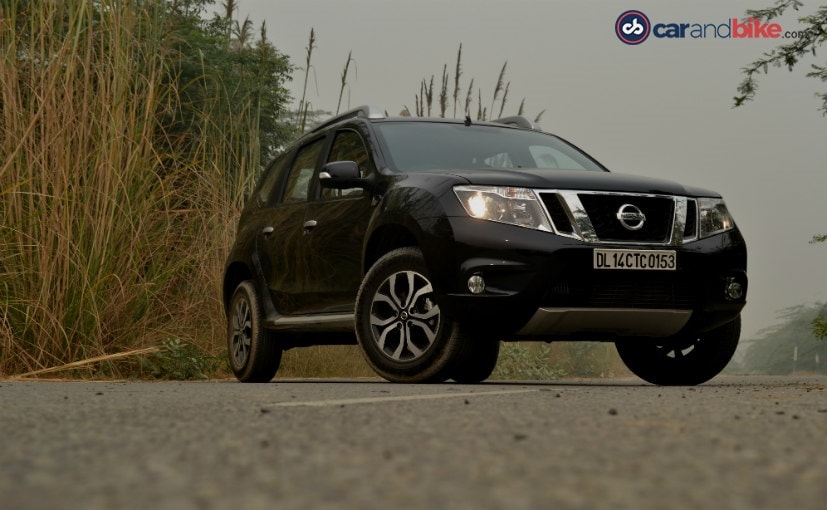 In this world, where traffic congestion is a norm, rather than an exception, automotive manufacturers are trying their best to manufacture cars that make city driving as comfortable as possible. The AMT or 'automated manual transmission' is a step in that direction and the Nissan Terrano is the latest car to join the AMT bandwagon.

Yes, it is the Renault Duster in a different skin, but the Nissan Terrano has always been a stylish-looking compact SUV. The Terrano, with its signature Nissan chrome grille and butch looks, unfortunately could not replicate the success that Renault found with the Duster. But that does not mean that the Terrano is not a good car, it is a good car in its own right. The Nissan Terrano AMT remains more or less the same visually.  As far as features go, the compact SUV gets leather seats, a 2-DIN car audio system with Bluetooth, USB, AUX-in, anti-pinch windows, electric wing mirrors and an arm-rest for the driver as well. 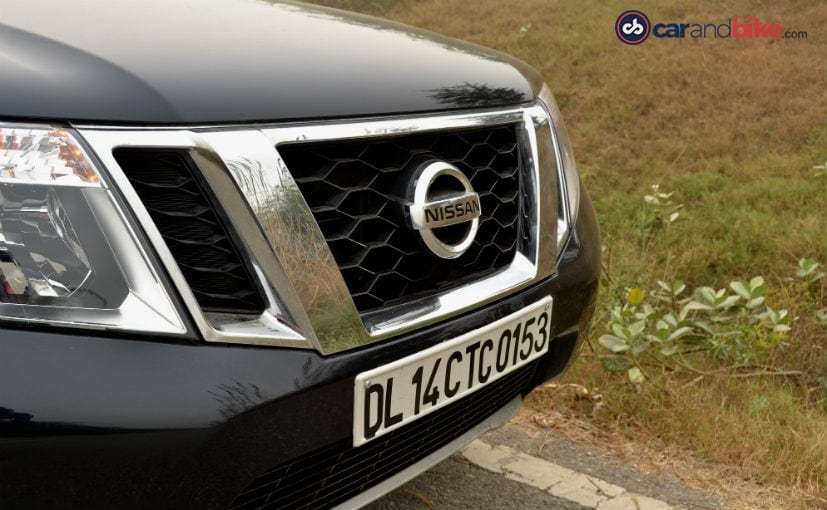 For those concerned about safety, the Terrano AMT gets ESP (Electronic Stability Programme), ABS and dual airbags and Hill Assist. Even on the slightest of inclines, the hill assist function works beautifully, making life easier for drivers who are not very confident while crawling up an incline from a complete stop. 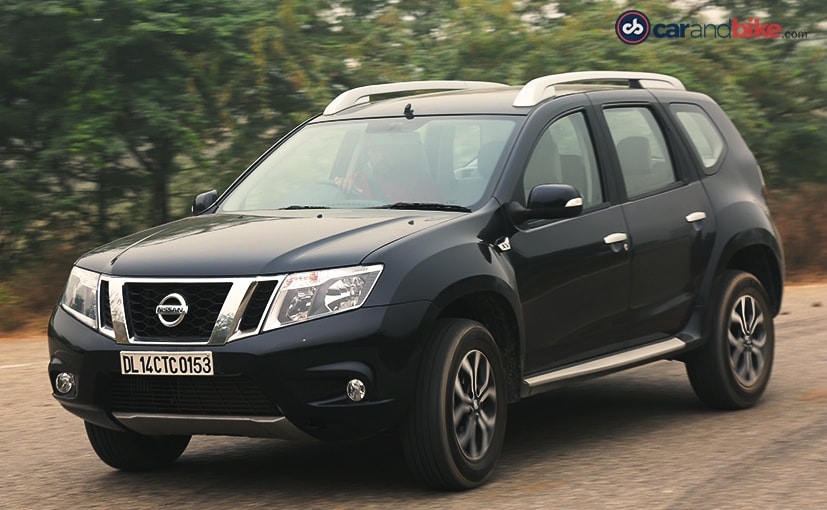 The dashboard layout too remains exactly the same, with the exception of one detail. Instead of a manual gear-shifter, the Terrano AMT gets the gear-shifter with the markings of R for Reverse, N for Neutral and P for Parking. And no! There is no option for Parking. This means that the one has to pull the handbrake when the car needs to be parked. 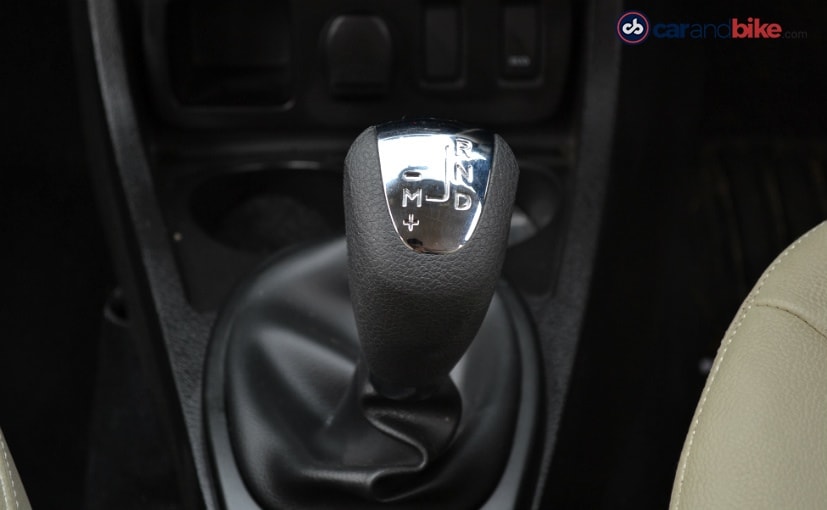 The mechanicals of course, remain the same as well. Nissan offers the AMT on the top of the line diesel variant, which is the 'XV'. It is powered by a 1.5-litre dCi engine which produces 108.5bhp of max power and 245Nm of peak torque. The Terrano AMT has a claimed efficiency of 19.61 Km/l. The engine of course gets a 6-speed AMT unit, which makes light work of driving on traffic laden roads. The other feature worth mentioning is the crawling function. Simply put, when one engages the AMT into 'Drive' mode, the car starts inching forward without any prodding from the throttle. This is a great convenience feature to have when you have to spend a lot of time in bumper-to-bumper traffic.

11.23 Lakh * On Road Price (New Delhi)
The Terrano retains its excellent ride quality and handling abilities. There is no way any pothole or bump is going to make your ride uncomfortable. It handles well too and feels solid at high speeds. 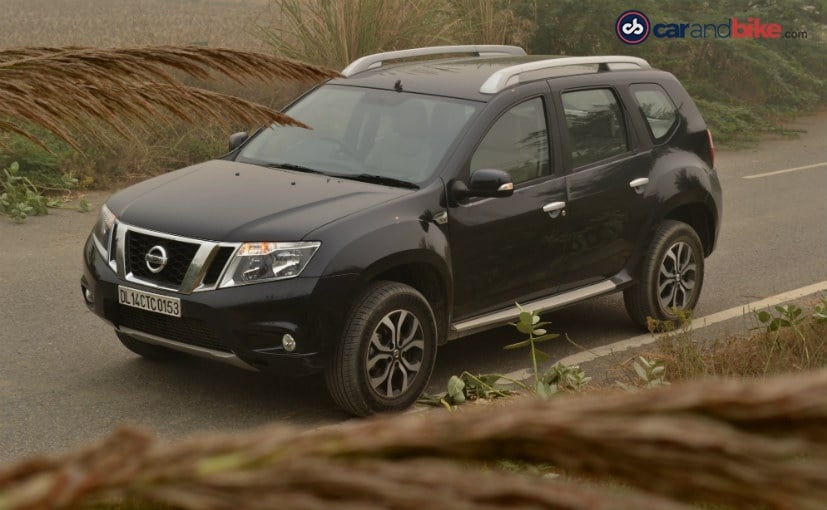 While clutch less driving has definitely made life a lot easier, one has to come to terms with the rubber band effect. In order for the AMT to shift up sequentially, one has to lift off the throttle. This results in slightly unpredictable power delivery and there is a lag as well. So one needs to plan the overtakes well in time. Having said that, it is not exactly difficult to build up speed on the Terrano AMT. One needs to work the throttle smartly and the Terrano AMT will see speeds of 100 km/h and above in no time. It is just a question of getting used to the AMT. 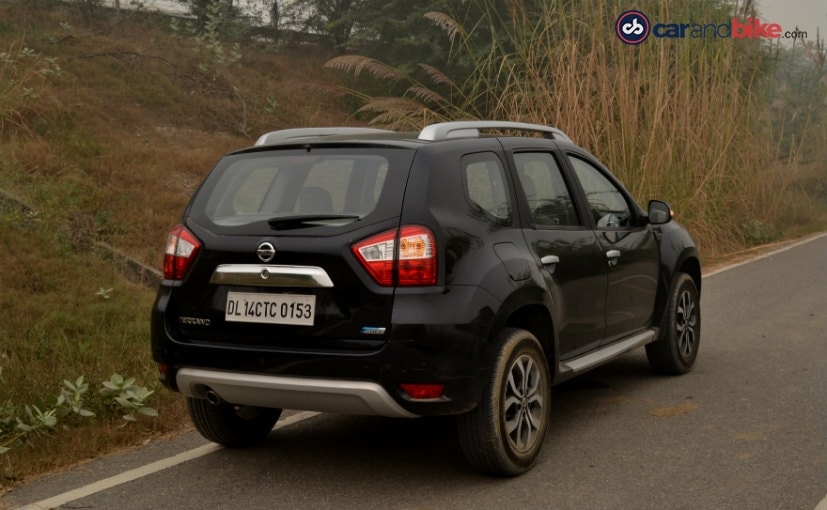 The other miss, that I could figure, in this car are the lack of steering or column mounted controls for audio and Bluetooth Telephony. The AMT is offered in the top variant of the Terrano, which is the XV and a car with a starting price of ₹ 13.75 lakh (ex-showroom, Delhi) could have surely gotten a feature like this. The only concern is that with the updated Renault Duster Easy-R already on sale, will there be any takers for the Terrano AMT? Guess we will have to wait and watch.