The Mahindra Treo is an electric three-wheeler which is probably the need of the hour considering pollution levels are through the roof. But how does it ride and what's the range like? We have all the answers for you in this review 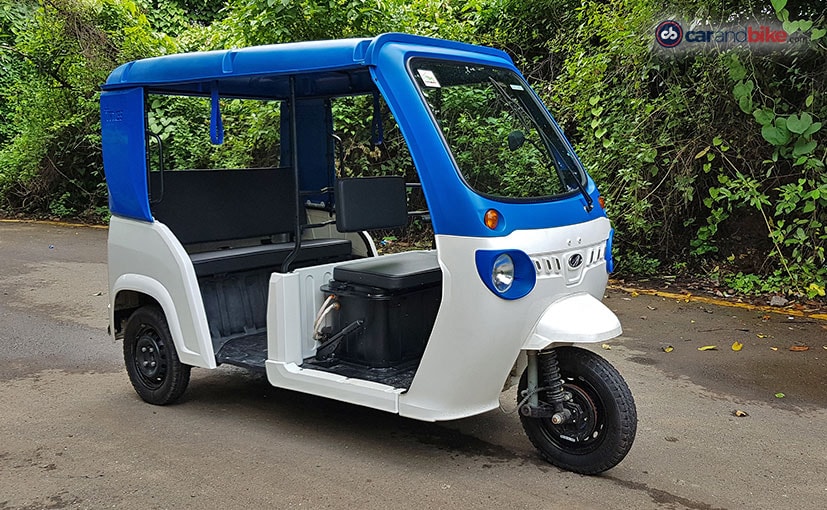 View Photos
The Mahindra Treo is priced between Rs. 1.7 lakh to Rs. 2.75 lakh

Having been in Mumbai all my life, I had been introduced to public transport at a very young age. For me, going to school in a BEST bus or taking the train to college, was something of a task and I am very sure if Asterix and Obelix were to be sent here, it would certainly be one of the 'Twelve Tasks' assigned to them. But the comfort of a three-wheeler; which if you could manage to hail one and if the rider thought you were worthy enough, was something that really caught my attention. It was no doubt one of the coolest things to be - a rickshaw driver. The gear changes, the turning circle, the fact that you could squeeze out of any traffic jam whatsoever, made it the ultimate treat. Having driven one later in my life, and having enjoyed every bit of it, I was given the opportunity to ride something new, something that spells future and certainly has last mile connectivity written all over it. I am talking about the Mahindra Treo and why is it the future you ask, well it's all-electric! 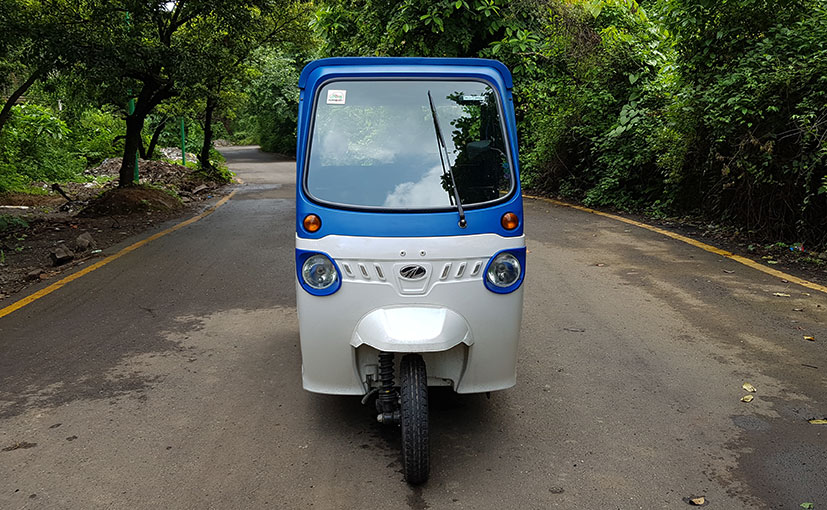 The company launched the Treo almost a year ago with prices starting at ₹ 1.74 lakh and it was made available in two variants, Treo and Treo Yaari, each with hard or flex canopy soft-top options. What we have here is the Treo and that costs ₹ 2.75 lakh and it is capable of seating a driver plus three passengers like any conventionally-fuelled auto rickshaw. The Treo Yaari seats a driver plus four.

The Treo definitely looks like the conventional look of the auto rickshaw, but it's the white and blue that sets it apart as an all-electric three-wheeler. You have the two headlamps gracing either sides of the front of the e-rickshaw and giving it a Mahindra flavour is the grille which gives it that distinctive look. It isn't a functional one of course, but it certainly attributes to the company's DNA. 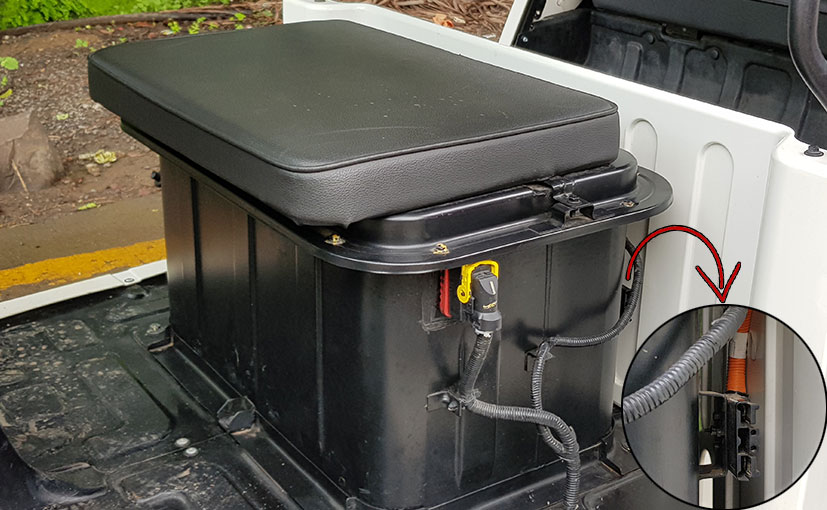 The lithium ion battery is situated under the front seat and takes 3.50 hours to charge fully

Get into the rider's seat and you're greeted by the digital display up front and then there's a cubby hole to your left and a lockable storage space to your right. There's no change in the way the handle looks compared to the conventional rickshaw. The only thing missing there is the clutch and gear and that's because this one is powered by a single gear and yes it's automatic. 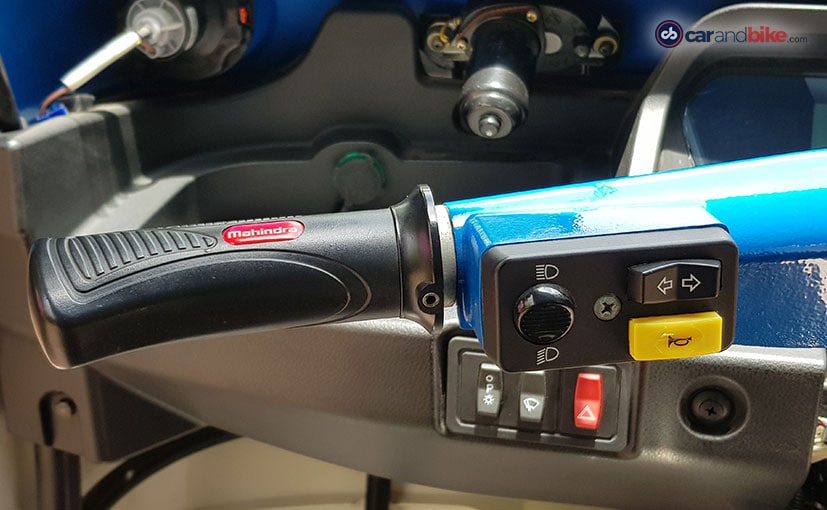 The Mahindra Treo does not get a clutch and gear shifter

Switch it on and you're greeted by an orange back light illuminates the display which gives you all the details like trip, range, speed-o-meter, among others and of course, there's no kick start needed for this one, so there's no distinct sound when you switch it on, because, well, as we told you earlier, it's all electric. The Treo is powered by a 7.37 Kwh lithium-ion battery and the power generated by this battery is around 7.2 bhp. Twist the accelerator and the instant torque of 30 Nm pushes you back into the seat and yes, it's fun. You see the speed build up and go up to almost 45 kmph, which is its top speed. And it doesn't go beyond that, I tried. Frankly, you don't need it to be fast, it's the convenience and no emissions that should matter. 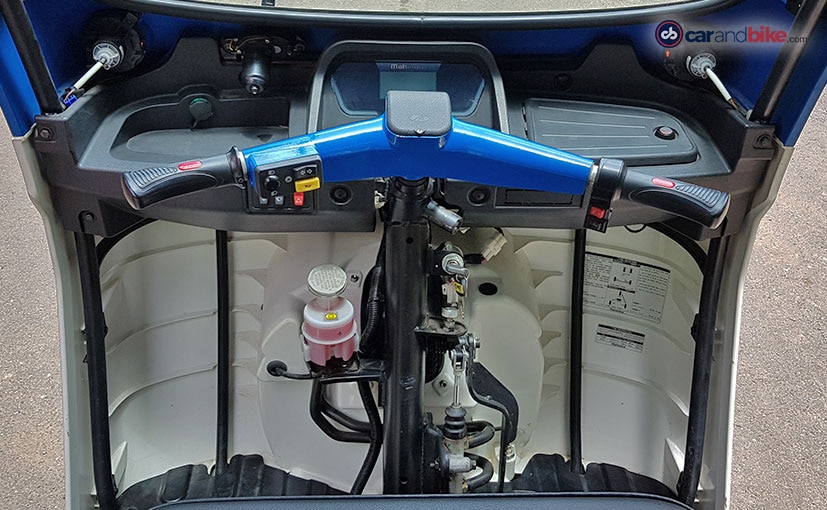 Inside the Mahindra Treo comes with a digital display up front, a storage space to the lift and a lockable compartment on the right

In city traffic conditions, this will come in handy and that's because the average speed itself is lower, so conserving energy will play a key role with the Treo. Off the line, it's quick and it takes you by surprise and that's will all electric vehicles. You can't help but notice a slight 'whizzing' sound as the speed builds up and yes, it is pretty comfortable to ride. The helical spring and dampener as also the hydraulic shock absorber provide help provide good ride quality. It takes the pot holes in its stride and the hydraulic shock absorbers make sure that the thud or bang made due to the front wheel going into a pothole does not get pushed up to the rider and the absorption of the impact is restricted to the wheel, which is really good. 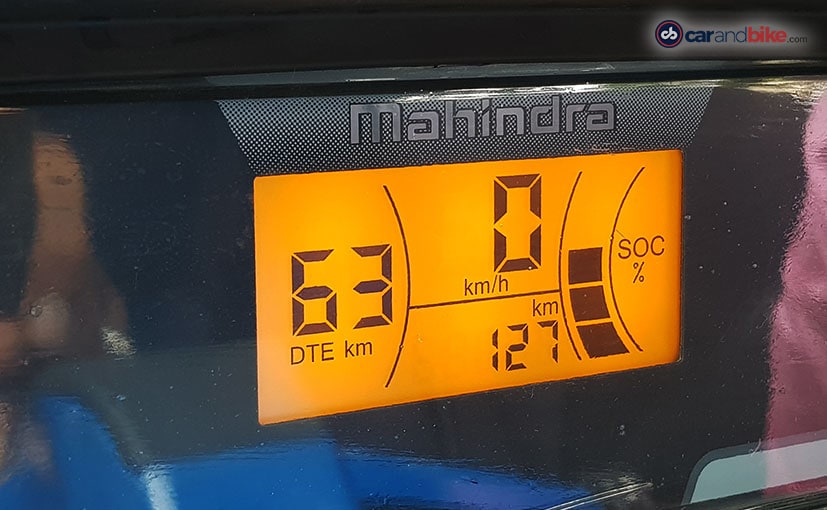 The digital display on the Mahindra Treo shows the trip, charge level and estimated range

The seats at the rear too are comfortable. There's good knee room for a big guy like me and the ride too is on the softer ride thanks to the leaf spring and shock absorber at the rear. If there's a bigger crater to tackle, there is a bit of movement in the cabin, but small ones are dealt with ease and that's exactly how you want a three-wheeler to be right?

Mahindra claims that the Treo has a certified range of 170 km on a single charge and that's pretty good, but in typical driving conditions that can come down to about 125-130 km, which in a city is still alright. And there's regenerative braking too which sends all the energy back to the battery, adding to the kilometres. The 2.9 metres turning radius too makes it extremely maneuverable and that's a big plus too. But that's not the only plus point. According to Mahindra, the Treo offers a low running cost of 50 paise per km, with the potential to save up to 20 per cent more compared to an LPG-powered auto rickshaw; and that's something that will also attract a lot of buyers towards this electric three-wheeler. 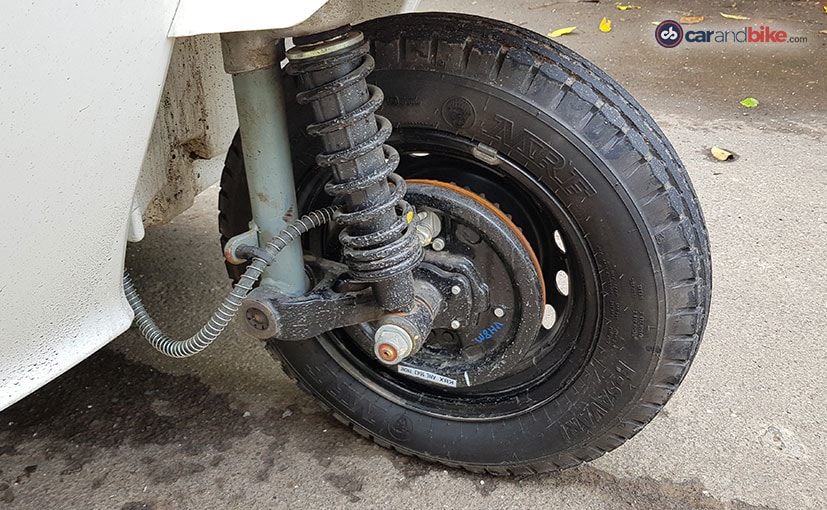 While it is surprising that Mahindra hasn't really pushed for the Treo in terms of advertising or marketing, it's word-of-mouth advertising that's giving the Treo the boost in sales. From May 2019 (after it received the Fame II certification), Mahindra has been able to sell 2000 units of the Treo and that's a big number. While there's demand for the three-wheeler and supply too, the part which hasn't been addressed yet, is the infrastructure bit, so charging stations. 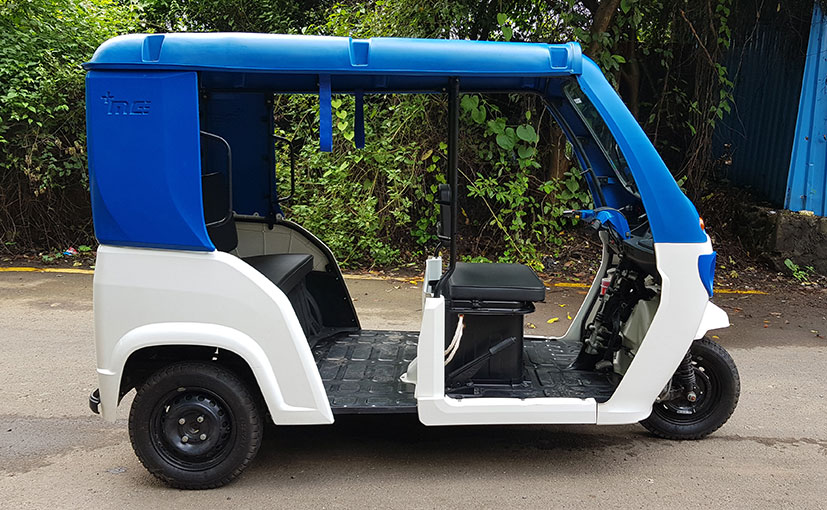 While Mahindra has worked with Magenta to launch EV charging station in Bengaluru, there are cities where these still need to be established. Given that the time taken to fully charge the Treo is approximately 3.50 hours, is of course, another matter altogether, which is keeping current operators, to shift to this green (or in this case blue and white) alternative. But of course, you're asking about the battery warranty and Mahindra offers a warranty of 3 years on it. 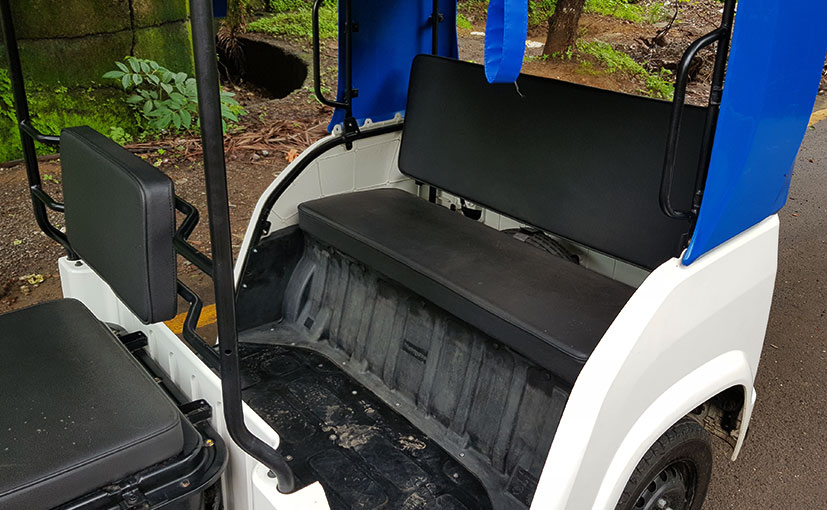 The Mahindra Treo is a big step towards bringing in connectivity within cities and transforming cities into smart cities with zero emission travel. It is the need of the hour then, considering pollution has been on the rise in many major metros across the country.