Driving the Hyundai Nexo is somewhat like driving the future. Here's our road test review of the first hydrogen-powered fuel cell driven model from Hyundai Group and it's promising, engaging and pretty impressive. 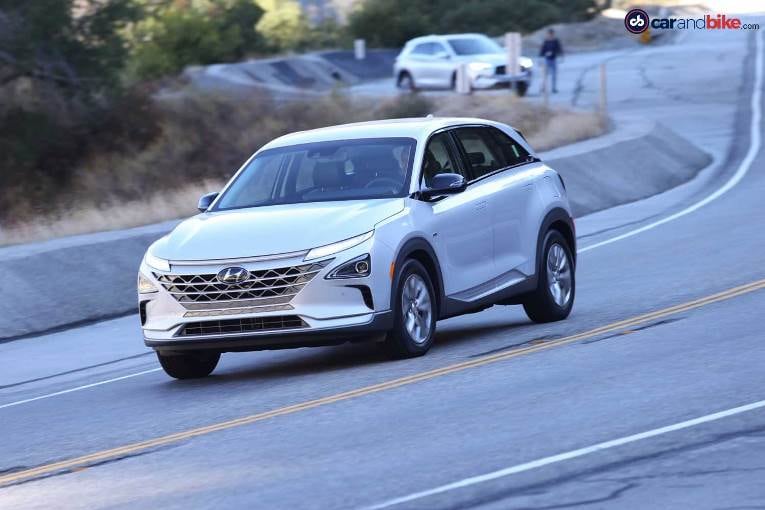 Why did Hyundai make the Nexo?

The Hyundai Nexo is quite literally the opposite of what you may expect from an FCEV or hydrogen fuel-cell electric vehicle. It comes at a time when the world may seem to be veering towards EVs and yet they are not seen as the only or ultimate solution to moving away from fossil fuel generated cars. It also comes at a time when Hyundai has declared it will have 38 'green or eco-friendly' cars in series production by 2025 - of which 2 will be FCEVs. 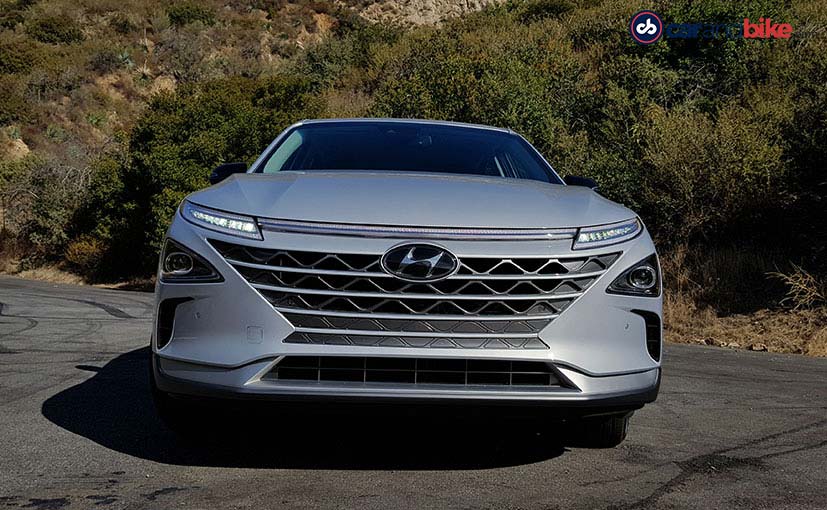 And after having experimented with the ix35 (or second gen Tucson) FCEV, the Nexo is a step in that direction alright. It uses its own bespoke platform and doesn't borrow an existing one. The Nexo is also impressive in ways you don't expect, and doesn't look like some strange sci-fi experiment (read Toyota Mirai). I have had the chance to drive the Nexo extensively in sunny California, and then again over a shorter stint in Korea at Hyundai's R&D base in Namyang. So what you find below is an amalgamation of both experiences - though mainly the US car!

So yes the Nexo is good looking, is an SUV (what else?!) and immediately conveys a certain sense of modernity through its design. The shape is crossover like, and yet the car sits tall. The face is very modern and while you may not like it instantly, you will see it as very futuristic. 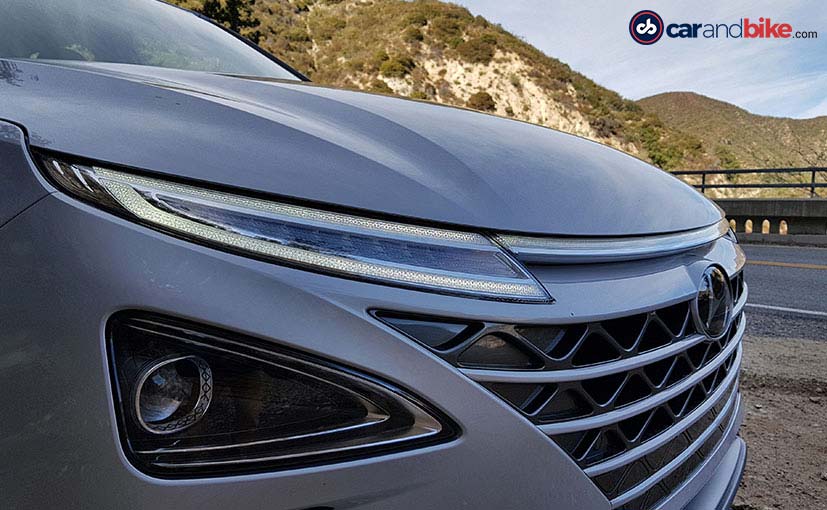 The grille and headlamps, as well as the DRLs are all meshed together in a geometric pattern. At the rear are clear LED taillights that standout in the crowd - for their simplicity and understated white look treatment. While it's compact and proportionate, it is still larger than that Tucson FCEV was.

The car has a 120 kW motor that puts out 161 bhp and 395 Nm of torque. The reason I said it will surprise you - is that it is more 'regular' car-like than you may expect. I accept my bias came from early FCEV experiences I have had over the past 10-12 years - with the likes of early prototypes like the Nissan X-Trail. But those were early days for the FCEV revolution. Oh wait - I still cannot call it that - and that is because the majority still bets on EV over FCEV! Now the FCEV is a different animal. 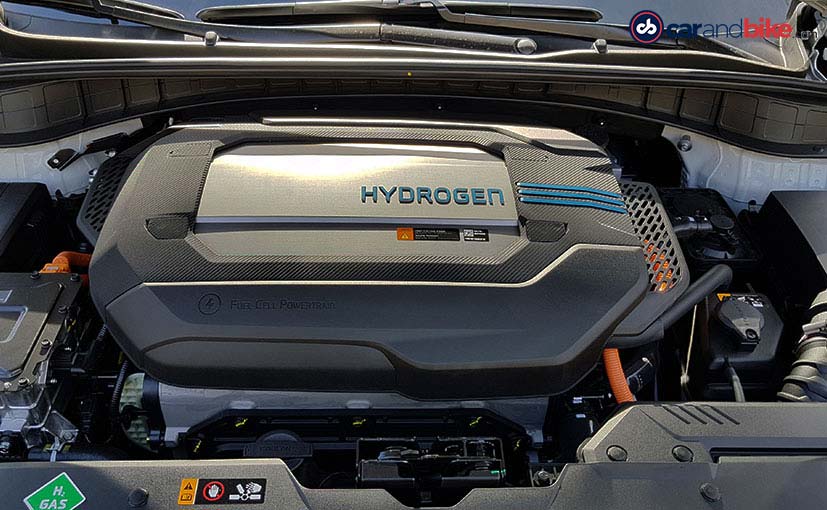 Barring the recent Toyota Mirai that is every bit as boring as the early cars, the Honda Clarity is quite engaging. But the Hyundai Nexo takes it a few steps further still. Yes this is an impressive car. For the most part. And kudos to Hyundai Group for relentlessly keeping the R&D and investments going. 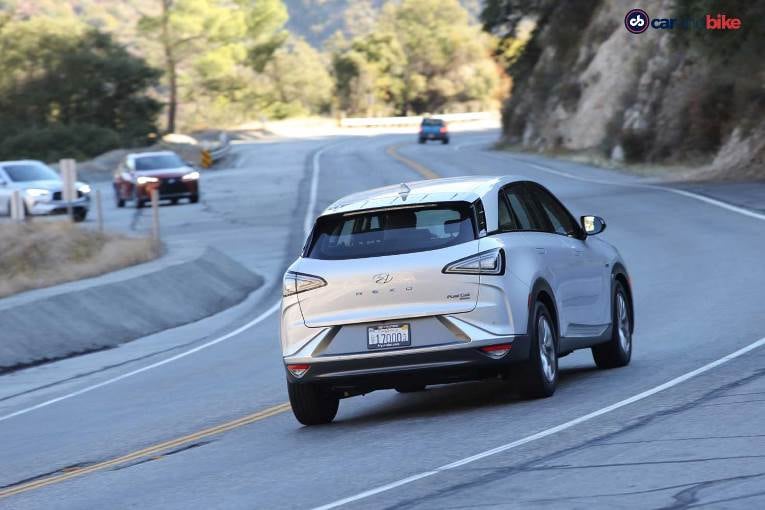 The Hyundai Nexo is very quiet, with wind, tyre and road noise staying clearly out of the well-insulated cabin.

The car drives very well given your expectation. It is not as quick as the Tesla Model X, but still manages 0-100 kmph in 9.2 seconds. It corners better than I had thought it would, and the steering as well as chassis help you hold the line you want - even at speeds closing in on triple digits. The whole experience is also very quiet, with wind, tyre and road noise staying clearly out of the well-insulated cabin. That hush adds an air of premiumness to the car's good ride quality. 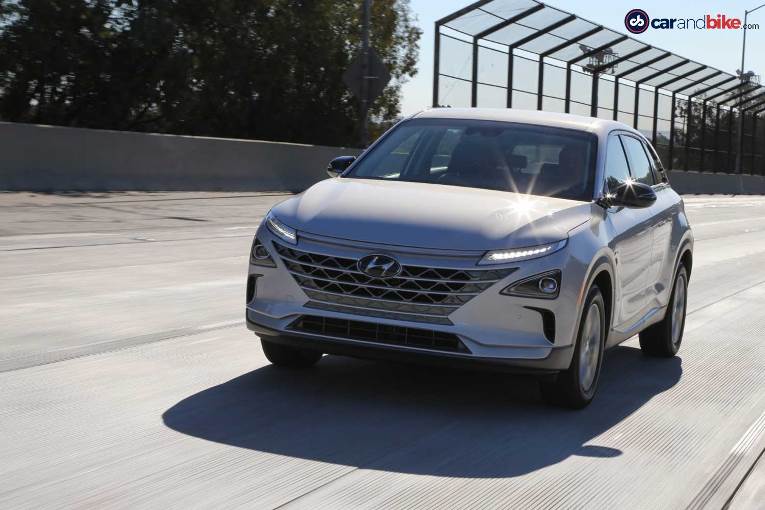 The Nexo has some semi-autonomous features - and so it will pilot itself on a well-marked road (keep your hands off the wheel for too long and it dings a chime to remind you not to!), has blind spot cameras like Honda cars now do, and also can park itself. The paddles behind the steering wheel can be used to operate 4 different levels of regeneration to send power back to the battery. But it is not a single pedal type application, so even at the 3rd (highest) level of regen you feel a slight braking effect only. 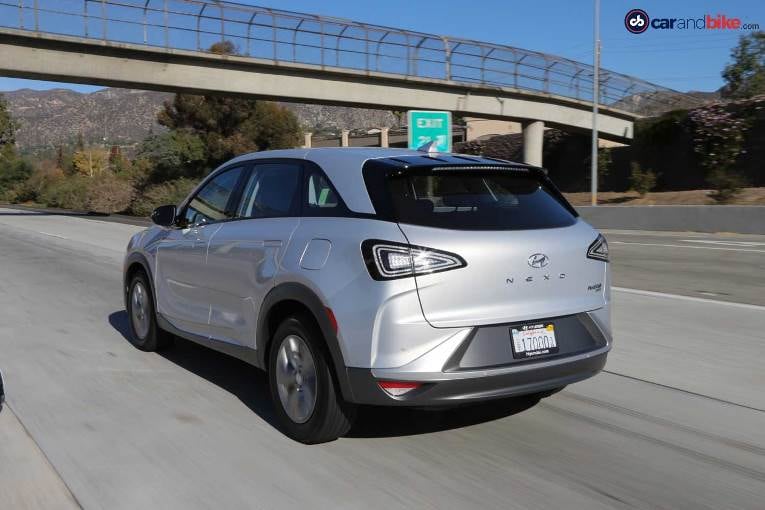 The Hyundai Nexo sees 4 different levels of regeneration to send power back to the battery.

The big difference between an EV and an FCEV is the source of power. Eventually its still a battery pack that supplies electric power to the motors that run the wheels. But the FCEV has a renewable source of energy - hydrogen, while the EVs use electricity that may come from multiple sources - dominated sadly by thermal or coal based generation. That is still a fossil fuel after all then. So hydrogen could be the way to go. But hydrogen is unstable, reactive and dangerous. Yes we all grew up learning that. To counter that the Nexo has 3 fuel tanks - each made with carbon fibre - so will not blow up, crack or leak, says Hyundai. And if the system does detect a leak - in the case of an accident or otherwise - it has a purge function to quickly throw all the hydrogen out. Before it can catch fire. 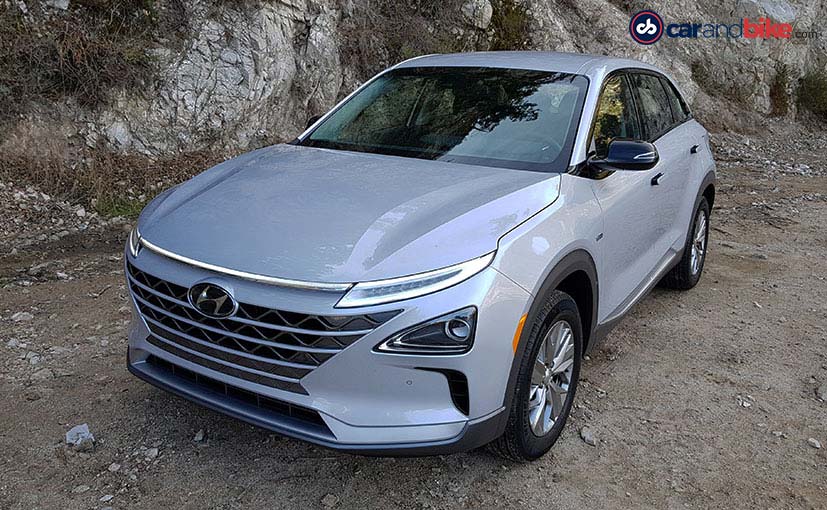 So yes it is safe. Hyundai has also taken pains to try and ensure that it is a lot more. I say this with some sense of admiration, since development for the Nexo would have overlapped some of the Mirai's and Clarity's - meaning its not like they waited for those cars and then only set about trying to improve on them. Nope, the Nexo is a lot more dynamically capable than them - especially the Mirai - despite being an SUV. That it had to be one of those was a given for Hyundai, given how SUVs are the hot selling segment. It also gave the engineers more room to keep all requirements of the system and consumer in mind. 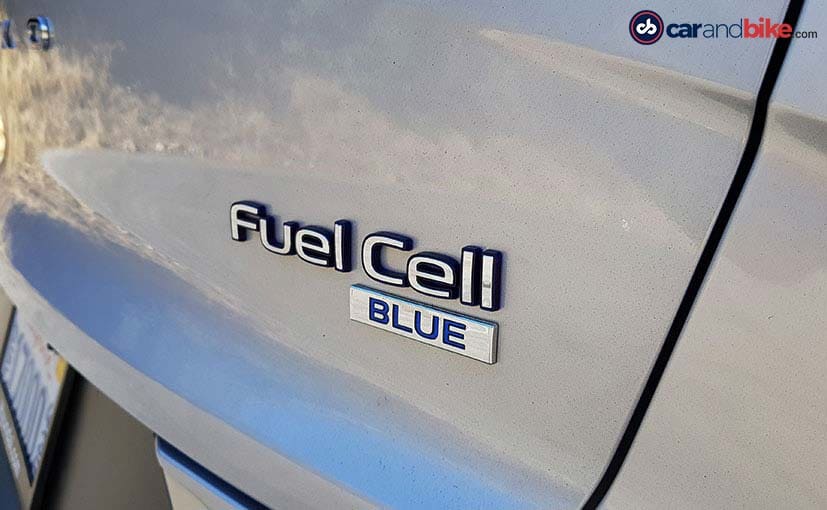 The Hyundai Nexo is the company's first Fuel Cell Car

The reason I am highlighting the above point is quite simple. Hydrogen dispensing stations are scant at best - even in the developed world. There are plans from governments and city administrations in some places to boost those numbers. But even so that gets limited to the likes of Seoul and Tokyo - with a rare few joining them from Europe or North America. Yes this is a credible fuel of the future - given the point I made about how hydrogen is renewable while electricity for EVs may not be as green for their source of power. But having said that - expanding the base of hydrogen powered vehicles will still take some time. It is not just about the expense, while I am relieved that it is a lot safer now - and the technology exists already to ensure that. That tech has also brought down the costs. But fuel cell power may still be more feasible for commercial vehicles in the short term - intercity trucks, intra city buses - as prime examples. Fuel cell locomotives would be a credible option for trains - especially the freight kind, that do massive distances and loads.

Back to the Nexo though, eh? The car's cabin is quite the departure for Hyundai. I mean that in design and layout, as well as palette and material terms. There's a dull blue and grey treatment - though you also get light and dark grey options. All controls are finished in a dull silver, and while it looks significantly modern and is ergonomically different from other Hyundai SUVs - it is all rather crowded. 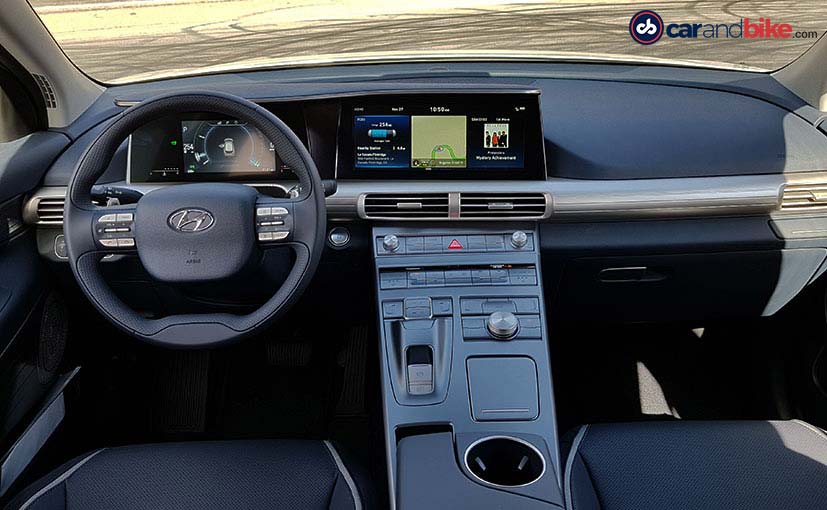 Even the overly fastidious Porsche has finally begun moving away from an array of buttons in the central console, and so the Nexo is a bit surprising for all its controls in the very wide central console. Don't get me wrong - everything has a purpose, and sometimes it is better to have a button than to go through a complicated menu to find a function or feature. A lot of what is typically on the vertical central stack - like climate control or music - are also down here - which adds to the crowded feel, so I don't wish to be unfair about the usage. The Nexo is convenient, has all the tech you can expect - and also packs in some much appreciated active and passive safety and driver aid functions. 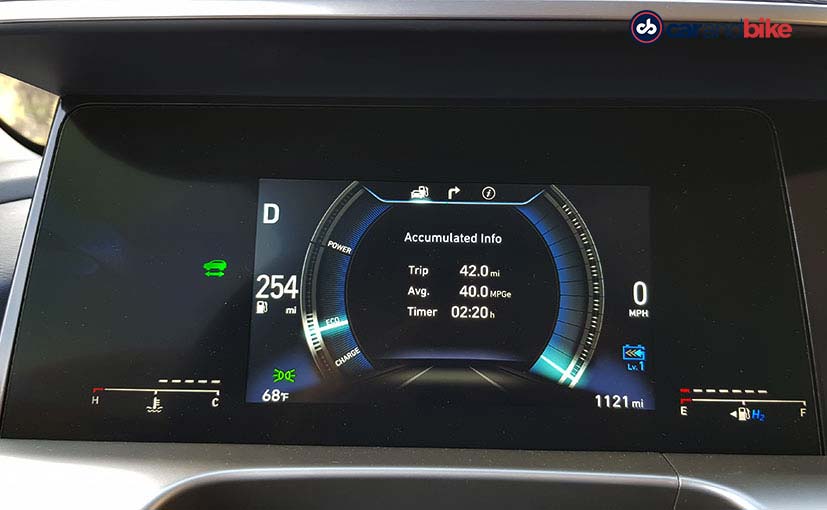 The virtual instrument display is a tad Mercedes-Benz like, but is simple and has nicely designed graphics. And yeah - that touchscreen gives you all the features you would expect - from connectivity to nav. All the systems and interfaces have their own new look interface and graphics - and so there is no carryover from other Hyundai models. There is an inbuilt air purifier system that - get this - cleans the air the car encounters, and puts clean air back into the environment. Yes a moving air purifier that cleans the air around it as it moves. Imagine 500,000 of these driving around in Delhi! Hmmm that is quite an idea isn't it? Needless to say the cabin has filters and ionisers to provide clean air to the occupants too. 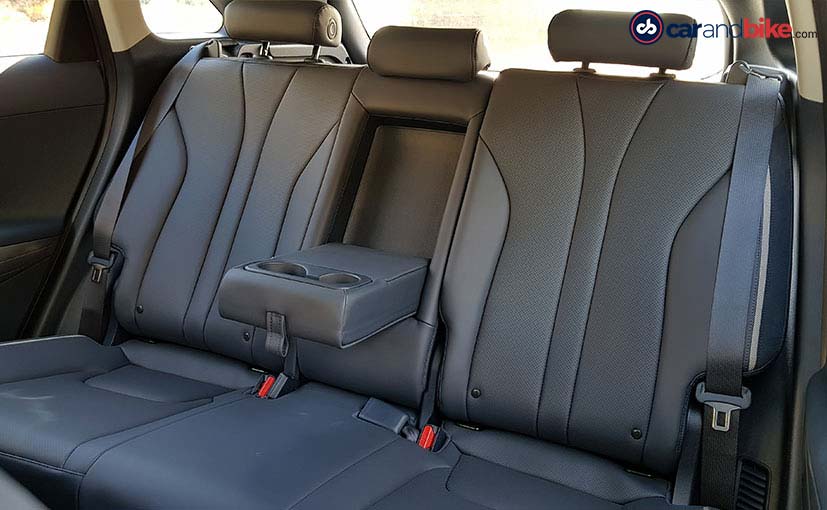 The Hyundai Nexo gets comfortable seating all around

Seat comfort and room for all occupants is good, and the ride quality will keep you very comfortable. While no engineering marvel, the Nexo's attention to most details that would matter to any user are remarkable, Most hydrogen cars are given on special institutional lease programmes to users in specific cities - more as research or pilot projects. While this is true for Mirai and Clarity worldwide, and the Nexo in most parts of the world that its gone to, it is not so in South Korea. 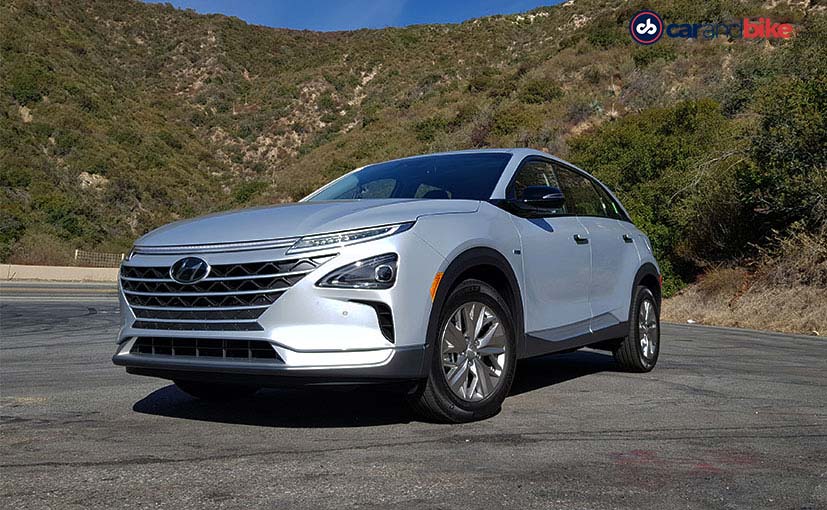 The Nexo is available for sale in Korea - to any buyer. That is very cool. Of course the only reason it is even considered is due to huge incentives and subsidies that brings its cost down by well over 50 per cent - to just over 33 million KRW - around Rs 20 lakh. Now do you agree that is attractive?