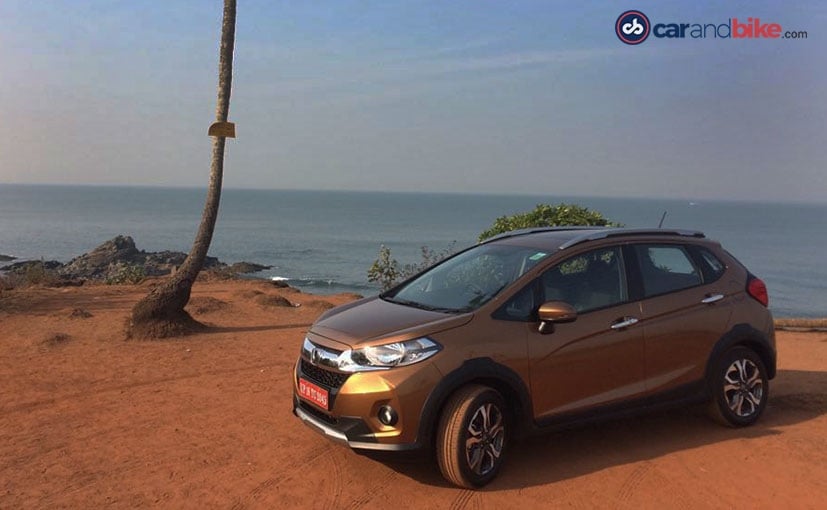 Honda Car India describes the WR-V, its newest car, in the country, as a 'Sporty Lifestyle Vehicle' and nowhere does it say that it's a crossover or an SUV. So, that decision has been left to us. For starters, the WR-V is sub-4 metres, but still is 4 mm longer than the Jazz. That might not be much, visually speaking; but on paper, yes it's longer. There are a few changes, on the design front too, but the deep character line, on the side is no different, than the one on the Jazz. Honda WR-V has been launched in India at a starting price of ₹ 7.75 lakh (ex-showroom, Delhi)

It's the front, where all the changes in design have been made. In profile, it shares fenders and the doors with the Jazz, but features body cladding, for a beefier look. It also comes with LED daylight running lights (DRLs) which will be standard on the car. The rear too has been heavily differentiated from the Jazz, by a different tailgate and bumper. 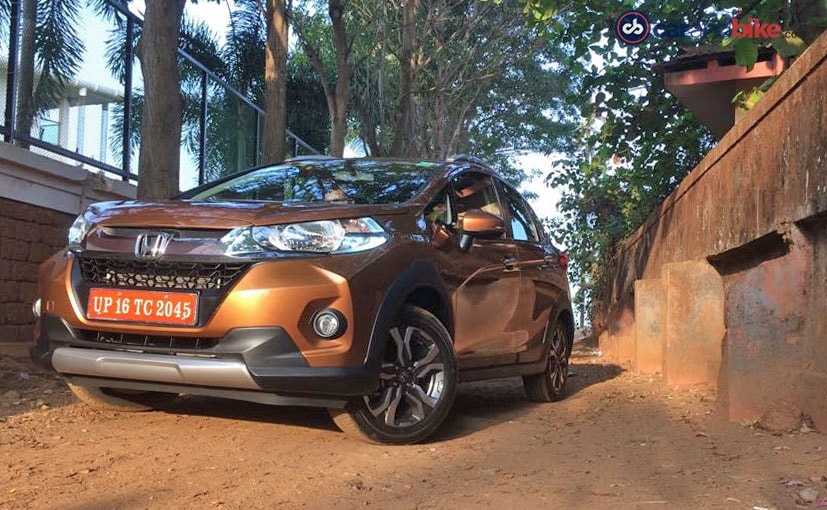 Overall then, the Honda WR-V is more of a crossover vehicle than an SUV. The WR-V is based on the Jazz hatchback, but there's a lot that has improved. For starters, high-tensile steel has been added, in the middle of the body, to enhance collision force absorption. The thickness of the front suspension mounting has been increased and the new rear bumper beam too reduces crash damage, at the rear. The folks at Honda Car India said that the WR-V performed very well, in occupant safety, in the crash tests conducted internally. We therefore asked whether it complies with the safety norms that'll come into force, in India, soon and the company stated that considering there are no guidelines in place yet, for India, it will not comment on it. All it said was that structural rigidity has been improved. 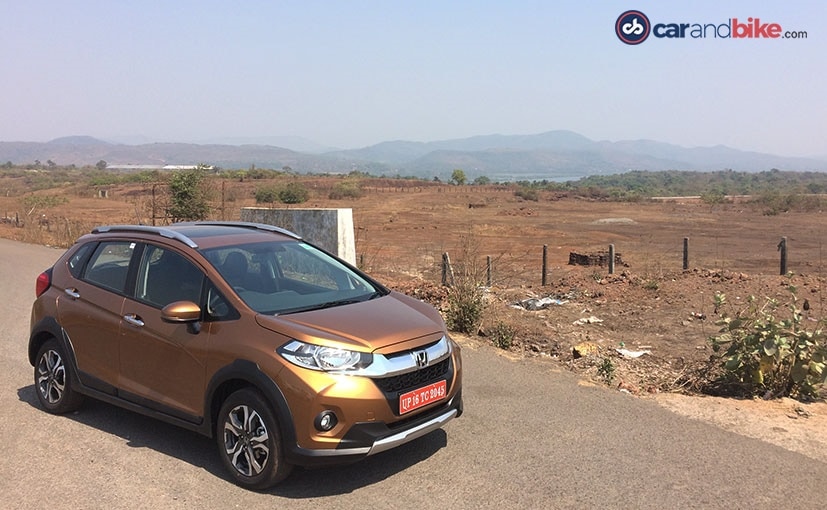 The reinforcement of high-tensile steel makes the WR-V 50 kg heavier than the Jazz, but that's not the only department in which it surpasses the Jazz. It's longer (by 4mm), taller (by 51mm), wider (by 40mm) than the Jazz and there's more space between the wheels too (25 mm more). But, of course you want the figures of the ground clearance and that stands at 188mm, as compared to 165mm on the Jazz, so there's an improvement on that front too.

Now, we'd first seen the car in November 2016, when it was unveiled at the Sao Paulo Motor Show; so obviously you'd think that the car would be launched there first. Well, no, the global launch of the car will happen in India and ours is the first country to be the first in both producing the car and launching it and that's quite a big deal. It's also been designed and developed by Honda's R&D team, in India, while inputs were taken from the company's global R&D team too. 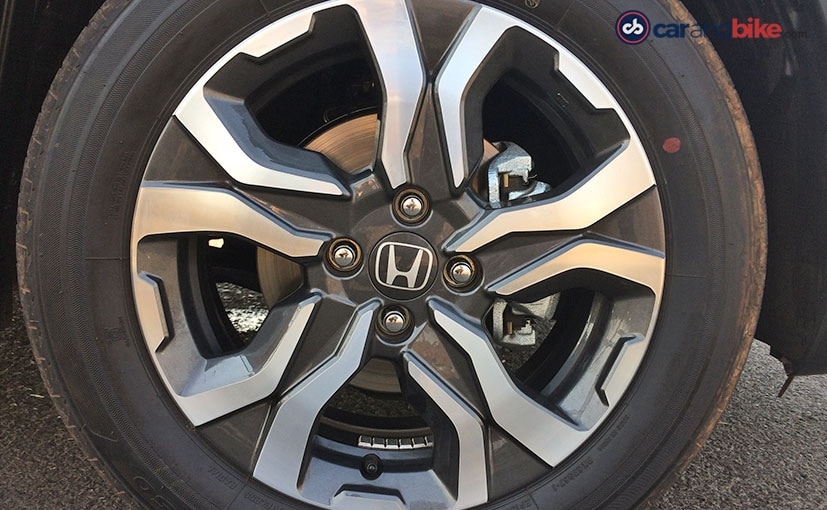 It's the India team that suggested that the WR-V needed chunkier tyres, to help in bringing out that stance and that's why you see 16-inch wheels, on the crossover. The 190/60 R16s look good on the car and while this does bring us to the question of ride quality, let me tell you that the suspension has been tuned,keeping a lot of things in mind - the increased ground clearance, wheelbase and tyre size. The rigidity in the lower arm and knuckle has been improved and even when you go through a bad patch of road, it doesn't rattle you. The car is stable and extremely comfortable. You aren't knocked around in the car and the ride too isn't firm. Honda has got the suspension set up brilliantly accurate, as it's not too firm and neither is it too soft and so it soaks in the deep potholes any roads have to offer, in a true crossover style. 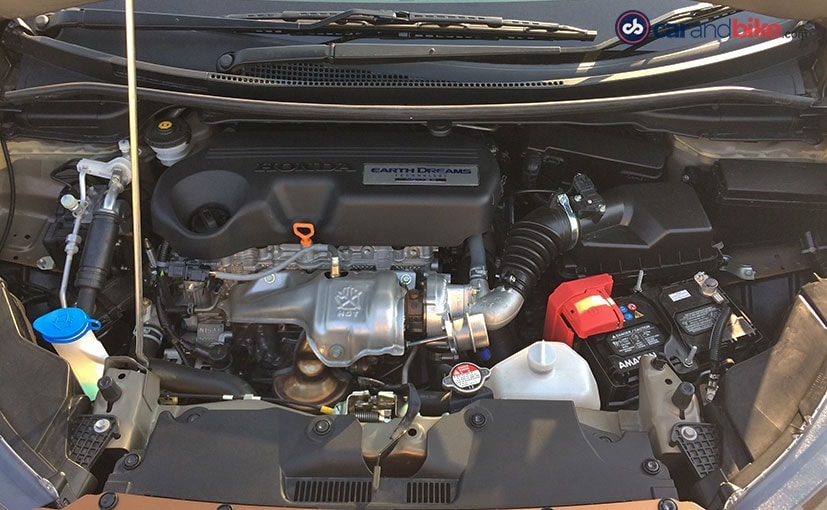 On the engines front, the Honda WR-V is offered in both petrol and diesel and this came as no surprise really. We drove the diesel first and the 1.5 litre mill produces the same amount of power as well as torque, as in the Jazz. So there's 99 bhp on offer and a pulling power of 200 Nm. Start the engine and it's very apparent that it's a diesel and it's quite vociferous, in acknowledging that. As the revs build, the decibel inches a notch higher and we sure wish there was more insulation, to keep the engine noise out of the cabin. Honda says that it has tuned the gear ratios on this one and it has, for more efficiency. As a result, the WR-V puts out 25.5 Kmpl and that's pretty good considering that the EcoSport diesel returns 22.27 Kmpl and the Vitara Brezza 24.3 Kmpl. But this affects the way you drive. The gears need to be changed more frequently and the power delivery from the transmission to the wheels accounts for a slight delay and hence a lag. Though the torque figure is a respective 200 Nm, you have to be above the 2200 rpm mark, till you actually see it kick in. We noticed this, when we were climbing some steep slopes. On flat surfaces, like the national highways or the city roads, we encountered, there was no complaining, but the delay in power delivery is extremely evident and you can't help but feel disappointed, considering that on paper it's the most powerful diesel crossover, in the country.

The 1.2 litre petrol is also the same engine, as on the Jazz, and produces 89 bhp. It's at its chirpiest at low speeds and works beautifully well, at the lower end of the power band. The power delivery falls flat, as you go higher up the powerband and this means that you have to downshift to boost your power and move ahead. Now, you might think, this will constitute your changinggears from time to time and that's no worry because the clutch is light and you don't feel the strain. The petrol WR-V gets a five-speed manual transmission, which is smooth to operate, but the gearshift is small and hence difficult to grip. We asked about the CVT, but there's none planned yet. 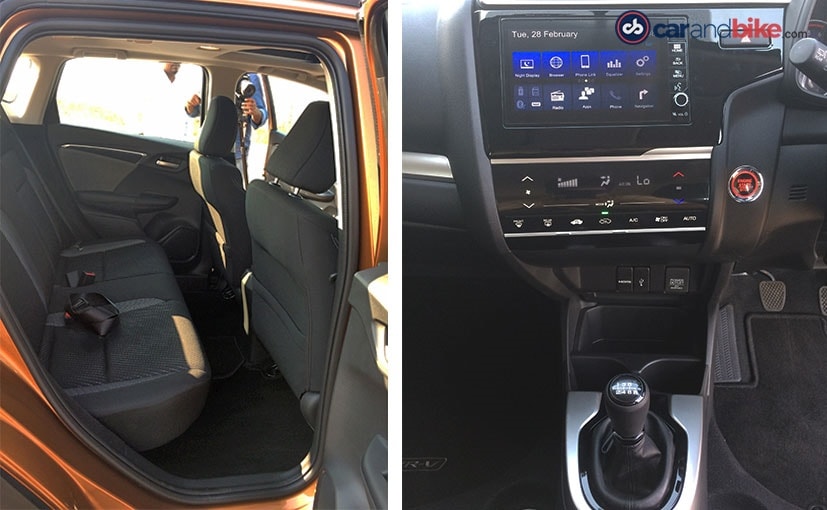 The cabin is a spacious one and it's something that I won't complain about. There's ample leg, knee and head room and even the back seats are extremely comfortable. If I would want to nit-pick, I would say the foam on the seats was a bit on the softer side and since it's roomy, it could have also done with AC vents, at the rear. It feels roomier also because of the big glass area, it has. Two small quarter glasses, one on the C-Pillar and the other on the A, make for not only good visibility, but also a sense of roominess, for the driver and passengers. The feature list too is a comprehensive one and well we expected that from the WR-V, given that the facelift, of the City, received a whole bunch of them. 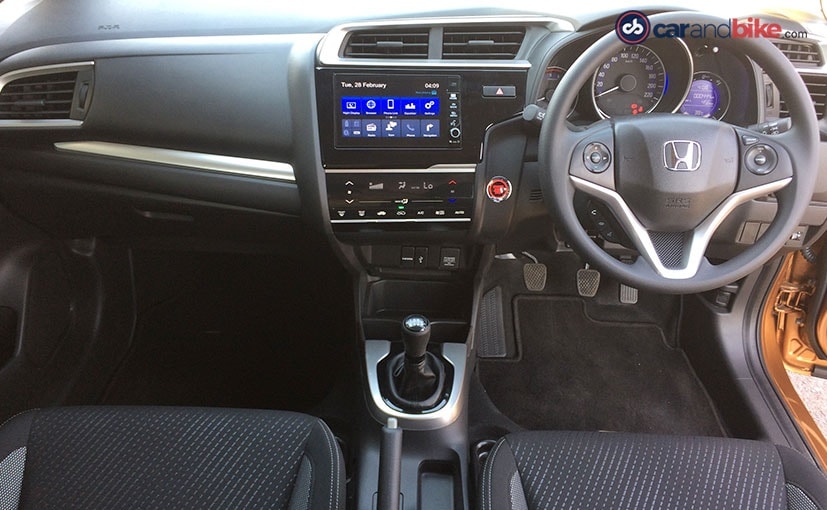 The features on the top-end VX variant, that we drove, include a sunroof (which is a segment first), a 7 inch touchscreen infotainment system or as Honda calls it Digipad (the same as on the City), which has everything from navigation, to Wi Fi support for Internet (which is optional), to 1.5 GB internal memory. There's also Bluetooth, 2 USB slots, 1 HDMI in-slot and Mirror Link for smartphone connectivity. Other features include a reverse camera, with a multi-view layout - for wide, normal and top views. The diesel model gets some more features and this includes a start/stop button, smartkey entry and cruise control; these features go missing in the petrol variant. So there's a lot packed into it and we can say that about safety features as well. ABS with EBD and Dual airbags will come as part of standard equipment, which is a big thumbs-up, for Honda. 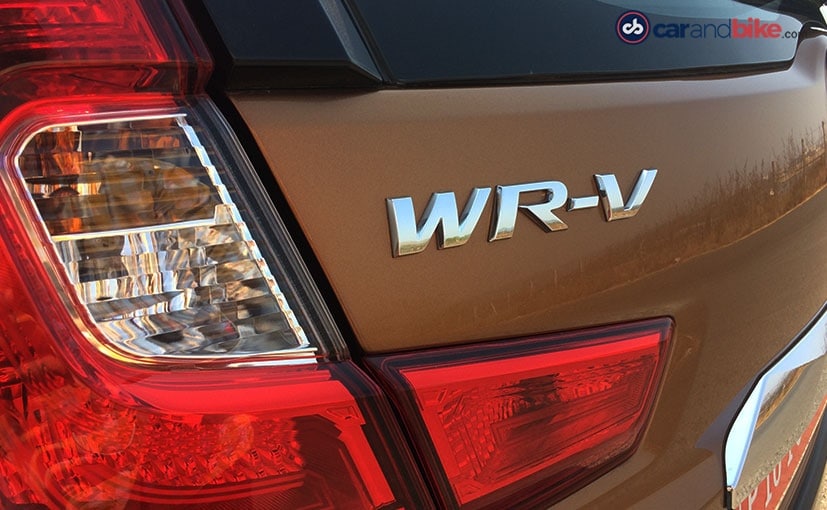