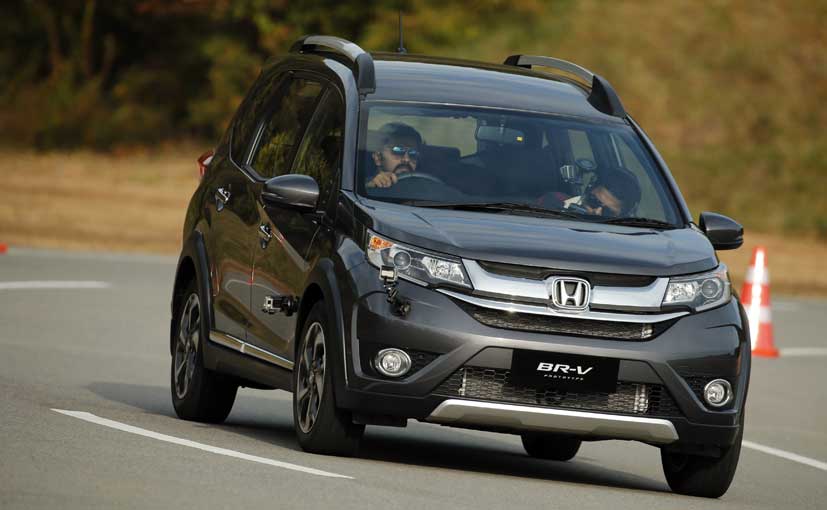 The next big thing for Honda in India is something compact. Yes, the Honda BR-V compact SUV will be coming to India and we will see it here in the flesh during the 2016 Delhi Auto Expo. But don't get too excited as Honda plans to launch the BR-V compact SUV in India only by the middle of next year.

However, on the eve of the Tokyo Motor Show, Honda has given us a (very) short preview of the upcoming BR-V compact SUV that takes on the likes of the Hyundai Creta and the Renault Duster. The models we got to drive around a small oval track of the Twin Ring Motegi circuit was a prototype and an Indonesian spec model, so we will wait to drive the India spec SUV before passing a detailed judgement.

The BR-V is built on Honda's Brio platform which is shared by the Mobilio and the Amaze. One look at the Compact SUV and you will notice that it doesn't look that compact after all but instead looks long and tall. And so it's no surprise that the BR-V boasts of a best in class wheelbase of 2660 mm with a third row of seats making it a true 7-seater. 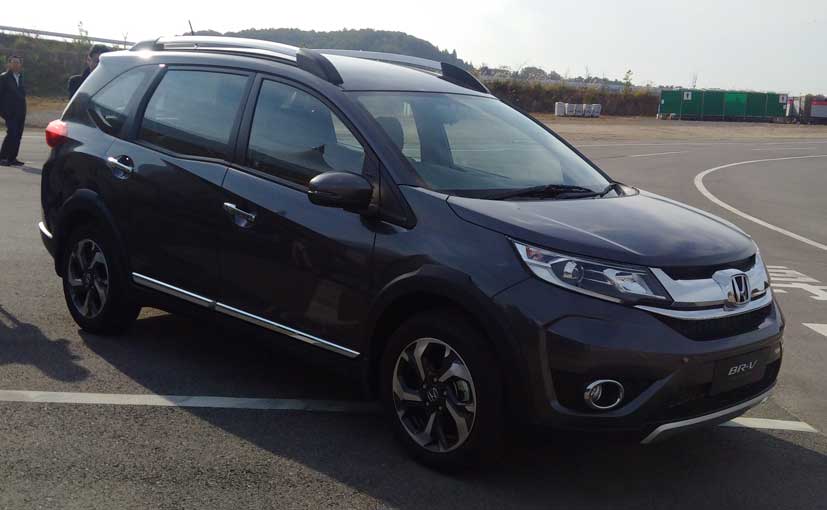 The front is attractive with the new angular headlamps and an aggressive looking bumper with the scuff plates and chrome fog lamp housing. From the side profile despite the roof rails, it reminds you a lot of the Mobilio with a dash of CR-V thrown especially along the window. The 16 inch rims look ideal for the compact SUV and the ground clearance of 201 mm gives it a taller stance. 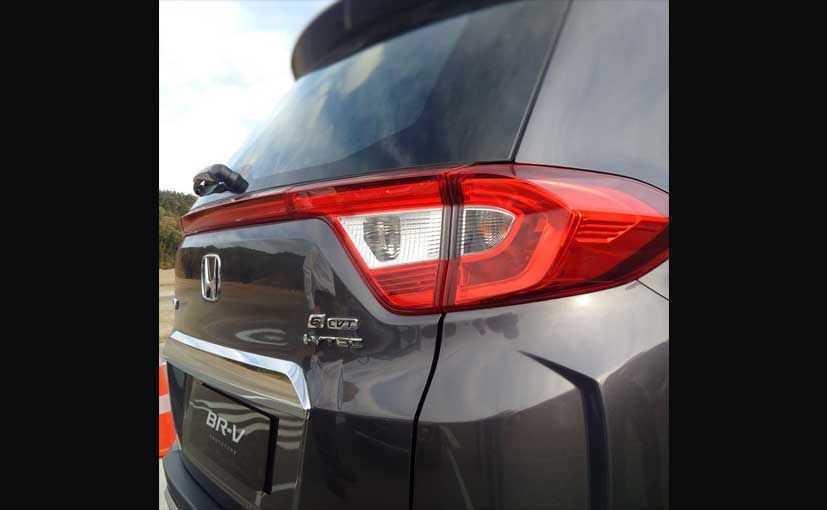 Honda has tried to do a bit too much with the rear styling in a bid to make it look different especially with the tail lamp styling. There's fair amount of boot space even with the last row folded up and like the Mobilio, the tailgate opens fairly low.

The all-black cabin doesn't surprise too much with the dashboard reminding you a lot of the new Jazz but the prototype we used had a more upmarket feel. There isn't anything here that you wouldn't have seen before and I don't expect the India spec model to be very different. Adding a few goodies to the cabin might be a good idea to make the BR-V feature rich, something many potential Honda buyers in India wish for. 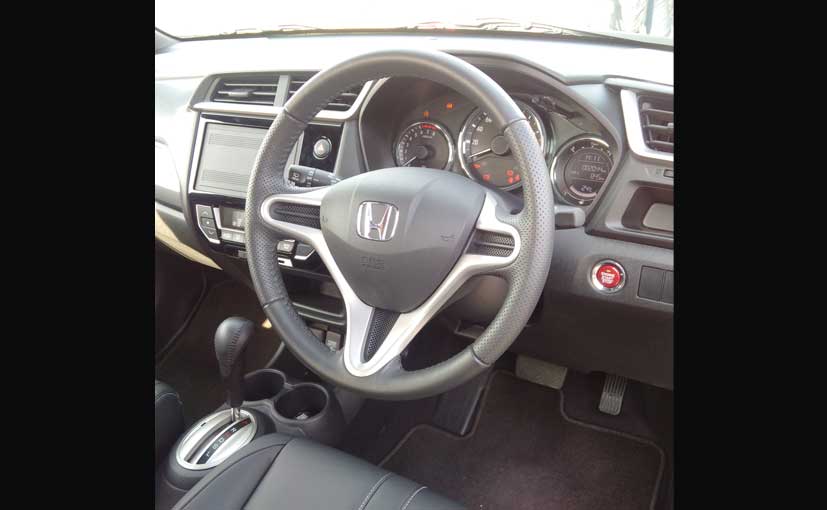 But space inside the cabin is aplenty with generous amount of headroom even in the third row. The third row can seat two adults without feeling cramped for space and like the third row of the Mobilio, it comes with amenities like an armrest, mobile phone and bottle holders.

Also Read: All You Need to Know About Honda BR-V

The prototype we drove had a 1.5-litre petrol engine mated to the new generation CVT gearbox that comes on the Honda City. Given the short period of time we drove the car, a detailed driving impression will come later when I drive the India spec model. This CVT offers fairly smooth acceleration, ideal for city driving and this segment could really use a good petrol automatic. The BR-V feels planted and relaxed with the suspension enjoying the smooth surface on the track. 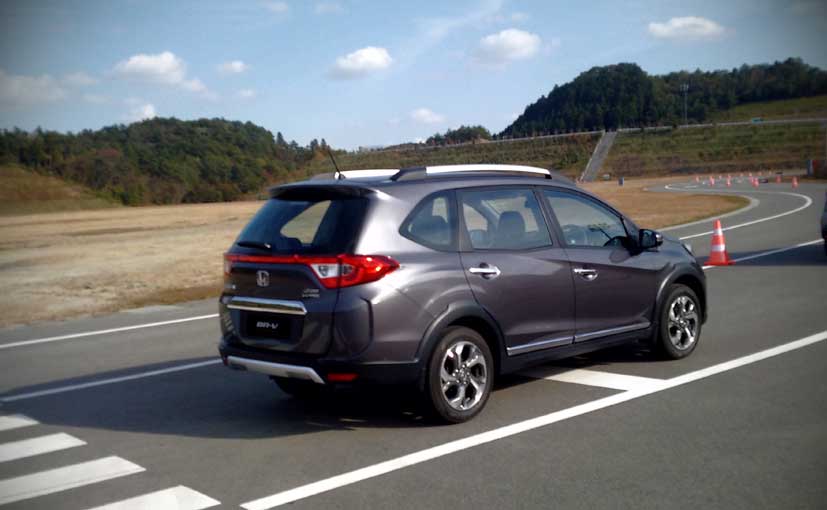 The steering feels a bit light but has good feedback to smoothly take it around tight corners. But strangely for me despite the slightly higher centre of gravity, the driving impression felt less like an SUV and leaning more towards an MPV; especially with the long wheelbase. Honda will look to tweak the engines especially the diesel to offer a more SUV like performance.

So is the BR-V worth waiting for? Definitely yes! A 7-seater SUV with impressive looks and generous space is something many Indian buyers will eagerly await.