While the Hero XPulse 200 ADV has an off-road bent of mind, the XPulse 200T is more suited for riding in the city and possibly go touring as well. Between the two, along with a few changes, there are some carryovers too. Here's our first ride review! 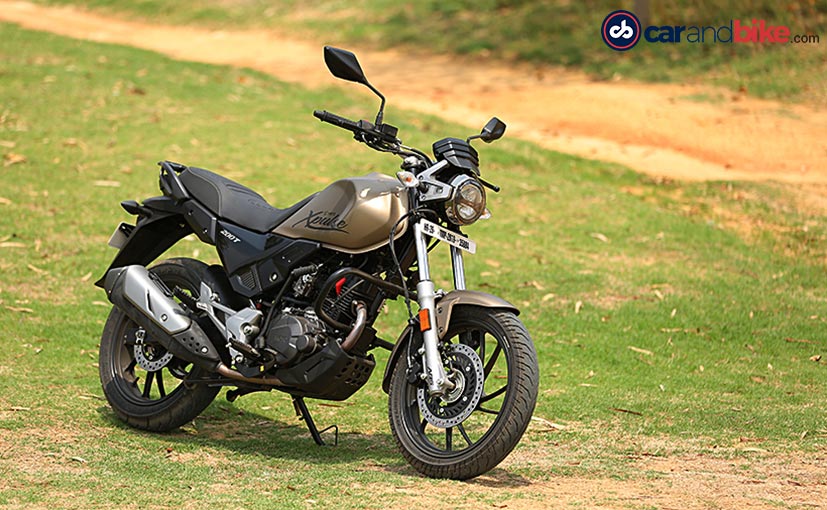 It is an interesting thing that Hero MotoCorp has done! With the coming of the Hero Xtreme 200R, the company has used the same platform and come up with three new motorcycles which are the XPulse 200, the XPulse 200T and the fully faired version of the Xtreme 200R, which is the Xtreme 200S, all carrying different designs and applications. Talk about economies of scale here! The XPulse 200 is a good motorcycle and carries a lot of appeal with its dirt bike like design and off-road bits. The other motorcycle in question, the XPulse 200T wherein 'T' stands for touring, is for those who would rather prefer staying on tarmac than venturing out into the unknown! So, how are the two bikes different and does it makes sense having two similar models in the market? Read on to find out!

How are the motorcycles different? 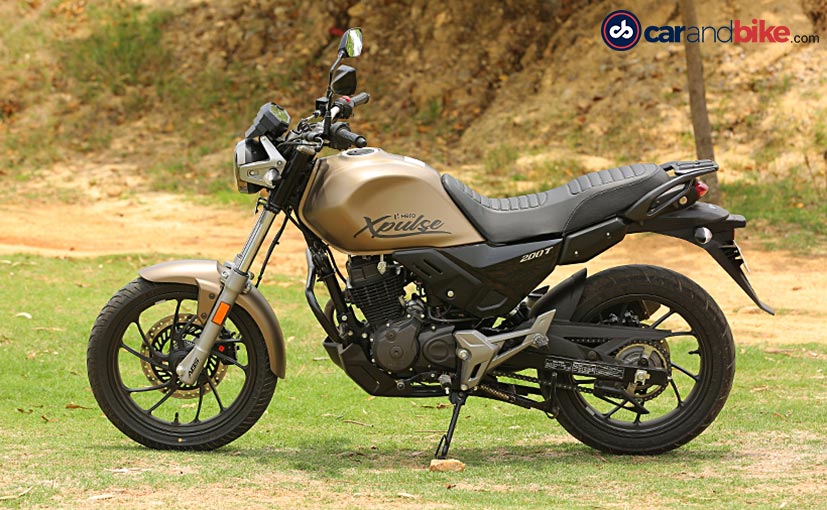 (The stance of the XPulse 200T is lower, and it gets alloy wheels and the suspension travel is lesser too)

Yes! The XPulse 200 and the XPulse 200T are the same bike under the skin but there are a fair few differences. To begin with, the 200T has a lower, more commuter-esque stance and the windscreen is given a miss. Apart from that, the wheels are alloys and 17-inch units wrapped in MRF Nylogrip rubber meant for tarmac. The XPulse 200T is suspended on 37 mm telescopic front forks and a 7-step preload adjustable monoshock and yes it gets considerably less travel than its off-road focussed sibling. The 200T gets lesser ground clearance of 178 mm as compared to 223 mm on the XPulse 200 ADV and its gets a plastic bash plate instead of an Aluminium one on the latter. Of course, the graphics are different too and the 200T loses the high, pointy mudguard along with the knuckle protectors. Lastly, the seat height on the 200T is 799 mm as compared to the 823 mm seat height of the XPulse 200.

What all stays the same? 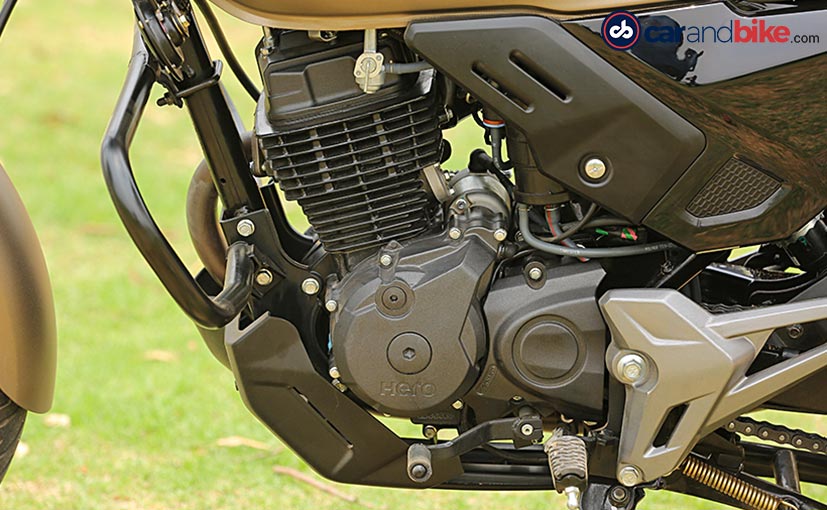 (The Hero XPulse 200T shares its engine with the XPulse 200. Even the tuning stays the same)

Quite a lot actually! Apart from the engine and the platform, the XPulse 200 and the 200T also share the headlamp, the Bluetooth enabled instrument cluster and the fuel tank along with tail lamp. The 200 cc engine has the same specifications as the XPulse 200 which is 18 bhp at 8,000 rpm and 17.1 Nm of peak torque at 6,500 rpm and is paired to the same 5-speed gearbox. But, in order to keep the costs down, the 200T gets a carburetted engine instead of a fuel-injected, which in our opinion doesn't quite make sense. 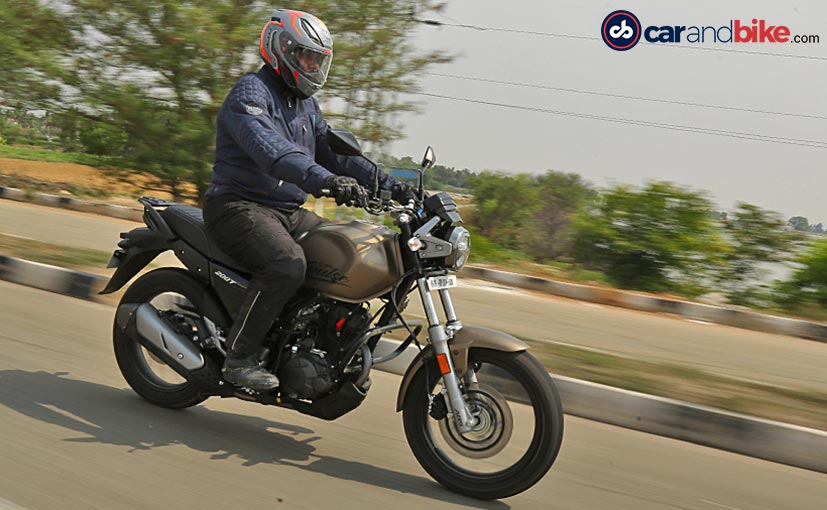 Well, the performance of the XPulse 200T is more or less similar to that of the XPulse 200. If you are riding within the city, you will not rue the lack of power. The torque is evident in the bottom end but as you go up the rev range, it tapers out. On the highway, the motorcycle will be in a happy place between 80-90 kmph for long hours. On certain occasions you will hit triple digit speeds, but keeping it pinned there is going to leave you with tingly hands. At 150 kg, the bike is light and it makes your life easier when filtering through traffic. On a couple of occasions, we did manage to scrape the footpegs but overall it a motorcycle meant to ridden at ease. And yes! The suspension on this one is stiff. It does make it a better handler but you will feel the bumps and potholes creeping up your spine. Should you want to drop anchor in a jiffy; the brakes will do the job. The bite and progression is par for the course in the segment. 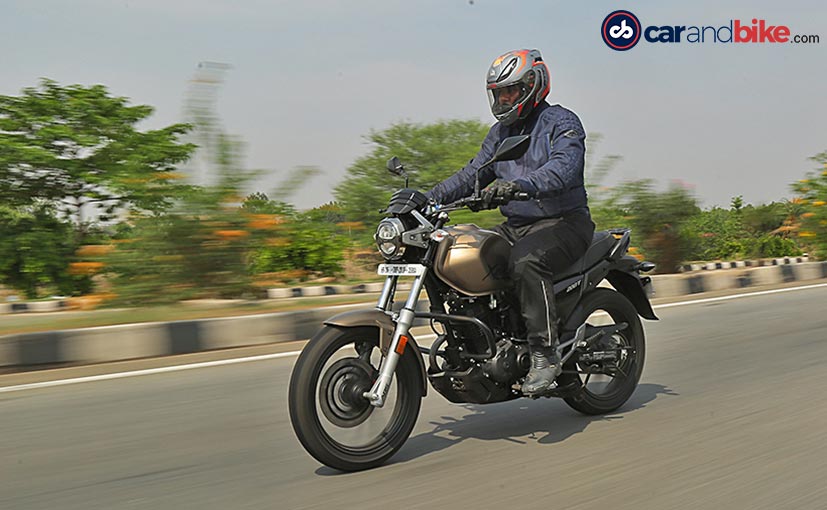 The 200 cc to 400 cc motorcycle segment is growing in India at a decent pace. Hero did not have the presence in this segment in a manner it would have wanted to. Clearly, with its new range of 200 cc motorcycles which positioned as affordable, yet premium products, Hero has set its eyes on volumes in the rapidly growing segment. And along with the XPulse 200, the 200T offers yet another option for a buyer who is just looking for a stylish yet no-frills 200 cc commuter.