We spend a short while with the new Hero Destini 125, the first 125 cc scooter from Hero MotoCorp, and the most affordable in its class. 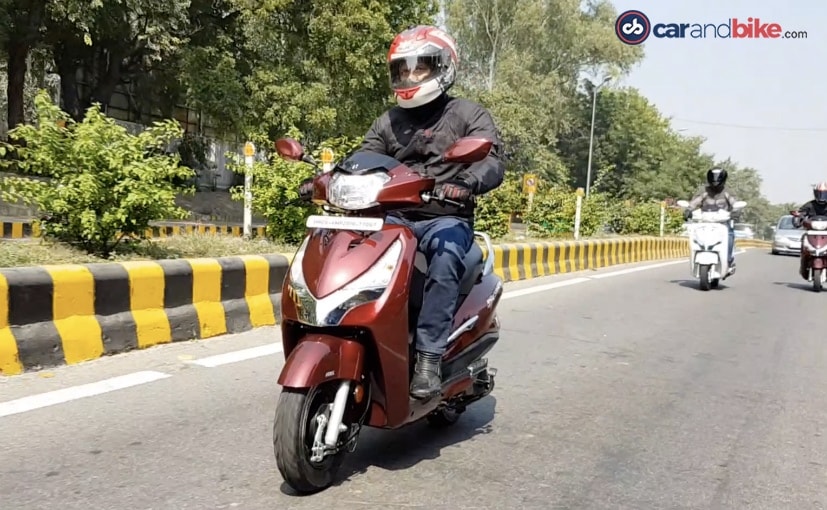 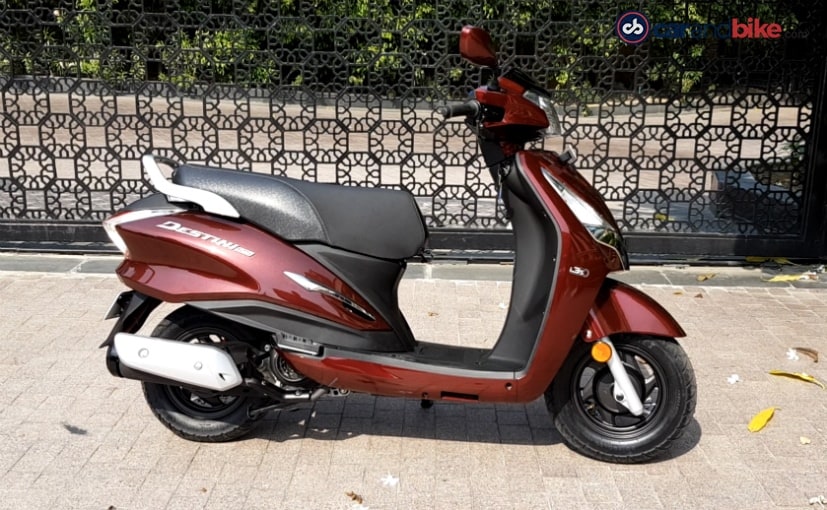 The Hero Destini 125 carries an understated, yet elegant design

The overall silhouette of the Destini 125 looks more or less familiar. That's because it does resemble the 110 cc Hero Duet (and Hero had showcased the Destini 125 as the Duet 125 concept at the Auto Expo 2018). But that's where the similarities end. The dimensions may be the same, but each and every panel of the Destini 125 has been re-designed, so it's fair to say that it's not just a case of plonking a larger engine on a Duet and rebadging it. The contours of the side panels are different, the chrome garnishes are more abundant and the apron gets a slight bulge and a fat chrome strip running across. 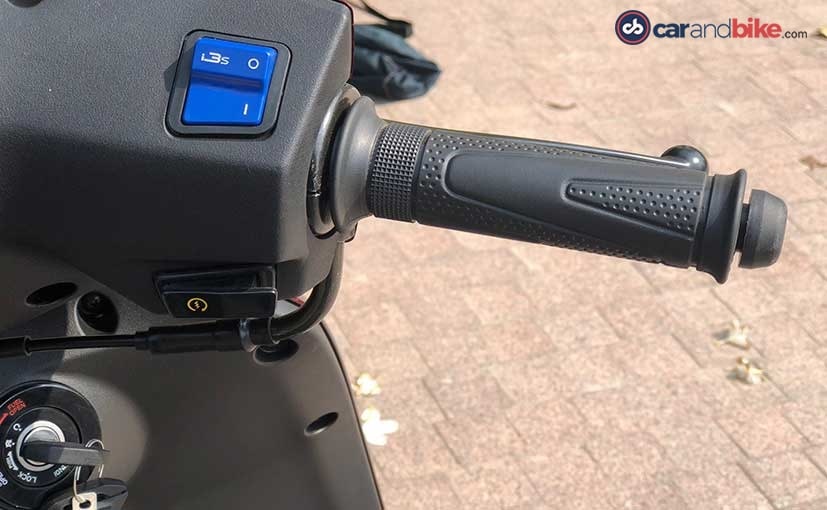 Indeed, Hero has not gone over the top with the design, choosing to keep the design of the Destini 125 conservative, yet appealing to the quintessential scooter buyer - the Indian family. That's not a badly thought out strategy, because scooters in India are used by more than one member of the family, and spans across age groups and sex. On that count, the Destini 125 has it covered. It may not be what you'd call drop-dead gorgeous, but it's quite likeable to look at, and I'm sure its conventional, yet understated design language will find appeal amongst the masses. And of course, it gets an all-metal body, which seems to find favour with a lot of buyers, particularly in semi-urban and rural areas. 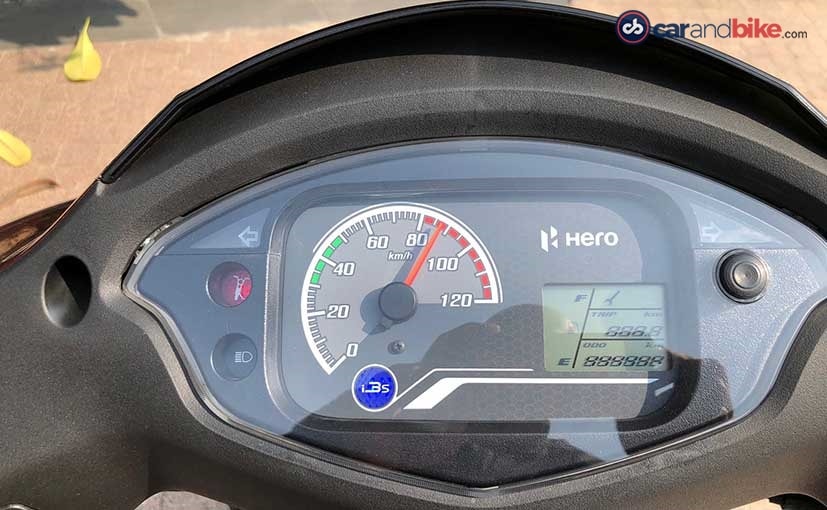 On the features list, the Destini 125 boasts of being the first scooter in India to offer the idle start-stop function. What this essentially does is stops the engine when the scooter is halted, say at a stop light, for more than 30 seconds. Just a pull on the brake lever and the engine comes back to life. In urban, stop-go traffic, including the numerous stop lights, the i3S system should come in handy, and Hero claims a real-world fuel efficiency figure of 51 kmpl. Add to that handy features like a multi-function ignition key, which doubles, or quadrupules up as a steering lock, remote boot release and remote fuel lid release and that is quite a handy thing to have. Of course, the fuel lid being placed externally means you don't have to get off the scooter at filling stations.

The instrument panel is part analogue and part digital, with basic information like a fuel gauge, trip meter and odometer. The side-stand down indicator is also a well-thought out feature. Under the seat, there's 19 litres of storage, but still not enough to store a full-face helmet, but more than enough to store a bag or two, and a few books and a half face helmet. And yes, the boot has a light and a mobile charging socket (only on the VX trim) as well. The seat on the VX variant also gets a dual-tone trim, and it gets 10-inch cast alloy wheels shod with tubeless tyres. (The LX variant gets steel wheels). Stopping power comes from drum brakes at both ends, and a front disc brake is not offered, even as an option. But there's integrated braking system, which is more a requirement by legislation, rather than a standard feature. 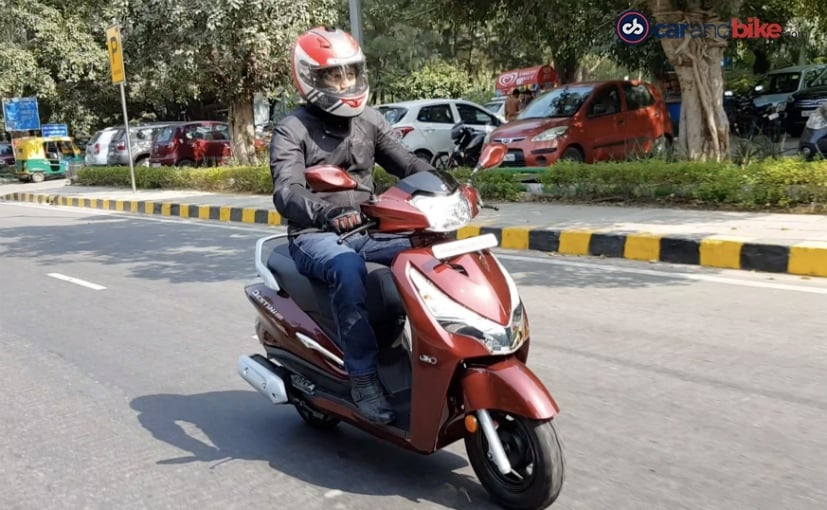 On the move, the engine is smooth, and the motor torquey, so it's effortless to ride in traffic

The 125 cc, air-cooled, single-cylinder engine is mated to a CVT, and Hero says it's not a bored out engine of the 110 cc Duet, but an all-new unit. The motor puts out 8.7 bhp at 6750 rpm, and 10.2 Nm of peak torque at 5,000 rpm. For the most part, the engine is smooth and refined, and the torquey tuning of the engine ensures the Destini 125 is easy to ride in traffic, in real world riding speeds within the city. It's not the quickest, and with a kerb weight of 111.5 kg, it may not be the lightest, but on the move, the Destini 125 doesn't feel heavy or difficult to manage. In fact, for longer commutes as well, the Destini 125 packs enough punch to hit speeds of close to 90 kmph without the engine feeling out of breath. 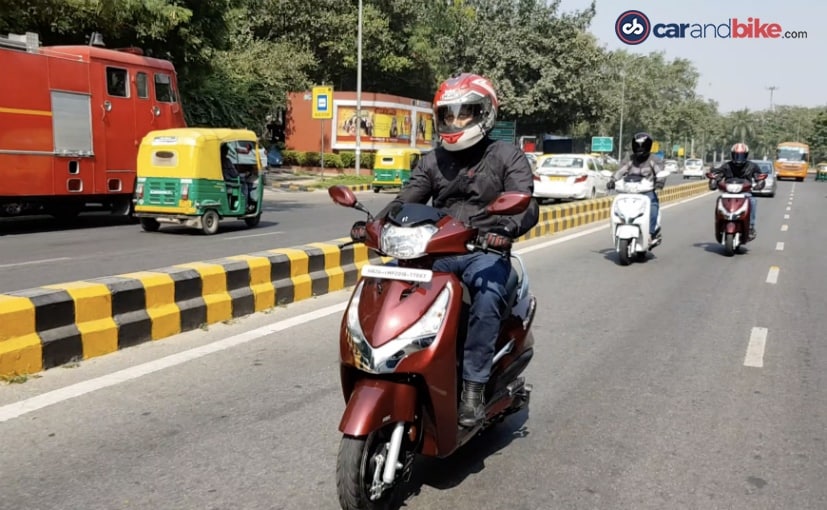 The Destini 125's ride quality is decent, and handling is neutral

Ride quality for the most part is quite good, and the Destini sailed over all kinds of road undulations we encountered during our short first ride with confidence. Handling is neutral, if not exactly sporty, and is good enough for the target audience in this segment. It's only when you start exploring the limits, that the Destini 125 leaves a sliver of doubt; could it have been tauter, will it lose composure while taking on a high speed corner? But then, this is a scooter designed for family duties, and not for the performance junkie, and on that count, it scores quite well on the satisfaction index, at least on our first brief ride. 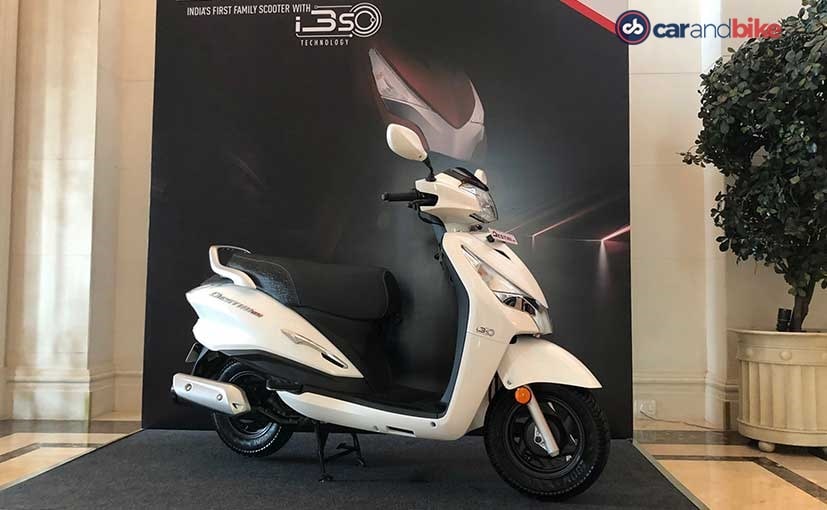 The Hero Destini 125 isn't a path-breaking scooter in any sense; neither does it try to be, nor is it intended to be. It's designed and made to do family duties and all of it, it does fairly satisfactorily. With prices starting at ₹ 54,650 (ex-showroom Delhi) for the LX variant, and ₹ 57,500 (ex-showroom Delhi) for the VX variant, the Hero Destini 125 is now the most affordable 125 cc scooter available on sale. With a sales and service network as vast and easily accessible as Hero MotoCorp's, the Destini 125 certainly will make a mark in the 125 cc scooter segment, and that is precisely what Hero intends to achieve. But is it the best 125 cc scooter, and should you consider buying the Destini 125? That's the answer we'll reserve till we get to spend some more time with it, possibly even compare it with its closest rivals. For now, there's nothing to complain about it really.