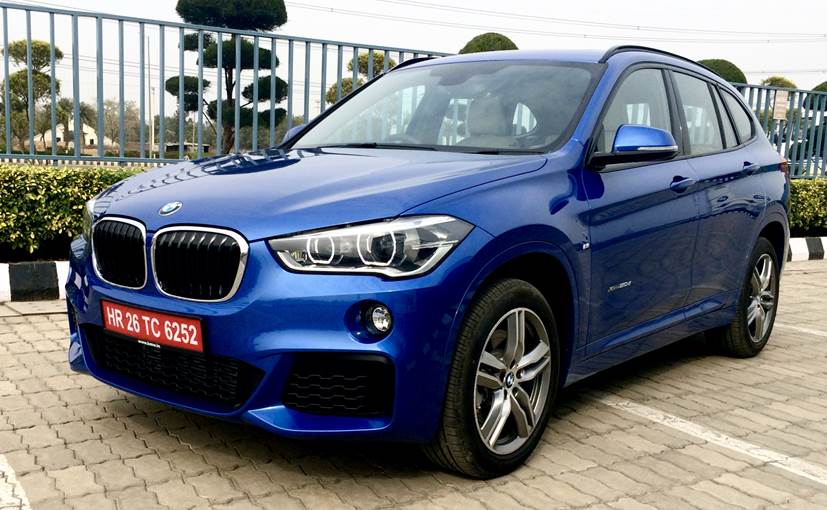 The BMW X1 in its 2nd generation is a vastly different car than its predecessor. For starters the new X1 is more SUV now, unlike the last car which often got derided as a station wagon because of its shape. It also never made it to India in its AWD avatar and the interiors were nothing special, and often got the 'cramped' tag.

The new car has certainly done away with all those lacunae and now looks very much the legitimate sibling to the X3, X5 and X6. And it is not just a styling illusion by the way - the new X1 is 53mm taller than the previous one, though it is a tad shorter in length. Cabin space (and also the sense of space you get from the interior design) is also much enhanced - with specific attention being given to rear passengers. They now enjoy more headroom, legroom and knee room (37mm more in fact!). This would stand the new X1 in good stead not just in comparison to the first generation car but also the rivals - the Audi Q3 and (especially the very cramped) Mercedes-Benz GLA. 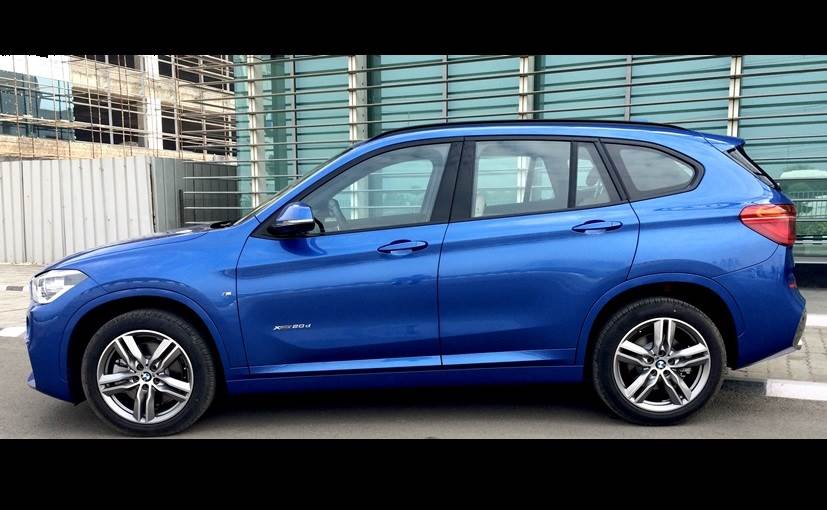 In India BMW has chosen to launch the new X1 with just one engine option - the 2 litre diesel - but the good news is that unlike the past this is not a tweaked version of the older engine. This is an all new engine, and also uses BMW's TwinPower Turbo technology, or basically variable turbine geometry which allows the engine to put out slightly higher power (about 7-8 bhp more), but still reduces consumption (and emissions) by 17% according to manufacturer data. 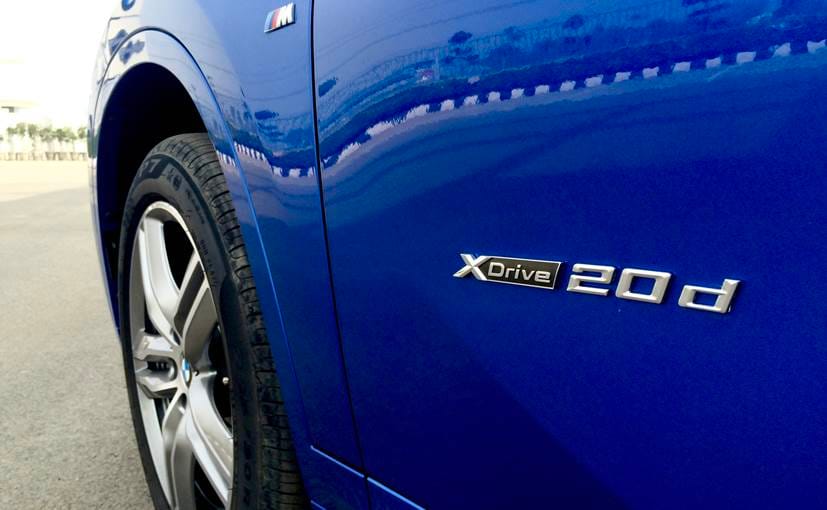 The 1995cc unit puts out 190bhp and a generous 400 Nm of torque. The gearbox is also new - the 8 speed Steptronic with paddle shifters - which is very quick and well-mated to the engine. The revelation in fact is how quickly the gear changes go through, and also how quickly the engine responds - without the slightest hint of lag. Where the new X1 scores high also is in the ride department. The ride quality is completely un-BMW-like - meaning it is not stiffly sprung and the car glides over bad roads and offers excellent occupant comfort. The downside of all this though - Handling suffers - and so unlike the 1st gen X1 which was very confident going into sharp corners and hard turns, the new car is less enthusiastic by comparison. 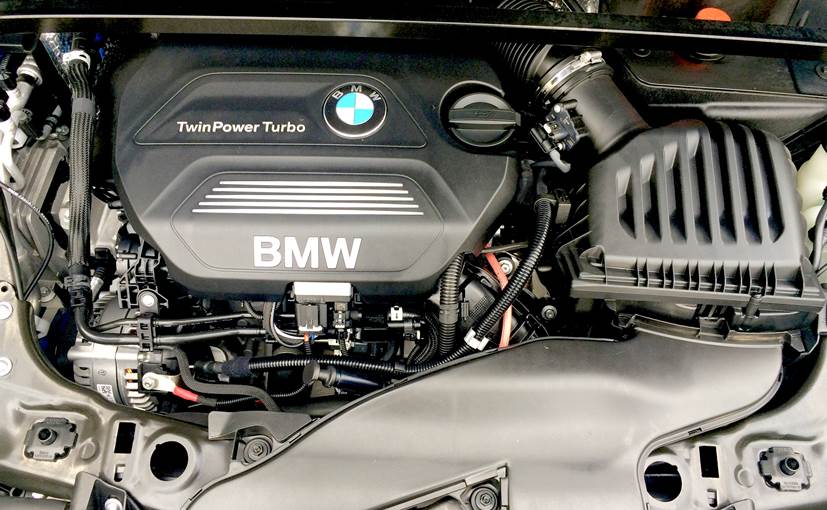 That brings me to the real big change on this car. The first X1 was based on the previous 3 series station wagon chassis and shared that car's rear-wheel-drive platform. The new one sits on the new front-wheel-drive architecture platform from the BMW Group - a major change from the Bavarian company. The platform is also used by the new MINI hatch and the 2 Series Active/Grand Tourer. The MINI models are taut and compact, but like the 2 Series Tourers, the new X1 has to do therefore deal with both the front-wheel-drive and the higher centre of gravity due to the increased height. But the stability control system (DSC) does a fine job of keeping things together nonetheless, though you will probably find the Audi Q3 will handle better under pressure. But that then is the only chink I found in what's otherwise formidable armour. The X1 comes in 4 variants - a well-loaded 'base' Expedition trim with sDrive (front-wheel-drive) and an even-better loaded X-Line trim with sDrive. And then there is the other big change from the first gen car. In India BMW never did offer four-wheel-drive, but the new X1 does have it. The 4 wheel drive (or xDrive as BMW calls it) system is also new. The car runs as a front-wheel-drive for the most part, but the system transfers more power to the rear when needed - and it can send 100% power to the rear wheels too if required. The 4WD variants come with the option of an X-Line and the top-end M-Sport trim. The latter has head-up display, and M Division styling kit, a special paint option (Estoril Blue - the car I was driving), a wider iDrive infotainment system screen and Navigation. Material quality on all trims is impeccable. The cabin layout is also fresh and looks way more high-end than the last car's. Driving position and seat comfort is also excellent. My one grouse is that none of the trims have a reverse parking camera! Yes there are parking sensors as part of BMW's Park Distance Control, but even basic hatchbacks now have cameras - so that's a strange miss. The LED headlights, panoramic sunroof, 7 speaker music system, updated iDrive, start/stop button, bluetooth connectivity and much more helps make the car quite a package. 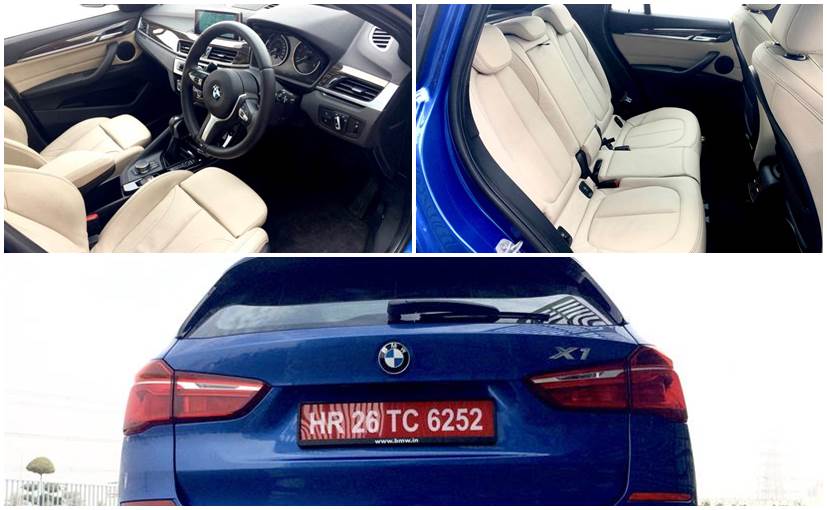 Prices are reasonably competitive and the Mercedes-Benz GLA in particular will really feel the heat. The X1 comes with 17" alloys on the Expedition trim, while the rest have 18" wheels. The car does have runflat tyres though BMW has provided a space-saver spare neatly concealed under a panel on the boot floor - with the jack nicely packed besides it. Very neat and still leaving ample room for tonnes of cargo. At 505 litres the boot is 85 litres bigger than the old X1 (and also just as much bigger than the Audi Q3's boot). The rear seats can be folded down to get even more luggage space - at the touch of a button in the boot - very nicely done too. The X1 has 6 airbags, ABS, DSC, Dynamic Traction Control, and Hill Descent Control. 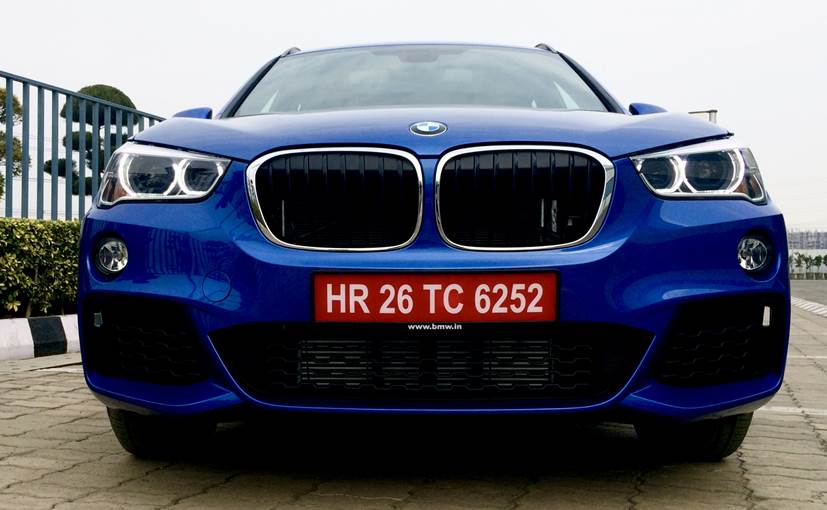 BMW is promising class leading mileage of 20.68 kmpl, which as I said is 17% more than the previous diesel X1's fuel efficiency. Prices range from Rs 29.90 lakh to 39.90 lakh ex-showroom. The petrol X1 will arrive by the middle of the year, or at best just before the festive season. That will in all likelihood be the sDrive 20i, which is the front-wheel-drive, 2 litre, 192 bhp petrol - which means we won't get the 3 cylinder units sadly!

Porsche Macan
₹ 82.82 Lakh - 1.01 Crore *
Subscribe to Our Newsletter
Over 1.5+ Lakhs subscribers
Thank you for Subscribing to Us