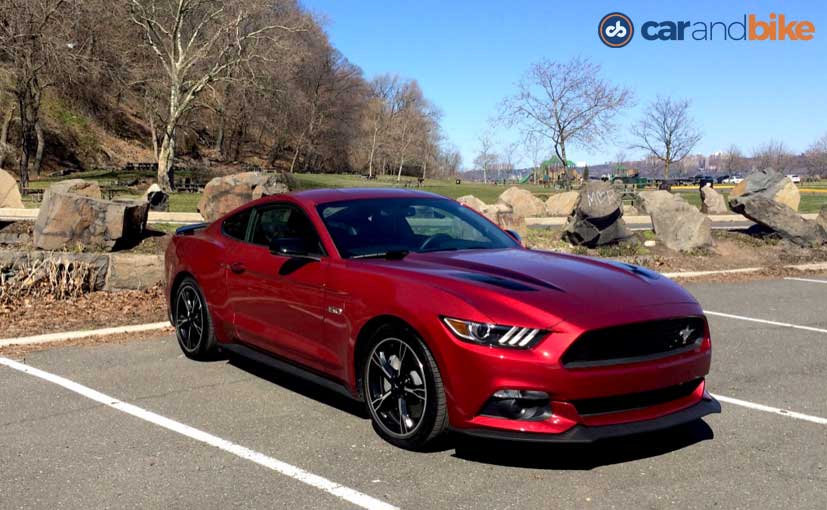 The one that started it all. The original pony car, which packs in all-American muscle with some grunt and growl - that's the Ford Mustang. Born in 1963, and currently in its 6th generation, the Mustang is undoubtedly one of the most iconic cars ever. While some Indian collectors have had a few of the 60s Mustangs, for the most part India has not been fortunate to have its own love affair with this American automobile masterpiece. Until now that is! Circa 2016 and the new Ford Mustang was one of the absolute showstoppers at the Delhi Auto Expo. 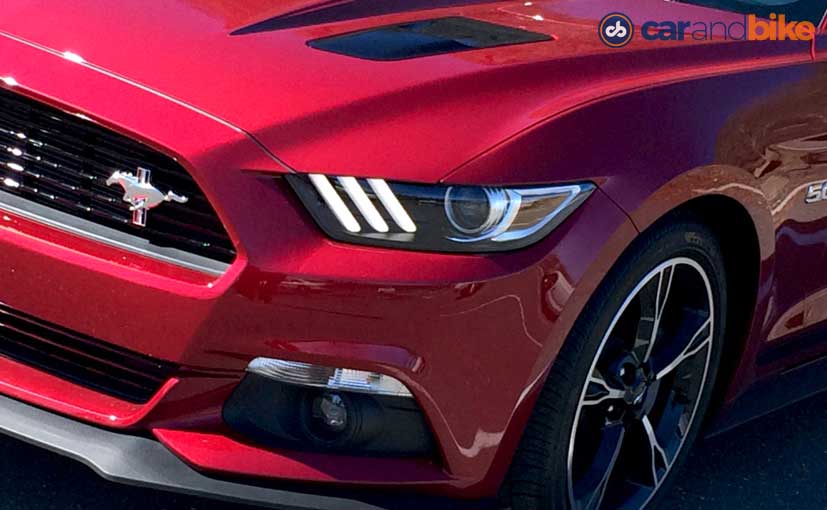 Ford Mustang GT Was Unveiled in India at Auto Expo 2016

Ford would have liked to bring us the Mustang much earlier to be honest. The car has a story, a legacy and a romance that speaks for itself - and creates the perfect flagship or halo model then doesn't it? Well the simple fact was that Ford never developed a right-hand drive Mustang until this generation and that was really the biggest reason why any RHD market never got the fabled stallion in its stables! When Ford began development work on the new 6th generation car it was clear about making a RHD version from scratch. Commonwealth countries rejoice then! 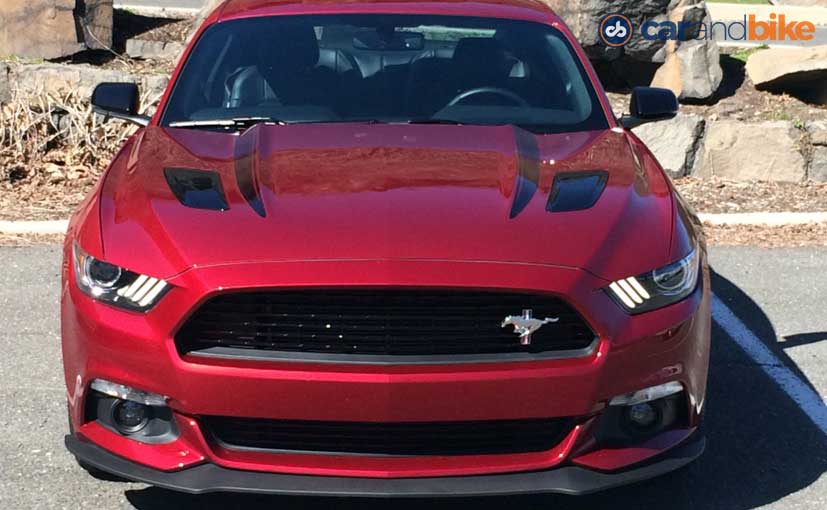 I drove the previous generation Mustang Boss Edition a few years ago in Dearborn at Ford's global HQ. At the time I remember thinking that the car - design, legend and romance notwithstanding - lacked some very basic refinement one expects these days. Sure you have to take into account the fact that the Mustang is not meant to be a very high-end sports car! But still when it came to cabin layout, material quality and fit/finish - that Mustang was only 85-90%. It went like a rocket and was an absolute hoot to drive with a nice heavy feel and a massively guttural growl. The new car improves on pretty much everything and maintains the retro vibe that the Mustang needs to. It is well built, impeccably finished, and packs in a tremendously sexy design. 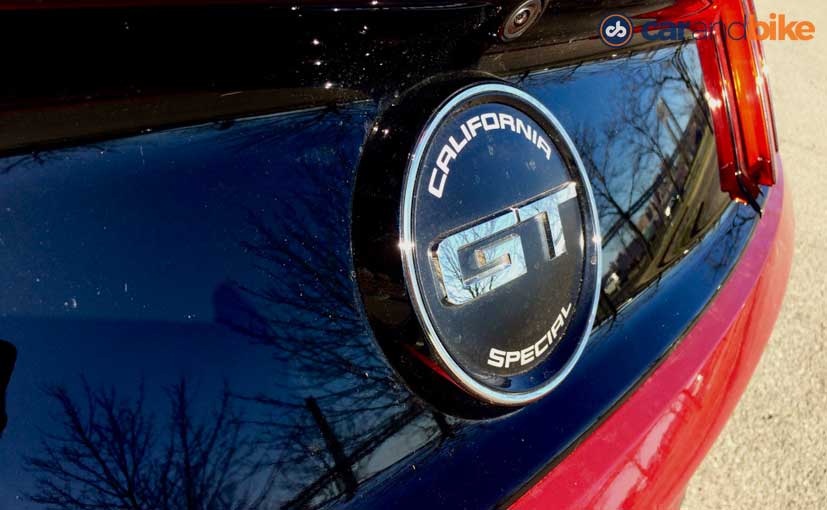 I drove the new 6th generation Mustang in its California Special limited edition avatar. That's mostly a trim add-on to the stock 5.0 V8 GT Fastback body style Mustang. It does sport a special dash layout with the California Special badging adorning it. On the outside the Mustang stallion logo moves to the left side of the front grille, and manages to look a bit menacing! But the main purpose in driving that car was to really experience the Mustang in its 'true form'. That means the variant with the V8 and not the very celebrated smaller engine variants. I say celebrated because Ford's bold move has been widely appreciated - that of offering the new Mustang with a slew of more efficient and smaller displacement engines - a 3.7 litre V6, and the 2.3 litre Ecoboost. 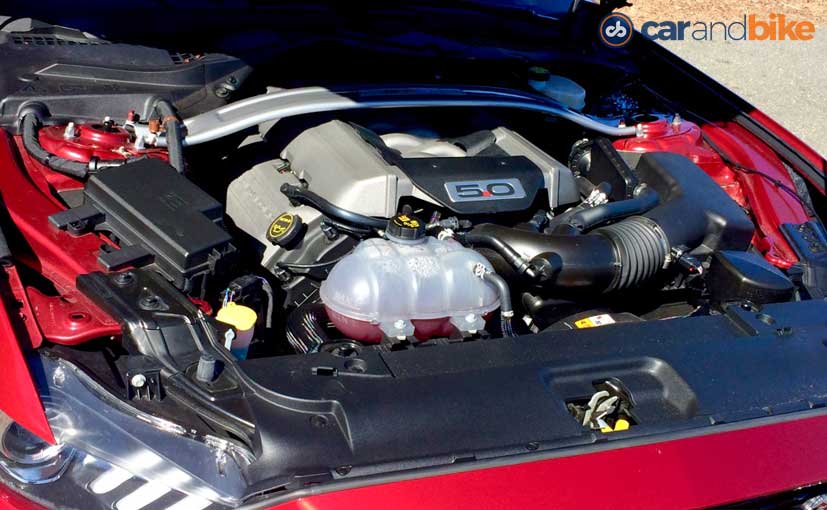 While I am not at all averse to new ideas and driving smaller engine cars, Ford has already declared that the 5.0 is the engine India will get when the car launches later in the year. So get a load of the figures first: 435 bhp and 540 Nm of torque. Now I have to warn you that the India spec car will have a down rate engine owing to fuel quality etc. But we will still get a 400 bhp motor with about 515 Nm of torque. While you have the choice of a 6 speed manual or auto gearbox, India is getting the automatic gearbox. The auto is quicker than I expected, and gives you the heft expected of a muscle car, without being clunky. 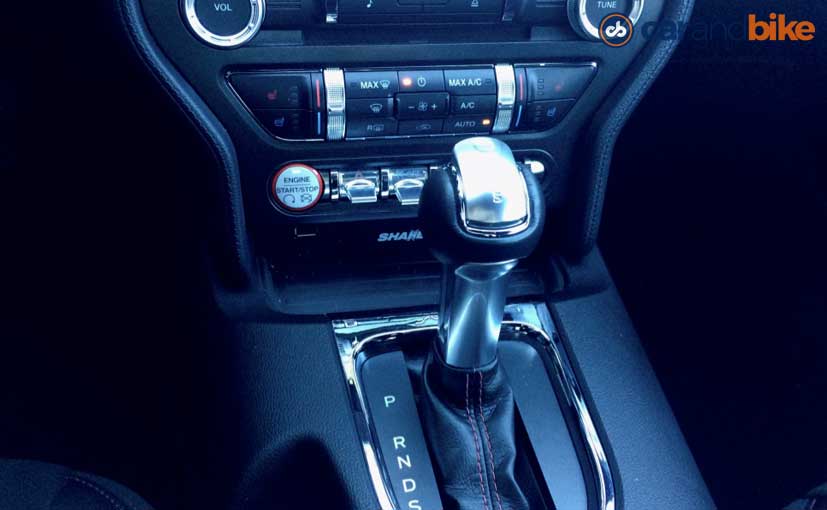 So how does it drive? This is a car that has been designed to appeal to the well-healed and the muscle car fanatics. The Mustangs in the 80s, 90s and 2000s sported a slightly clunky drivetrain and was well short of what we would call refined. The crudeness was something carried off as American design, or the preserve of a muscle car. That logic didn't really hold for me, and now I find with the previous generation (that came in 2004) Ford started to move in a different direction. The new 6th gen car really achieves that breakthrough I feel. It is a car that will power forward when you want to, sound pretty darned good doing it, and also be a well-mannered city or highway cruiser. And it does all this while transporting you and your family in greater comfort and style. 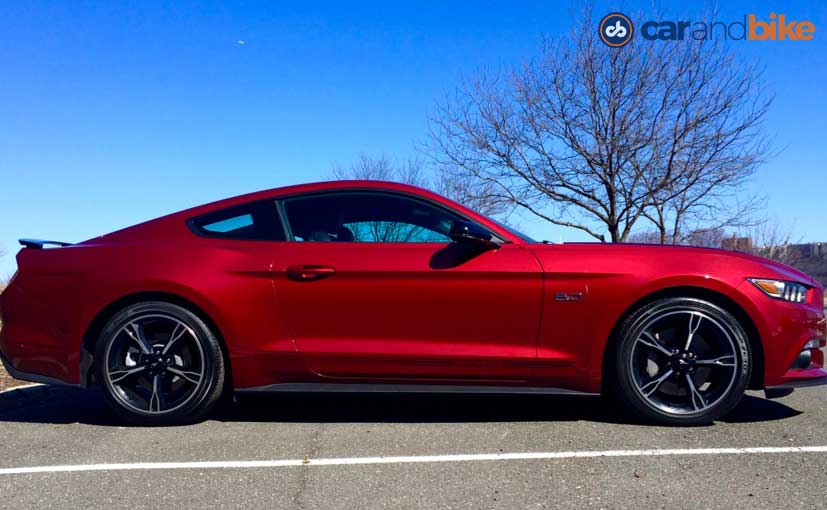 The car is quick, and that speedo needle travels pretty quickly to triple digits. The car hits 100 km/h in an easy 4.5 seconds. The electrically assisted steering is precise and needs lesser input than before. The engine's roar is somewhat muted (by comparison to the last car) but the endeavour is to offer more refined product. NVH in general is much better too. The big change is the integral link independent rear suspension. The solid rear axle that was almost the hallmark of all Mustangs since the first one, has gone. This means better cornering, a more comprehensive ride quality and more precise and tauter handling. 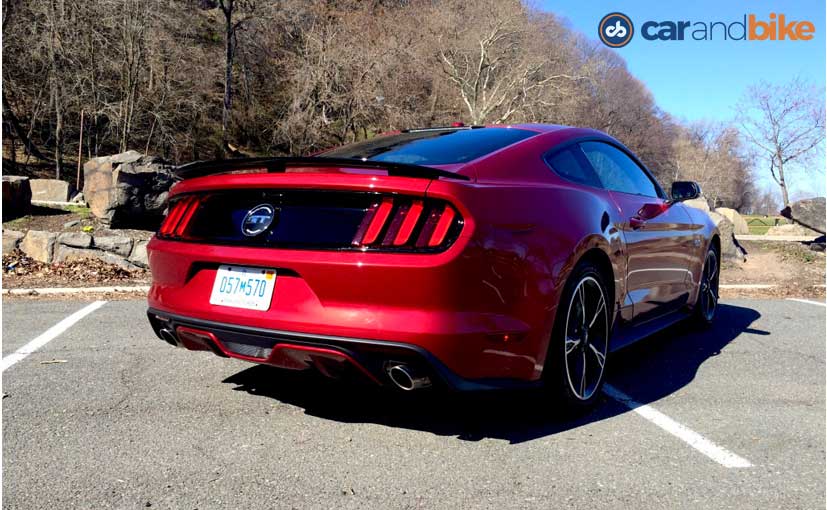 I have to say I was thoroughly surprised by how this car can move now - and not feel like the rear is catching up to the front anymore. The new chassis is therefore way more integrated and feels pretty fantastic on the move. Indian buyers will like the ample or substantial feel it provides, without being too stiff. The automatic works very well, with nicely timed ratios. But even if you use the paddles you will find it just as responsive. 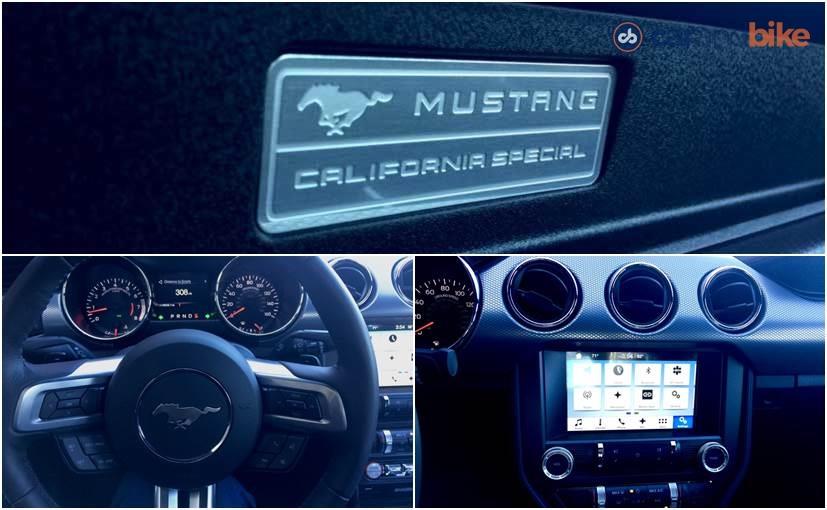 The cabin is well appointed as I said, with the right amount of equipment you expect these days. Sync means that everything from audio to the navigation can be steered using voice commands. Will be good if Ford offers all of that in the Indian variant. 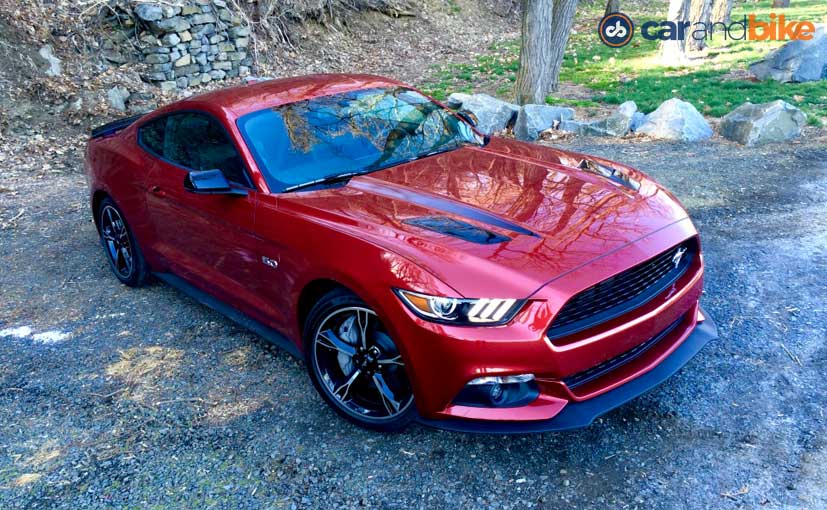 Ford Mustang GT Will Be Priced Close to ₹ 50 Lakh

The Mustang is meant to bring the sports car to the masses, and so being a relatively affordable offering has always been key to Ford's pony strategy. In India though that will not be the case with prices expected to get closer to the ₹ 50 lakh mark. Ford will blow a lot of competition out of the water if it can eventually offer multiple variants of the Mustang in India that start at ₹ 30 lakh and go to ₹ 50 lakh of course. But initially we will get just a few direct imports as the model remains very popular and in huge demand since its global debut last year. For now I cannot wait to see the car driving on our roads. And I am certainly pleased to have been able to spend some time with it.