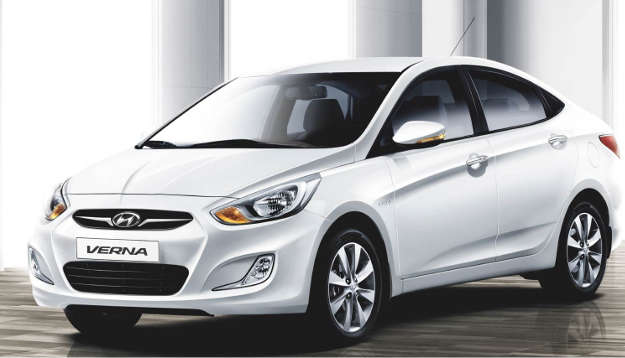 When Hyundai launched the Verna in India, it was nothing great to look at. A number of facelifts and limited editions followed but to the interest in the car did not spike. Finally Hyundai decided to completely change the look of the car and that's when they decided to use the fluidic design language to get some attention. And it did. The new Verna looked brilliant with the creases and cuts beautifully draping the exterior of the car, it was more than just a head turner and that is one reason why it won a phenomenal response.

Honda, on the other hand, was trying best, at that time, to keep its head out of the water. And just when you would have written them off, they come out with the 4th generation of the City - a car that's, for generations together, been loved by Indians. We pit the new-gen City against the new-designed Verna to find out if the new kid has the old charms.

Honda has worked a lot on this new City and it has got everything, right from performance, mileage to styling and comfort. The new City gets a better looking front-end design, with extended headlights that merge with the rest of the body. The sharper character lines on the City add to the overall looks of the car and they certainly make it look next-gen.

On the other hand, the Hyundai Verna has always scored high in the department of looks and the Fluidic design language just adds to the exuberance of this sedan. It is a lot muscular and futuristic looking than the Honda City.

Honda has managed to add 60mm to the wheelbase of the City and that takes the tally to 2600mm which has contributed maximum to the company's another very popular "Man Maximum Machine Minimum" philosophy. The City also gets features like smart key, Pinch guard, Cruise control, rear parking camera along with in-built music system compatible to USB, FM, CD, AUX, MP3, Bluetooth, 5-inch monitor, blue ascents and 8 speakers. While the more sophisticated features comprises of sunroof, push button start and touch panel for AC. The Verna too comes feature packed and it too is as spacious as the City.

However, the talk of the town has been the new diesel engine from the Honda stable. The City now comes with a 1.5-litre i-DTec engine which punches out 98bhp. It is the same engine that does duty on the Amaze but Honda has worked out niggles like the NVH levels in the car and the engine is far quieter. The six-speed manual gearbox too makes for an overall refined drive.

The Verna on the other hand gets a 1.6-litre CRDi engine which produces 126bhp and 259Nm torques. The engine is refined and there is hardly any engine noise that penetrates into the cabin. However the biggest flaw of the Verna is that the drive quality suffers at high speeds or even if you are attacking a corner.

Both Hyundai and Honda are aware that the price of the cars has to be right and the City and the Verna are priced similarly in the range of ₹ 8.62 lakh to ₹ 11.69 lakh. The Verna is a great car and you will have an enormous amount of options to choose from but the ride quality is where it suffers. The City on the other hand, ticks all the right checkboxes and though underpowered, delivers good mileage as well. We know who to pick from these two. Have you made up your mind?