The flagship SUV had already grown in size and opulence with the current generation, and now with the midlife upgrade on the 4th generation car you get more luxury, tweaked looks and a brand new hybrid powertrain. 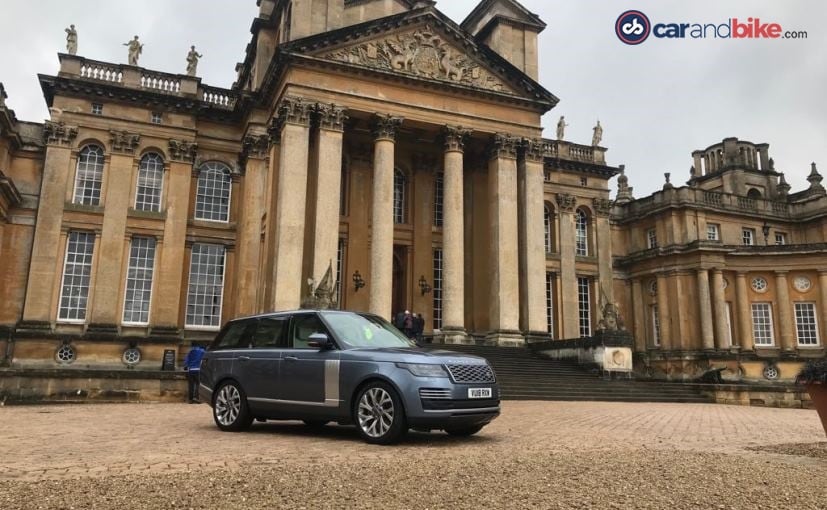 "Just make it better", is a familiar refrain when you talk about what Land Rover needed to do when upgrading its iconic Range Rover. The flagship SUV had already grown in size and opulence with the current generation, and now with the midlife upgrade on the 4th generation car you get more luxury, tweaked looks and a brand new hybrid powertrain. I got a chance to experience all three when I drove the new car in the Cotswolds, England recently. Oh and I must add, was also driven around in one - since the global press drive included being chauffeured around in a long wheelbase Range Rover, from the hotel to the magnificent Blenheim Palace where we picked up the cars we were driving. Yes those were regular wheelbase if you will, but were the hybrids, or more specifically, the Rage Rover P400e. So lets get the first thing out of the way - and allow me to tell you what has change don the car's exterior. The three-slat front grille is gone and replaced by a more imposing running mesh patterned one. It gives the car even more stature and makes the face look even bigger. 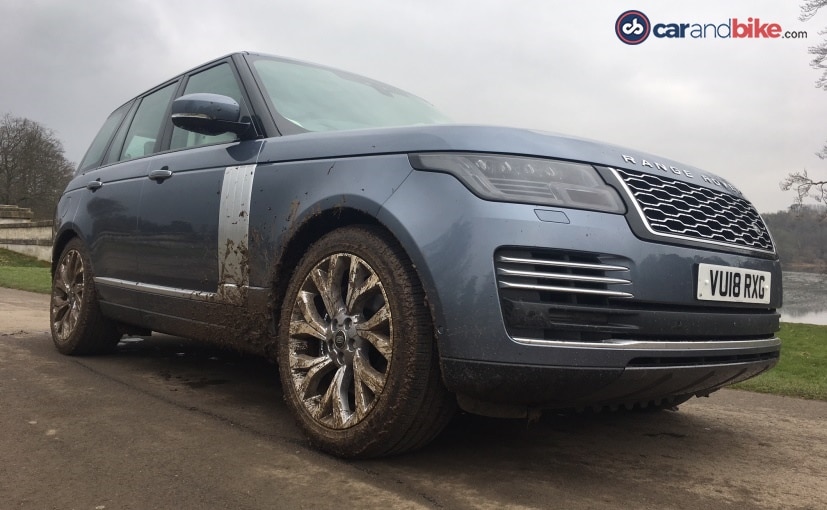 The Range Rover borrows styling cues from the Velar

The bumper is lower up front. This makes it appear less heavy and feed more air to cool the brakes. The head and taillights are now LED. In fact European buyers can opt for a laser light headlamp unit. The LED DRL (daytime running light) has also become sharper and you get sequentially illuminating indicators now. Overall the car will immediately come across as having borrowed the best styling cues from its younger sibling - World Car Design of the Year winner, the Range Rover Velar.

The gill-like fins behind the front wheel arch and into the door now have four slots and are finished in a dull metal that looks great. As does the new Byron blue exterior paint finish option on the car I was driving. There is also a new Rossello Red (deep red) option that's new now. Inside the cabin is where things get swankier than before. Yes that was possible apparently! In fact it is rather surprising how dated and dare I say basic the cabin of the 2013 current generation Rangey now looks, when compared to the Velar's or indeed the facelifted car's! 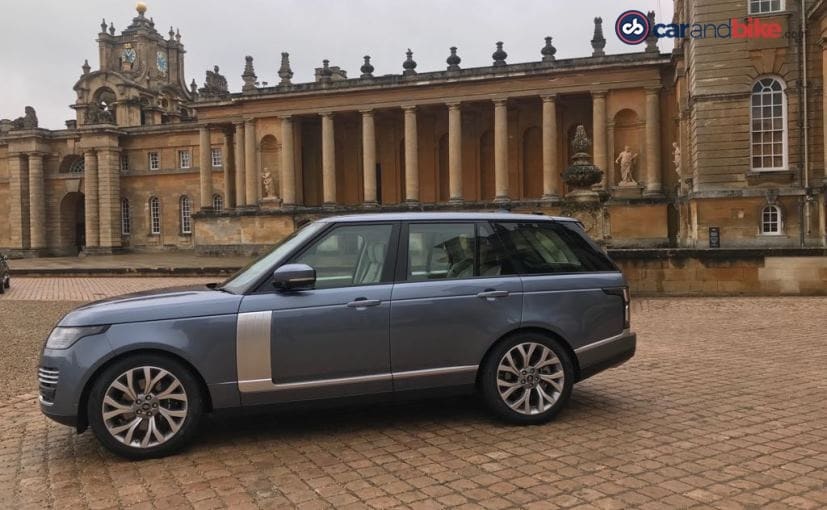 And that's the point - the Range Rover now gets a very upmarket and sleek look on the inside. The Velar's Touch Pro Duo screens have been carried over. That means the central stack now gets the two touch screens, with the floating touch dials on the one below. The upper screen also has a tilt adjustment feature so you can get the viewing and access angle just right. The two screens house pretty much everything you need, and you can customise them to show whichever functions you'd like - on either. So from navigation to music to the Terrain Response system settings - you can say goodbye to buttons and dials and happily customise and swipe away! You can even swipe one item from one screen to the other with a simple flick of your finger. But Land Rover needs to sign its deals with Apple and Google and get CarPlay and Android Auto into its cars soon - a sore miss still.

The seats are massively upgraded and have gone from business to first class! The seat backs are wider, plumper, and now have a massage function that includes a hot stone option! Speaking of hot, ever conceivable part of the seat that you touch has optional heating - from the armrest to the leg/calf and foot rests on the extended wheelbase version heating! Oh besides the usual seat warmers that are there too of course. There is optional gesture control to raise and lower the window mesh blinds at the rear, though there are buttons for that too. The massive panoramic sunroof is lovely when sitting at the rear. In fact, the extended wheelbase has now achieved what Land Rover wanted - to slowly move the Range Rover to Bentley or even Rolls-Royce territory. The current generation car when it came out in 2013 had already heralded that move up - and the arrival of the fourth Range Rover (Velar) last year explained just why too. 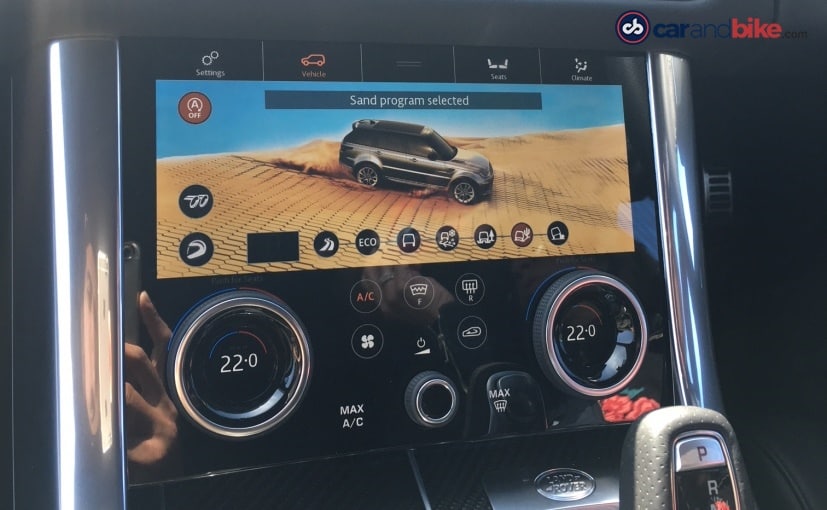 Now, I have a disclaimer for you - everything from this point onwards will be about how the car drives, but the car I mean is the P400e. And the reason I want to state that up front is because the hybrid isn't coming to India! The facelift will though - but on the engines we have been used to - the V8 and V6 diesels/petrol. That said there was still plenty there to remind me what the Range Rover stands for, and to appreciate the car's overall capability once more. The PHEV option (as Land Rover also calls it - or Plug-In Hybrid Electric Vehicle for the uninformed) is also available on the Range Rover Sport. But lets stick to the Range Rover shall we? The part that has me impressed is how the hybrid's off-road and wading capability has not changed over the regular car's. So the addition of the battery pack in the car's boot floor has not meant any compromise in extreme off-roading or the 900mm wading depth the car can go to. Approach and departure angles also remain the same on all types of powertrain options. If anything the instant torque is actually great as it allows for each wheel to be supplied with the juice it needs to get the best traction possible. So, having the electric powertrain on board makes this thing crawl nearly anywhere with more ease than the conventional Rangey! 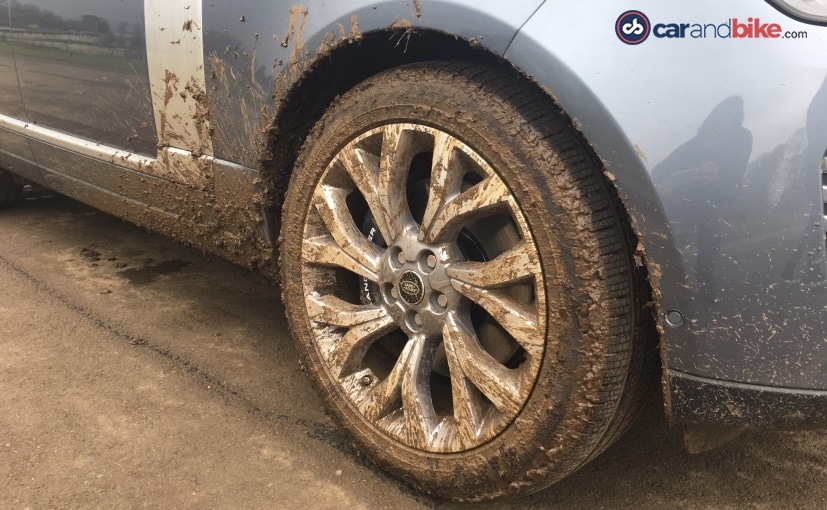 It is rather strange though to think about a Range Rover with a 4-cylinder engine under the bonnet. After all no Range Rover had offered anything but a V8 as standard, and subsequently a V6 option until now. The 2.0 ingenium engine puts out 294 bhp, but combined output is 396 bhp, and you get a whopping 640 Nm of peak torque that's available instantly like I said. That makes the PHEV more powerful than the standard V6 variants, though lower than the V8 supercharged variants of course. The car can run in pure electric mode - eerily silently I may add - for 51 kms, and you can decide to save the electric power for use when you want it exclusively, like for instance when entering a city centre. Pretty neat. It gets so silent on electric mode in fact that the Land Rover engineers have added a strange buzzing noise the car emanates to alert people in the area that it is coming, since they won't be able to hear any engine. Also neat! The car will go as fast as 130 kmph on pure electric mode as well. Definitely neat. The car responds with surprising alacrity given its size and bulk, and honestly the performance can put many more powerful engines to shame. The drive is also stately and smooth, with nary a flinch except at higher speeds where the sheer weight of the car starts to play catch up. The electric plug-in socket is cleverly concealed in the front grille panel. Open the flap and plug it in. That is smart since you could just park nose-in to a parking slot with a charger, and plug-in without the hassle of getting the cables to reach the car's socket. 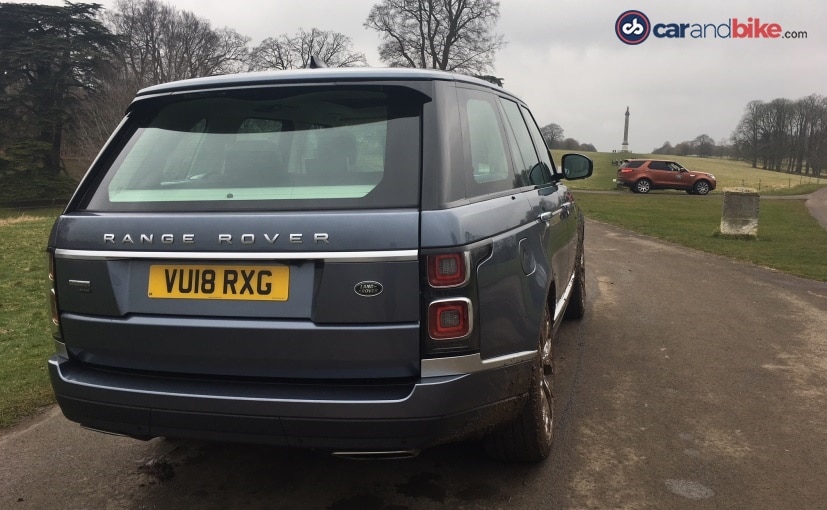 But like I said all of this becomes academic information for you and me - even if the tech aspect of it is blowing you away! But let's be fair - to the average Range Rover customer (is that a thing?!) it will be the softness of the leather, the clarity of the speakers, the feel of the plush carpeting and the firmness of the massage function that will matter the most. So from that point of the Range Rover will now only pamper you more. And all of that stuff is most definitely going to be on offer when the car debuts in India later in the year. Expect prices to stay sky high, but then that in itself is part of the allure to this buyer anyway, isn't it? Since this is facelift season, along with the flagship, the Range Rover Sport has also gone under the scalpel. I will give you those details in the next review, I promise.