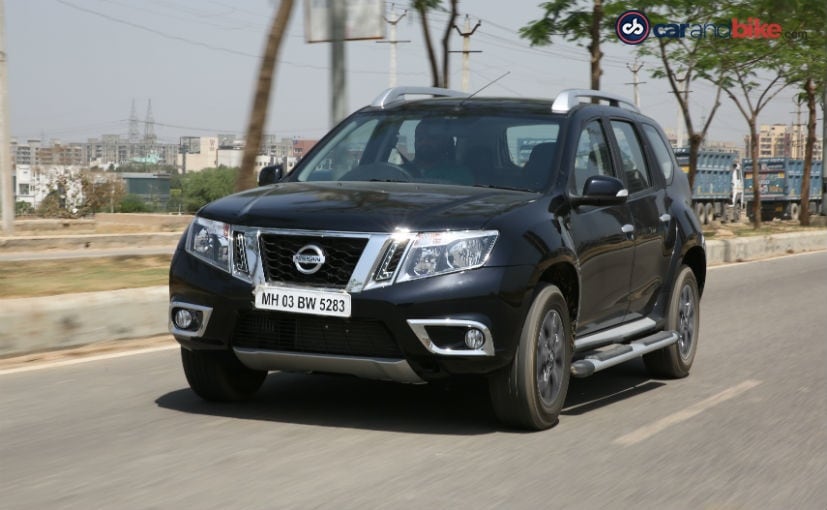 The Nissan Terrano was launched in 2013 and offered buyers in that segment a touch of premiumness and a slightly more masculine approach to the compact SUV conundrum. And it did do quite well. With its diamond cut alloy wheels and its generally wide stance, the Terrano took the fancy of a large number of people. Nissan has pretty much kept the Terrano unchanged with the exception of an AMT gearbox addition that was launched last year. And now, they have updated the compact SUV for the 2017 model year making small improvements. 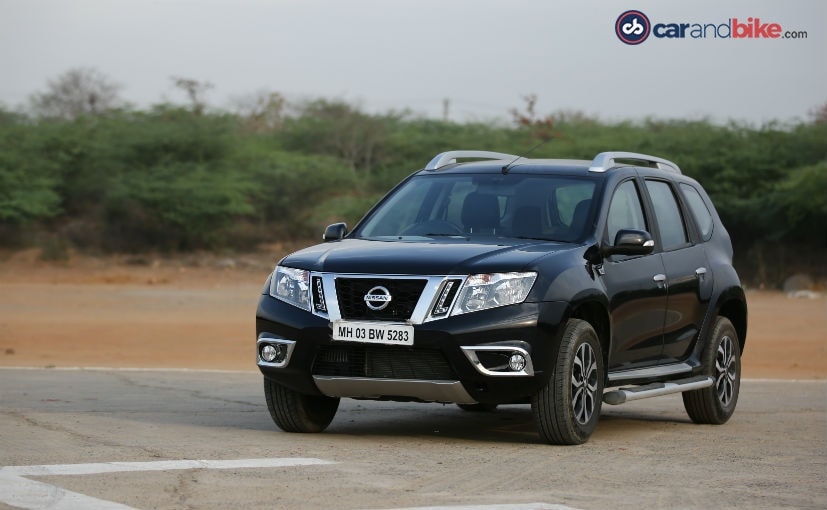 The 2017 Terrano's exterior gets no changes over the older version

The updates on the Terrano are all mostly on the interior. The Terrano in this top of the line spec that we have here, comes with a new two-tone leather interior package. The brown and black combination actually does make the compact SUV look a lot more premium that it was earlier (with the beige leather). The soft touch dashboard too gets the same two-tone treatment with a black upper half and a brown lower half. 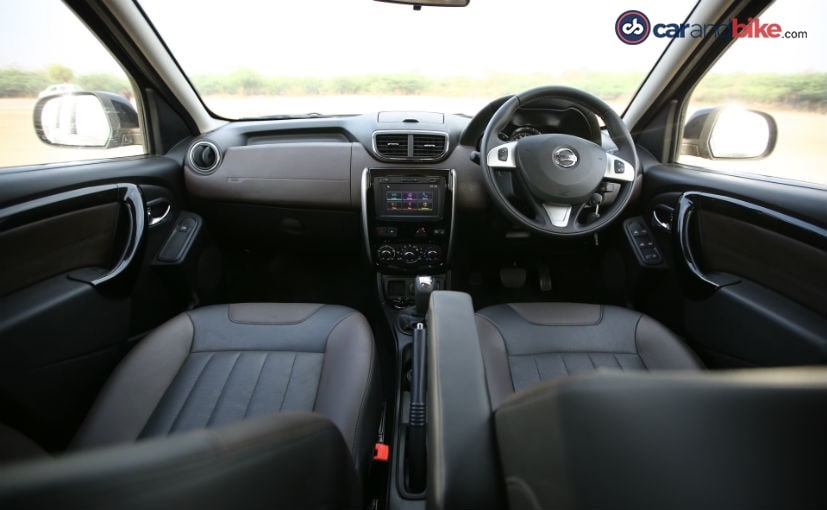 The driver's seat now gets a much needed foldable armrest

One of the biggest drawbacks of the Terrano was the fact that it did not have an up-to-date infotainment setup. Now though, the Terrano gets a 7-inch touchscreen with inbuilt navigation, iPod support and Bluetooth. Strangely, Apple CarPlay or Android Auto have both been given the miss. You do get a high mounted USB port, which does come in handy if you have your phone mounted on a suction mount on the windscreen. The Terrano also now gets cruise control and a much needed driver seat fold down hand rest which is a boon especially if you have the AMT version like we had. 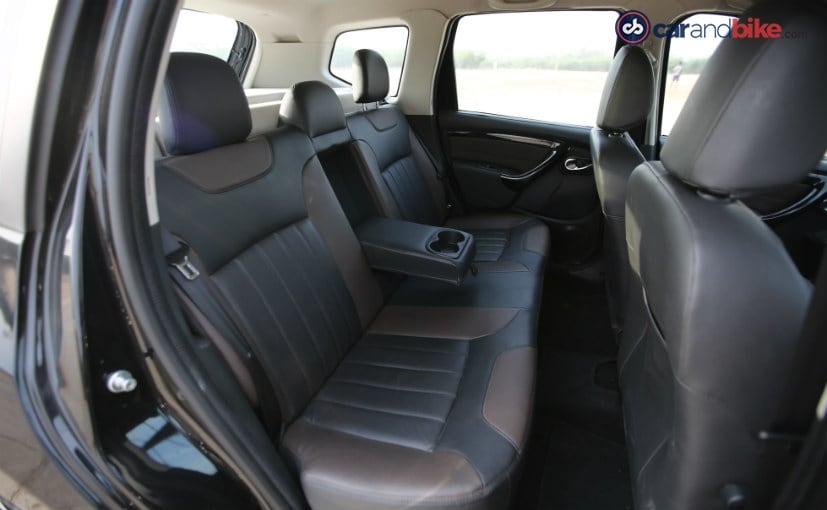 The Terrano still retains all the positives about the interior. The spacious cabin with comfortable seats and the airy greenhouse complement the new interior colors better than the beige did and the large boot is still big enough to dump large bags or a whole bunch of camera equipment in. 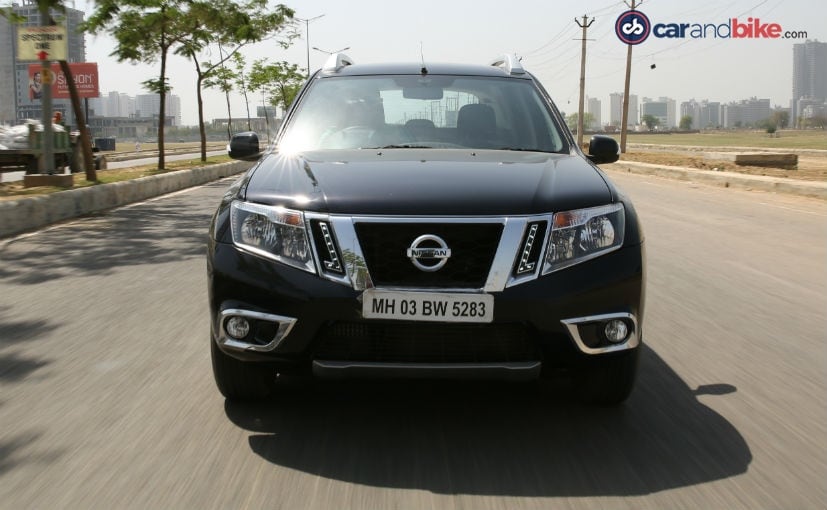 The Terrano diesel is available in 2 states of tune

Mechanically, the Terrano remains unchanged. You get two engine options - a 1.6 litre four-cylinder petrol motor and a 1.5 litre diesel that is available in two stages of tune. The petrol engine makes 102 bhp and 145 Nm of peak torque and is mated to a 5-speed manual gearbox. The diesel engine on the other hand is offered with an 84 bhp and 200 Nm avatar or a 108 bhp and 245 Nm of peak torque. The diesel is mated to either a five speed manual for the lower powered SUV or a 6-speed manual for the 108 bhp version. The 108 bhp version also gets a 6-speed AMT gearbox and that is the one you see in the pictures here. 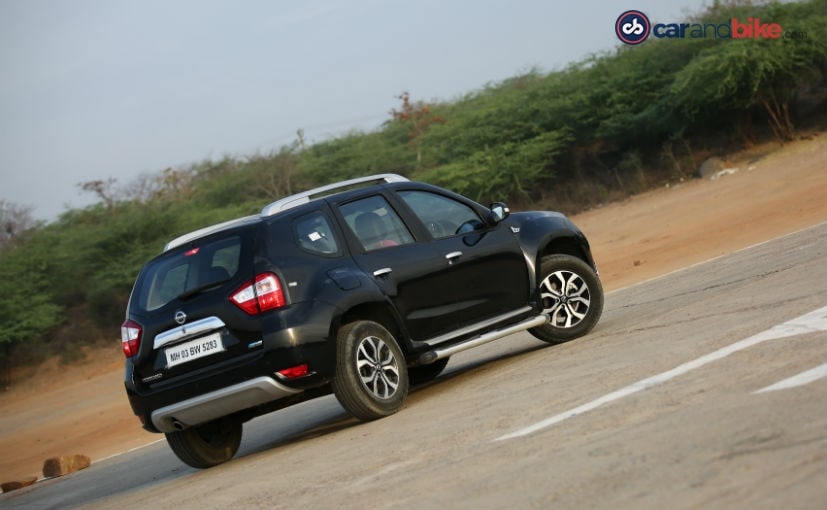 The Terrano is also offered with an AMT gearbox, introduced last year

Now, we have driven the AMT earlier too and the unit that Nissan and Renault use in their Terrano and Duster is one of the better AMTs in the market today. Once you learn the way the Terrano and the gearbox responds to your foot on the throttle in terms of overall throttle position, the compact SUV actually becomes quite a bit of fun to drive. In our opinion, the Terrano's primary appeal is the fact that its mechanical package is very very competent. 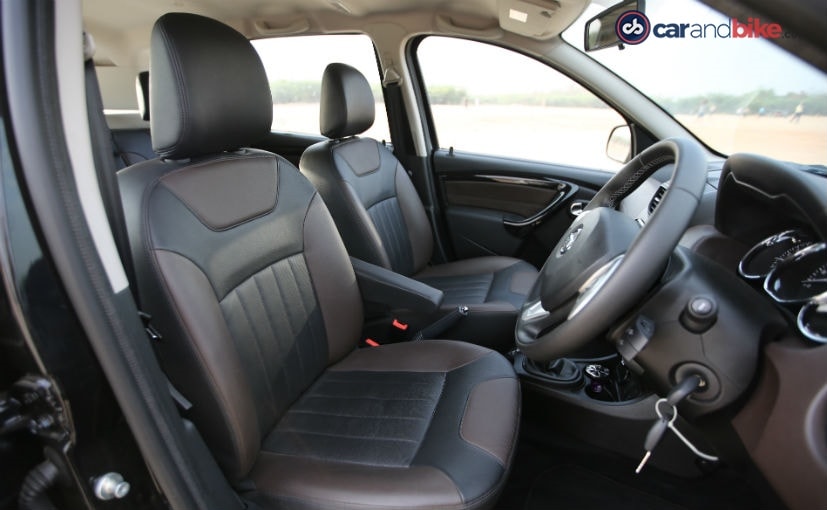 And that is not just limited to the engine and gearbox. The chassis setup and the balance between the ride and handling is best in class too. The Terrano has the distinct ability to handle high speed corners faster than you would expect it to do and yet manage to do quick direction changes with ease. And to add, the Terrano has really good ride quality. It can handle almost every single type of road surface thrown at it and yet be comfortable enough inside the car for its passengers. 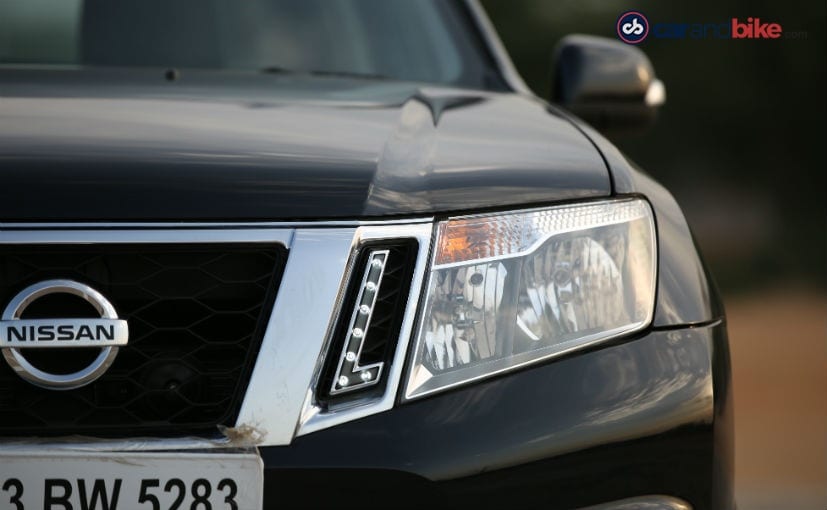 Moving on to the exterior, sadly, Nissan has done nothing to change the way the Terrano looks - and that is a little disappointing. The large muscular chrome grille and the multi pod headlamps remain unchanged and the Terrano does not get DRLs as standard fitment. You can however opt for a dealer fitted LED DRLs for about ₹ 4000 that does integrate quite nicely into the grille. You can also opt for a set of chrome fog lamp surrounds and exhaust tip as a part of a styling package. Nissan could have and should have added a set of headlights with inbuilt LED DRLs, maybe a new grille or bumper and a set of new wheels that would have made the Terrano look a lot more contemporary. 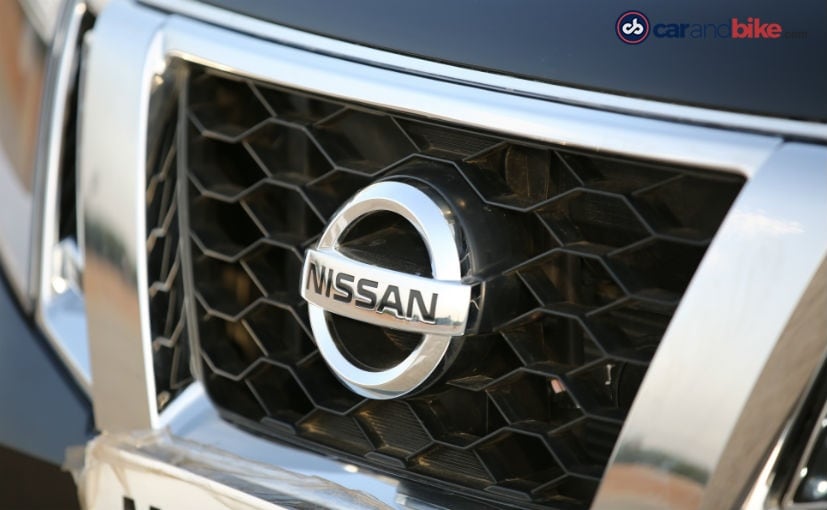 While it's well loaded, there is ample room for improvement

Prices for the Nissan Terrano start at Rs 9.99 lakh for the base model petrol and diesel and Rs 14.20 lakh for the top of the line diesel with the automatic gearbox.

The Terrano does tick a lot of boxes when it comes to the ideal package but the room for improvement is vast! All said and done though, even with raging competition, we still think that the Terrano can still hold its own.