India Yamaha Motor is ready to launch the MotoGP version of the R15 V3 in India soon. In fact, the company has already teased the bike in a short video. 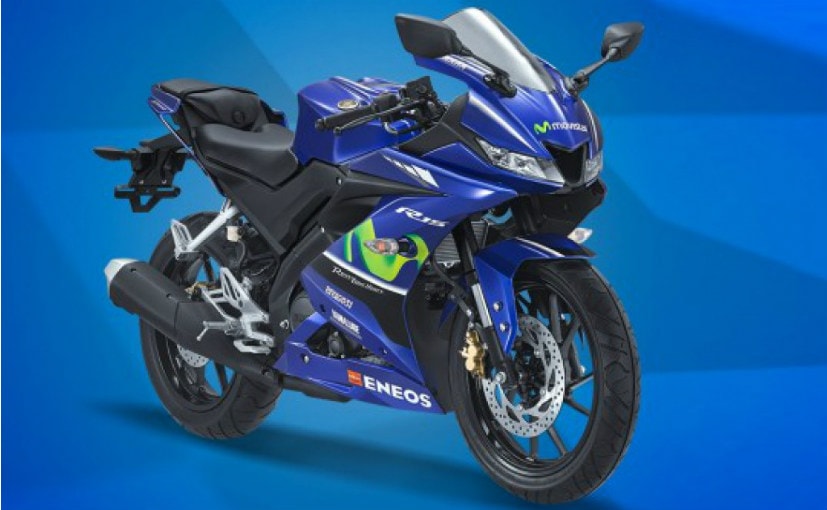 India Yamaha Motor has teased the much talked about MotoGP edition of the YZF R15 V3 through a short YouTube video. It will just be a new variant of the R15 V3 with motorsport livery inspired from Yamaha's current MotoGP motorcycle, the M1. The R15 MotoGP edition gets a blue and black paint scheme with 'Movistar' and 'ENEOS' logos, who are sponsors for the Yamaha MotoGP team. Also, there is a 'Yamalube' logo on the motorcycle fairing as well. While all details are not out, we expect that MotoGP edition of the R15 will be manufactured and sold in limited numbers. Recently, India Yamaha also increased the price of the standard R15 V3 by ₹ 2,000 which means that the bike now sells for ₹ 1.27 lakh (ex-showroom, Delhi). One can expect a slight premium in terms of pricing for Yamaha R15 V3 MotoGP edition.

Apart from the colour scheme, we do not expect the bike to have any other changes. The R15 will continue to get the updated 155 cc single-cylinder engine with variable valve actuation (VVA) which makes 19.3 bhp and 15 Nm of peak torque. The engine is mated to a six-speed manual gearbox with a slipper assist clutch.

Compared to the international specification R15, the Indian model misses out on ABS, upside down forks in a bid to control the cost. At its current price, the R15 V3 is one of the best entry-level sportbike that you can buy. It will happily do your daily commute and keep you happy on the racetrack as well.