'War' is an upcoming action movie with Hrithik Roshan and Tiger Shroff in lead roles. One of the interesting bits is that both bonafide action stars will be seen riding BMW motorcycles in the movie, promising for a thrilling chase sequence. 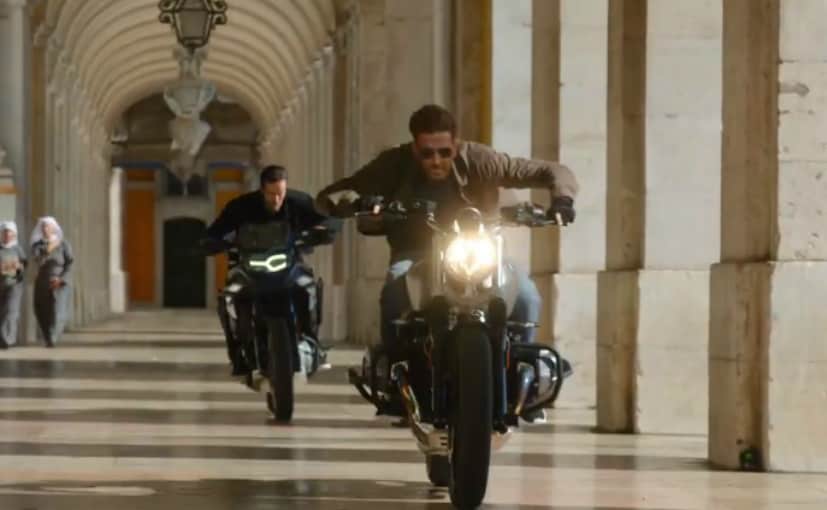 The movie 'War' has been coming for a while now and it promises to be your typical Bollywood action flick with gorgeous locations, hunky lead heroes and our favourite, two motorcycles beauties as well. In 'War movie', lead actors Hrithik Roshan and Tiger Shroff will be seen facing off each other and to add to the excitement quotient, two BMW Motorcycles, namely the R nineT Scrambler and the F 750 GS make an appearance in the movie. In one of the movie trailers, Hrithik is seen tearing the road apart on a beautiful BMW R nineT Scrambler with Tiger Shroff chasing him on a BMW F 750 GS adventure motorcycle. The bike chase sequence looks promising and we definitely expect this edge-of-the-seat thriller to be further enhanced by the high octane motorcycle chase! 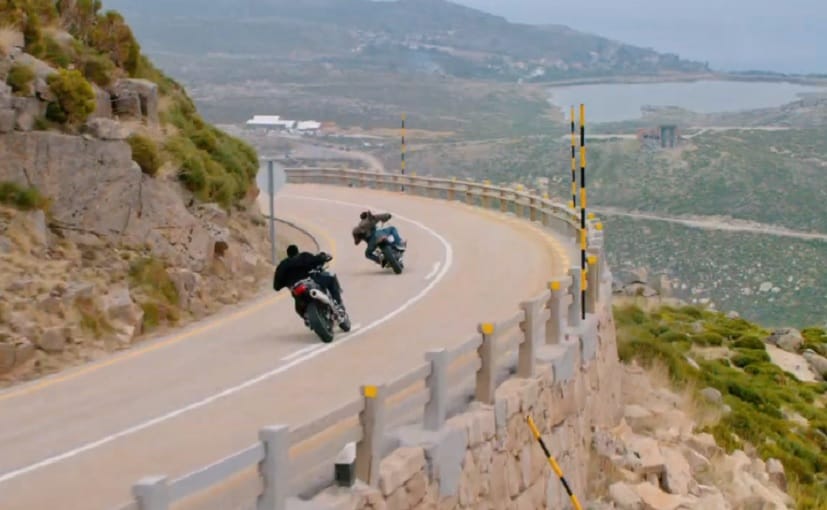 Rudratej Singh, President and Chief Executive Officer, BMW Group India said, "BMW Motorrad stands for unadulterated passion for adventure and exploration on two-wheels. Whether city roads, tough terrains or racetrack, our motorcycles are always ready for high octane action. And this time, the adventure will come alive on the big screen. BMW R nineT Scrambler and BMW F 750 GS will make a special appearance in upcoming action block-buster 'War'. BMW Motorrad fans and Bollywood lovers will witness the dynamic performance and precision of these motorcycles in never-before seen action sequences. BMW Motorrad will continue to excite motorcycling enthusiasts throughout the world in both real and reel life!" 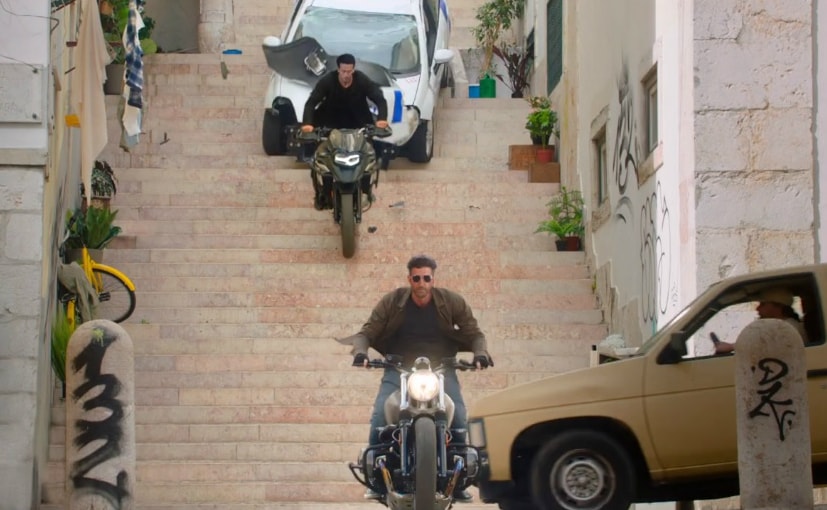 Both Hrithik Roshan and Tiger Shroff look ripped and ready to deliver a bucket load of fun. This isn't the first instance where we have seen Hrithik Roshan rocking a motorcycle in a movie. In 'Dhoom 2', Hrithik Roshan was riding a sexy Suzuki GSX-R1000, a monster of a litre class motorcycle when getting away from Abhishek Bachchan, who was riding a Suzuki GSR 600. A few years ago, he portrayed the role of a spy in 'Bang Bang' and was seen riding a dirt bike and romancing Katrina Kaif on the move! Talk about doing it in style! 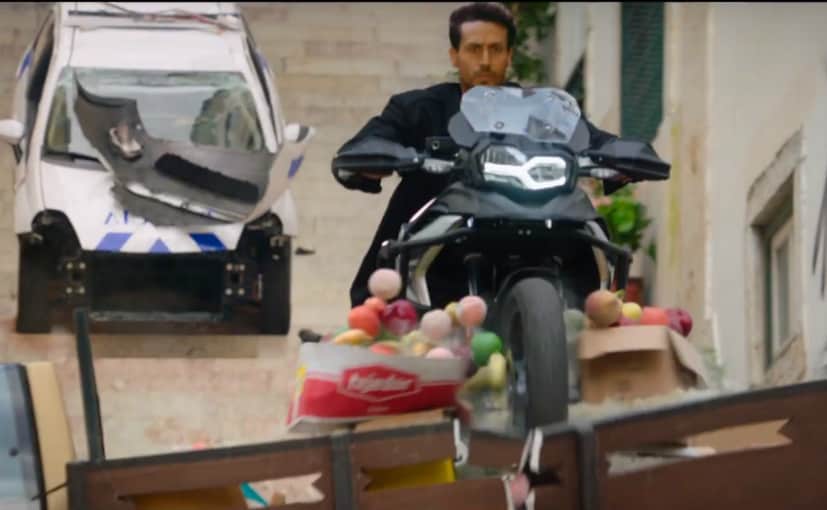 War Movie Scene: The BMW F 750 GS is meant to be a long distance touring motorcycle.

The BMW R nineT Scrambler is a retro-styled hipster motorcycle which is powered by a 1,170 cc boxer-twin motor that makes 108 bhp and 116 Nm of peak torque. In addition to being a beautiful looking motorcycle, the R nineT Scrambler is thoroughbred performance bike as well. Similarly, the BMW F 750 GS is meant to be a long distance touring motorcycle which can take on bad roads and is up for a few jumps as well. War Movie Scene: We would have liked if Hrithik Roshan and Tiger Shroff could have worn helmets in the movie!

Well, we wish the team of 'War movie' the very best of luck and are looking forward to watch the movie too! Our only grouse is the fact that being role models and responsible celebrities, Hrithik Roshan and Tiger Shroff could have worn helmets in the movie! We are all fond of thrilling bike chase sequences but championing the cause of road safety goes a long way and will prove to be the right thing for their fans to emulate!