The Volvo XC90 Excellence Lounge Console brings more grandeur to the Swedish SUV with a three-seater layout and lots of luxurious features. 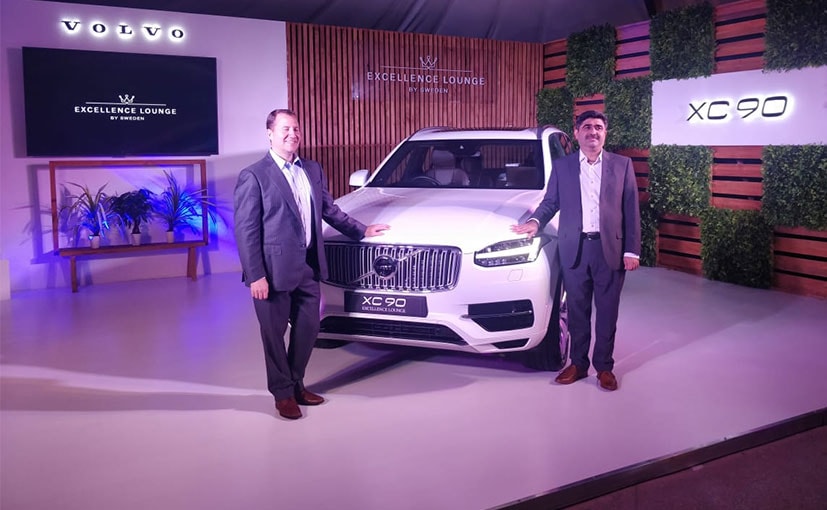 The new Volvo XC90 Excellence Lounge Console takes the grandeur of the Excellence trim that is currently sold in India, a step further. The multi-function module can transform into a 17-inch touchscreen display, a table,a foot rest and also offer extra storage for personal items. The rear passenger is also pampered with the massage function and ventilated seats, all of which can be controlled by a touchscreen display between the two rear seats. There are tray tables too for the central armrest that also integrates USB charging points.

The XC90 Excellence Lounge Console also incorporates a refrigerator complete with bottle and glass holders, a heated/cooled cupholder and handmade crystal glasses made by famous Swedish glass maker Orrefors. The cabin gets covered in the best of Nappa leather coupled with high quality open-pore wood, and a whopping 20-speaker, 1400-watt Bowers & Wilkins sound system. A nice touch is the Orrefors crystal gear shifter that adds to the luxurious appearance of the cabin.

All that opulence on the Volvo XC90 Excellence Lounge Console continues to be propelled by the same T8 twin-engine with a plug-in hybrid system. The 2.0-litre supercharged and turbocharged motor develops 401 bhp and 640 Nm of peak torque. An 8-speed automatic transmission is paired with the engine that sends power to all four wheels via the AWD system. The SUV comes with three driving modes - Pure, Hybrid, and Power.

The Volvo XC90 Excellence Lounge Console is positioned above the Excellence trim and is limited in volumes. The luxury SUV does compete with a number of flagship sedans including the Mercedes-Benz S-Class, BMW 7 Series, as well as the upcoming Audi A8 L.