With over 80,000 orders due for the new Volvo XC40, the Swedish auto giant is aiming to increase production at the Ghent facility. 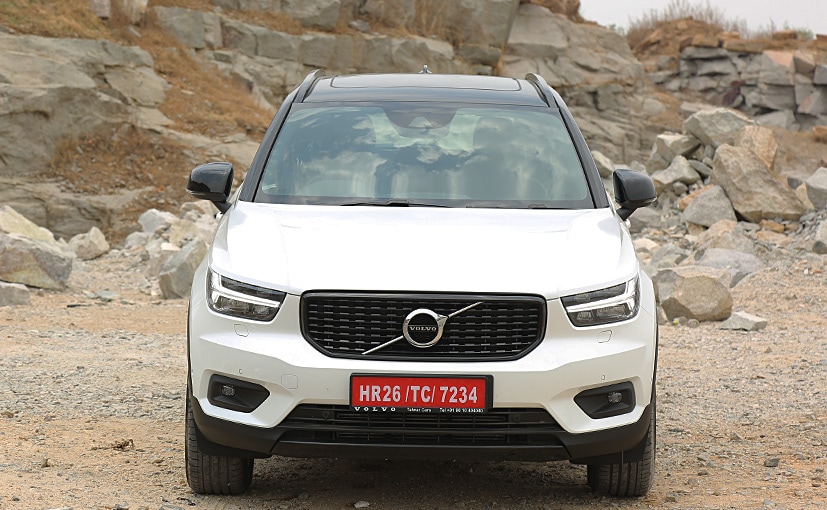 The Volvo XC40 is the Swedish giant's smallest crossover yet, and the model certainly has taken the fancy of potential buyers across the globe. Keeping up with the strong demand, the automaker has now announced that it will be ramping up production of the XC40 to meet nearly 80,000 orders for the SUV. The Swedish offering is manufactured at the Geely-owned Volvo's Ghent facility in Belgium and will also commence at the Luqiao plant in China from the first half of 2019. The Volvo XC40 is also slated to be launched in India in July this year, and we have driven the SUV too.

Speaking about the production increase, Volvo Cars - President and CEO, Hakan Samuelsson said, "The XC40's success has surpassed even our highest expectations. The small SUV segment is the fastest-growing segment in the industry now, and with these additional CMA-based models we expect to benefit further from that growth."

Volvo's Ghent facility produces the S60, V60 and XC40 SUV at present. However, production of the new generation S60 and V60 offerings will soon move out of the Belgian facility. While the new generation Volvo V60 station wagon will be produced at the Torslanda plant in Sweden, the upcoming all-new S60 sedan will be manufactured at Volvo's new facility in the US. This frees up the capacity on the assembly line at the Ghent plant and will accommodate the increased demand for the new XC40 accordingly.

The Volvo XC40 is the first product to be based on the automaker's all-new compact modular architecture or CMA-platform. The SUV will take on the Mercedes-Benz GLA, Audi Q3 and BMW X1 in the segment. Globally, the SUV is offered with both 2.0-litre petrol and diesel engines, while India will only get the diesel at the time of launch later this year. We also get the new XC40 in the sporty R-Design trim.

The Volvo XC40 is targeted at a young customer base and the bold, upright design language stands testimony to that. The offering comes with a ground clearance of 211 mm, which makes it capable to tackle some of the worse terrains. Inside, the cabin feels every bit premium finished in black and a contrasting red, with a massive touchscreen infotainment system dominating the centre console.

Initially, the Volvo XC40 will be coming to India as a Completely Built Unit (CBU), while local assembly should take place at a later stage. Expect the XC40 to be priced between ₹ 35-40 lakh (ex-showroom) for the single trim, which should make it competitively priced over its rivals.