The crossover convertible will be showcased at the 2019 Frankfurt Motor Show and will launch subsequently in global markets. Volkswagen is all set to bring in the first crossover convertible in the compact SUV class and it's the T-Roc that's going to get this treatment. The T-Roc cabriolet will add to the diversity of the booming SUV segment across the world and of course breathe in some fresh air in that segment. The T-Roc is a popular car and ever since its launch globally, Volkswagen has sold 3.60 lakh units of the car. The Cabriolet is based on the T-Roc Crossover and gets a high-quality soft top which opens in nine seconds, even when driving at speeds of up to 30 kmph. What's more, the crossover utility vehicle boasts all of the familiar strengths of Volkswagen SUVs: elevated seating along with numerous customisation options. The crossover convertible will be showcased at the 2019 Frankfurt Motor Show and will launch subsequently in global markets.

The T-Roc Cabriolet stands out with its distinctive body style. The strikingly wide front end, prominent lines and tight proportions bring out the SUV looks. The team under Head of Design Klaus Bischoff gave the crossover Cabriolet a powerful yet refreshing appearance. "The T-Roc Cabriolet carries the freedom of design into the driving experience itself. We have redefined the CUV as an emotive lifestyle product that combines power and style in a unique way", says Bischoff. 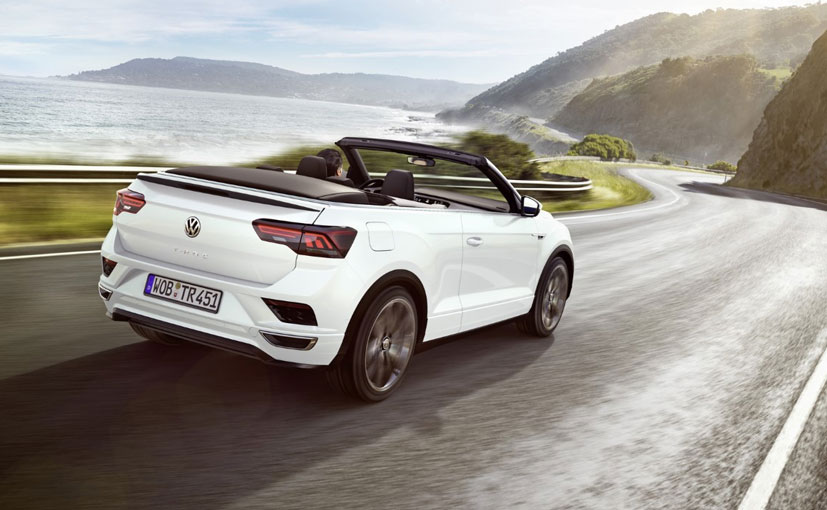 Positioned within the segment under the Tiguan, the T-Roc and the T-Roc Cabriolet both share its design basis: the modular transverse matrix (MQB). The T-Roc Cabriolet is 4,268 mm long, with a wheelbase of 2,630 mm. The vehicle is 1,811 mm wide (without exterior mirrors) and 1,522 mm high. The driver and front passenger are seated at a comfortable 599 mm over the tarmac.

Inside, the two-door model, the drivers and passengers can expect a high degree of flexibility and generous open spaces. The same goes for the 284-litre luggage compartment, which is something to be proud of in the compact crossover segment. The versatility of this vehicle concept is also underscored by an optional towing bracket. The soft top itself consists of the linkage, the headliner, an all-over cushioned mat and the outer cover. A total of four cross braces and the front cross strut (the first large cross member behind the windscreen frame) are mounted between the longitudinal frame of the soft top linkage. The soft top is attached to the cross struts by bolted-on fabric holding rails. This ensures that the soft top does not inflate, even when driving at high speeds. Not only does this have a positive impact on the aerodynamics, but also on the noise levels in the vehicle interior. The interior is quiet thanks to both the sophisticated design of the soft top, as well as to the specially developed window and door seals. 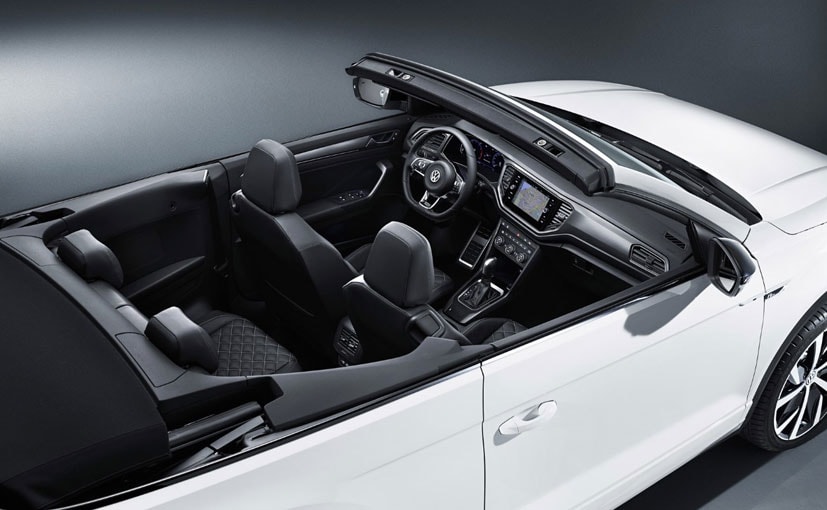 The cabin of the VW T-Roc Cabriolet remains unchanged

Passengers in the T-Roc Cabriolet are well-protected thanks to the roll-over protection, which is located behind the rear seats and is extendable and reversible. The system used in the T-Roc springs upwards in the area of the rear headrests within fractions of a second, in response to exceeding a defined lateral acceleration or vehicle tilt.

The T-Roc Cabriolet gets an option of the next generation Infotainment system (MIB3), thanks to which it is permanently online - enabling it to offer completely new services and functions. The new system has an online connectivity unit, including an integrated eSIM. This means the Cabriolet can, if desired, be permanently online as soon as the driver has registered it in the Volkswagen system. Information is displayed on the Infotainment system screen, which measures up to 8 inches. When this is used in combination with the optionally available Active Info Display, with its 11.7-inch screen, a completely digital cockpit landscape can be created - what we call the Digital Cockpit. There is also the option to round off the functional equipment with a 12-channel sound system from US-based manufacturer BeatsAudio, with a system output of 400 watts, enhancing the driving experience when the soft top is open.

Customers can choose between two efficient turbocharged petrol engines with 113 bhp and 147 bhp. The manual six-speed gearbox comes as standard with the 1-litre 3 cylinder unit while the more powerful 1.5-litre gets a 7-speed dual clutch transmission. The open top T-Roc is produced at Volkswagen's Osnabruck location, a plant with a long history of making convertibles. Indeed, the convertible variants of the Beetle and the Golf were also built here.