A 1980 Yamaha XS650, which was modified to run on waste production from distilling vodka, set a new record at Bonneville Speed Week. 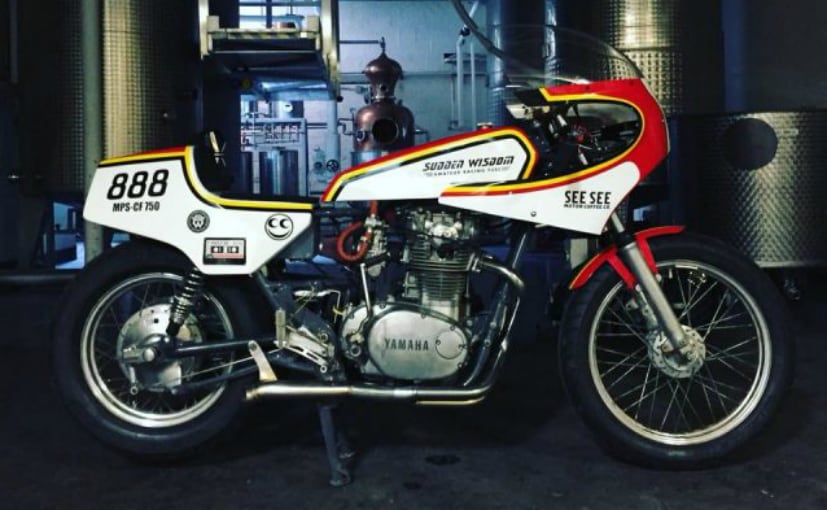 A motorcycle running on vodka waste products has set a new record at the Bonneville Salt Flats Speed Trials. The motorcycle is a modified 1980 Yamaha XS650 which has been converted to run on recycled vodka. The bike was hand-built and ridden at Bonneville by Ryan Montgomery, owner of the Montana-based Montgomery Distillery. Ryan reportedly began planning for the event last winter after deciding to try out land speed racing. The bike, which has been named 'Sudden Wisdom' after the distillery's rye whisky, far exceeded its original target of 98 mph (157.71 kmph), achieving an average of 113 mph (181.85 kmph).

The fuel is made by recycling the heads from the distilling process, which makes a good, clean-burning ethanol. The heads would otherwise be of no use and would be thrown away after the distillation process. Despite not knowing the exact process needed for the bike to run on the vodka waste, 41-year-old Ryan spent months mastering the technique with the help of his friends at his makeshift home garage. Ryan had no previous experience of building a race bike, and nor had he ever raced.

The project was reportedly aided by sponsors who contributed $ 1,000 (around ₹ 70,000 in current exchange rates), and the modifications to the bike cost around $ 5,000 (over ₹ 3.5 lakh). The amateur race team entered the bike into the class for 1980 and older 750 cc modified bikes with alternate fuel. After setting the new record, the feat was surpassed by another entrant three days later, with a 1974 Honda CB750 bike hitting 143 mph (over 230 kmph).