The Toyota Raize subcompact SUV shares its underpinnings with the recently revealed Daihatsu Rocky SUV and will be officially revealed for the Japanese market next month. 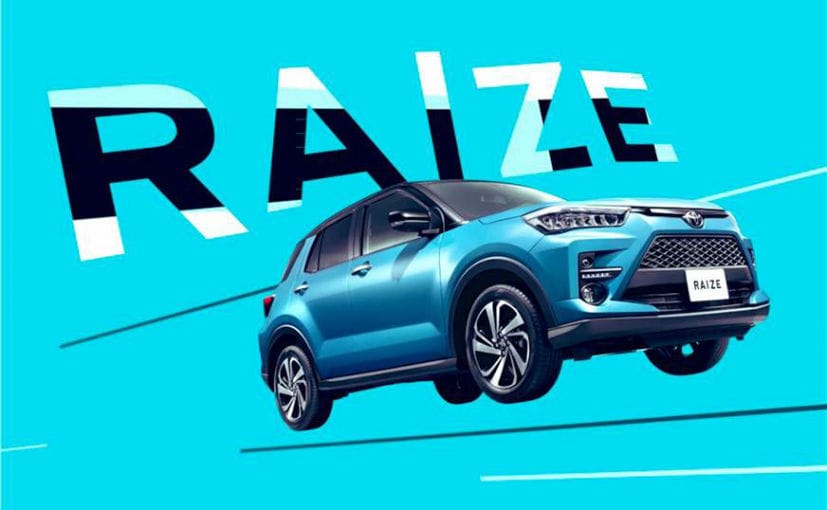 View Photos
The Toyota Raize is scheduled for an official debut on November 5, 2019, in Japan

The first images of the Toyota Raize subcompact SUV have been leaked online, much before you were supposed to see it. The Raize is scheduled to make its global debut on November 5, 2019, in Japan and the sub 4-metre SUV shares its underpinnings with the Daihatsu Rocky small SUV that was revealed at the Tokyo Motor Show this month. Both models are based on the Daihatsu New Global Architecture (DNGA), a low-cost derivative of the Japanese auto giant's TNGA platform that underpins most of the brand's new vehicle range. The Toyota Raize will take on the Nissan Kicks, Hyundai Venue, Ford EcoSport, among others in global markets. 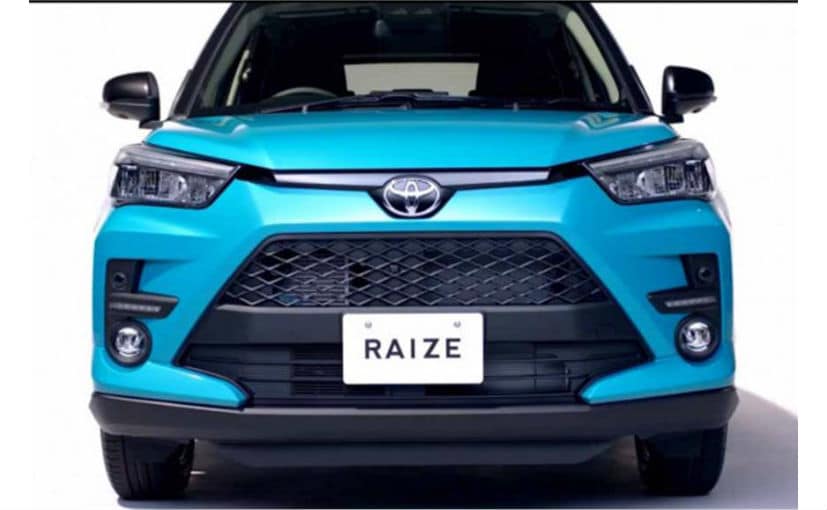 The Toyota Raize appears similar to the Daihatsu Rocky in terms of the overall silhouette, but sports a new design language in-line with the automaker. The front remains familiar with what we see on other Toyota models with the large trapezoidal lower grille flanked by LED DRLs and fog lamps on either side. The slim headlamps get the LED treatment as well and are connected with the gloss black finished bar in the middle that houses the Toyota logo. The styling gets minimal chrome overall that certainly looks good and sporty in our opinion. The leaked image also indicates a dual-tone paint scheme and wraparound taillights that is also likely to get the LED treatment. The subcompact SUV is expected to ride on 17-inch diamond-cut alloy wheels. There's a small cladding on the lower section intended for the rugged effect.

The cabin has not been revealed on the upcoming Toyota Raize, but is likely to share the same layout as the Daihatsu Rocky. This includes an 8-inch touchscreen infotainment system, brushed aluminium air-con vents, three-spoke steering wheel and an all-black treatment. With respect to proportions, the Raize is likely to remain identical to the Rocky. The latter measures 3995 mm in length, 1620 mm width and 1695 mm in height. The wheelbase stands at  2525 mm. 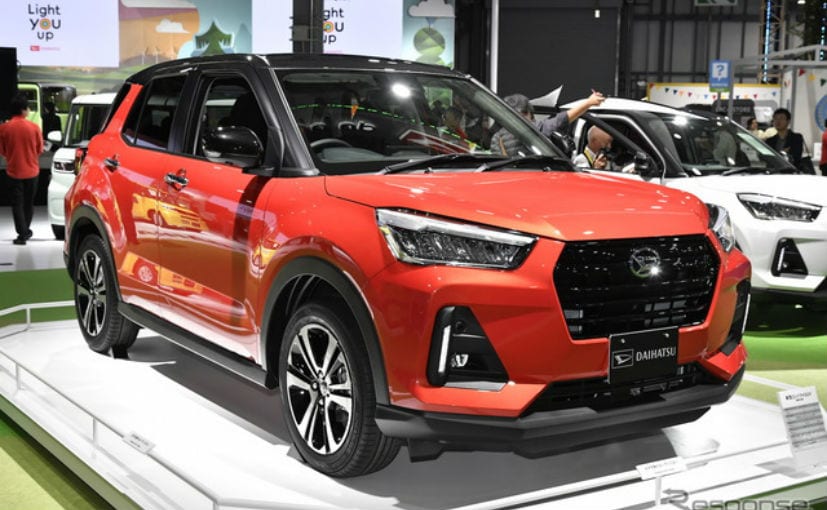 The Toyota Raize is expected to draw power from a 1.0-litre three-cylinder turbo petrol motor that will belt out about 96 bhp and 140 Nm of peak torque for the Japanese market. Transmission options will include a CVT and a 6-speed manual, while Four-Wheel Drive will be offered as optional on the SUV.

In India though, Toyota is developing its own version of a subcompact SUV based on the Maruti Suzuki Vitara Brezza, courtesy of the Toyota-Suzuki tie-up. It will be interesting to see if the upcoming Raize serves as an inspiration for the India-spec model.