Upcoming Electric Cars In India In 2019

The government is trying to bring in electric cars to India and implement it by 2032. 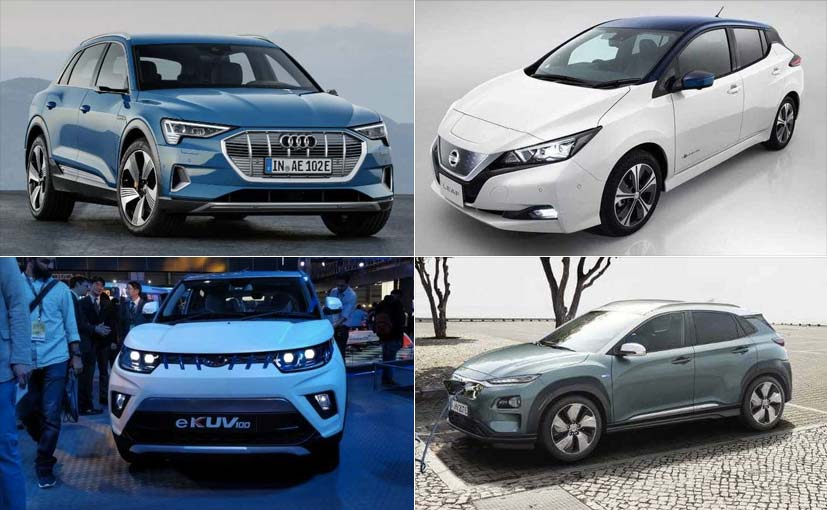 View Photos
The demand for electric cars will certainly increase in India in near future.

As we move towards the end of the decade, there's a lot that's changing. Right from consumer sentiments to auto companies' outlook to cars in India, there's a lot happening in this sector. In fact, the government is trying to bring in electric cars to India and implement it by 2032, though it looks like India will need more time to adjust to this change. Electric cars and Hybrid cars are the talk of town not only because of reduced emissions, but also because they give the owner a status in society, that of one conscious of the environment, a green crusader of sorts. The demand for electric cars will certainly increase in India in near future and electric vehicle makers who have already started their operations like Mahindra, Hyundai, KIA, Nissan and even Audi should benefit from it. The company has already tied up with self-drive mobility platforms to boost its sales too. But seeing there is a strong demand for Hybrids and electric cars in India, car makers are bringing a host of them to the country in 2019.

Here are the Electric and Hybrid Vehicles expected In 2019. Mahindra had already announced that it is all set to launch more electric vehicles in India and the addition to the current portfolio will be the electric version of the KUV100. The company has plans to expand this portfolio with a crossover too by 2020. As part of its expansion plans, the company will invest over ₹ 500 crores in its Electric Vehicle Project under the new EV Policy of the Government of Maharashtra. The investment for EV and EV Components is in addition to its ongoing expansion plan in Chakan which includes an initial investment of ₹ 6,500 crores. This additional investment of ₹ 500 crores will be utilized towards product development and capacity enhancement for electric vehicles and related components. Mahindra & Mahindra Ltd and LG Chem have already announced a collaboration in the field of advanced Li-ion battery technology. Under the aegis of this collaboration, LG Chem will develop a unique cell exclusively for India application and will also supply Lithium-ion cells based on nickel-manganese-cobalt (NMC) chemistry with high energy density. These cells will be deployed in the Mahindra and SsangYong range of electric vehicles. The KUV 100 electric will help the company expand its portfolio significantly and provide customers with more options to choose from.

Also Read: Mahindra To Launch Its Electric SUV In The First Half Of FY 2019-20 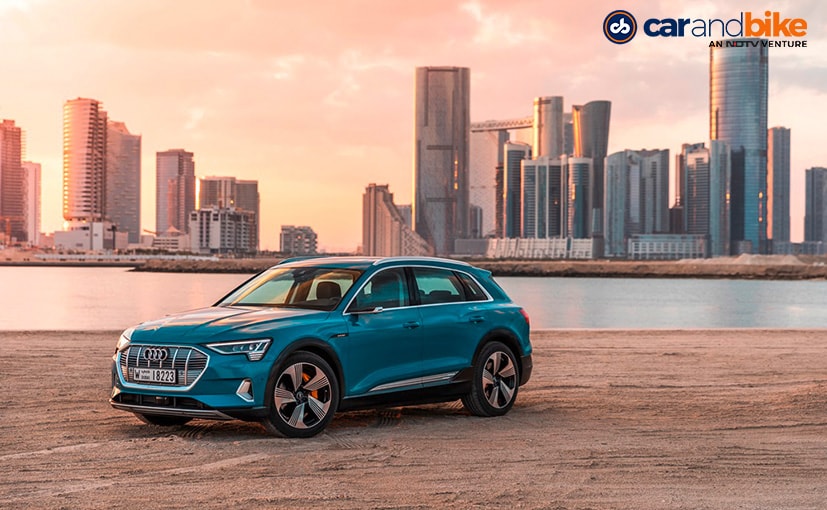 Yes, the e-tron is all set to come to India by 2019. On various occasions Audi's Head in India, Rahil Ansari, had spoken about the car coming to India in 2019 but he'd also said that the infrastructure had to be conducive for an electric car like the e-tron but at the world premiere of the car in San Francisco, the company announced its intentions to bring the car to India in 2019. The Audi E-Tron gets typically Audi styling which is sharp and edgy along with keeping it more conventional than wild, as was the case for earlier concept models. The front end gets an octagonal grille with active flaps, that allow air to pass through and cool the front axle motor. Viewed in profile, the E-Tron SUV has a typical crossover silhouette and when it comes to size, the E-Tron sits between the Audi Q5 and the Audi Q7. The rear of the SUV is characterised by a sloping roofline along with the LED taillights which run across the boot of the SUV. Overall, the design of the Audi E-Tron is not a far cry from its Q range of SUVs but still distinguishes itself from its other SUV siblings, thanks to contemporary styling. The Audi E-Tron SUV gets two electric motors, one on each axle. The one on the front makes 125 kW while the rear motor makes 140 kW, with the combined total of 265 kW or 355 bhp. The peak torque output is 561 Nm. In the boost mode, the power output goes up to 300 kW or 408 bhp. The Audi E-Tron SUV has a range of 400 km on a single charge according to WLTP cycle and can touch a top speed of 200 kmph. Also, the 0-100 kmph sprint is done in 6.6 seconds in the normal mode and 5.7 seconds in the boost mode. More cars are expected to be built on the same platform and we wait to see if Mercedes-Benz plans to bring the EQC too, though it's not on the cards yet for India. 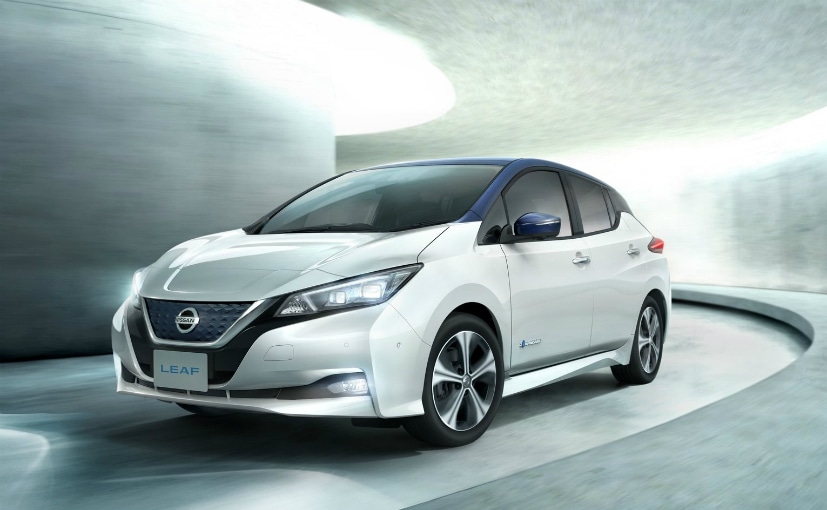 Nissan revealed the new generation of the Leaf in 2017 and yes, it's coming to India next year. We say this because, we've already spotted the car testing on Indian roads and so, the launch might be an imminent one. The 2018 Nissan Leaf boasts of an improved aerodynamic design and takes inspiration from the new-gen Micra in this regard. The Leaf gets a new e-Pedal system which will accelerate, decelerate, stop or hold. This one-pedal technology allows the combination of speeding up, slowing down and braking, all with stepping on the one-pedal function. It will be handy in congested traffic. It gets improved battery life as well and comes with a 40 kWh battery with a range of up to 400 km on a single charge. Power output stands at 148 bhp and there's a torque of 320 Nm on offer. Charging time is 8 hours to 16 hours depending on the power capacity and the Leaf also gets a quick charging feature which can give 80 per cent battery time in 40 minutes. The Leaf will be the first Nissan vehicle to feature the ProPILOT Park system, which will help the driver to park in tight spots by taking over the steering wheel. The Leaf will use Sonar tech and cameras to drive itself in various parking spots, be it angled, parallel, straight. While we wait to hear more from the company about the launch of the Leaf in India, we are happy that the world's best-selling EV will finally be available in our country.

Hyundai is all set to launch an electric SUV in the country and it's going to be the Kona. While we hope that the gasoline and diesel versions of the car to make their way into the country, the electric version will be the Korean car maker's very first electric car in the country. The Hyundai Kona Electric gets substantial exterior changes to convey its electric powertrain. The front grille is replaced by a sleeker, body coloured closed unit and incorporates a flap to cover the charging socket beside the Hyundai badge. The headlight design remains sharp like the conventional version. The Kona Electric also sits taller by 15 mm over the petrol version, while the front and rear bumpers have been revised to be aerodynamic.  Power on the Hyundai Kona Electric comes from a range of engine options. There is a 39.2 kWh battery that can travel up to 300 km in a single charge. This version uses a 99 kW electric motor with 134 bhp and 395 Nm of peak torque, can hit 0-100 kmph in 9.2 seconds. The top speed is rated at 155 kmph. India is likely to get this version. The Kona has already received a 5 star Safety rating at Euro NCAP, so the safety aspect is taken care of. The Kona will be assembled in India and hence the price too will be very competitive.