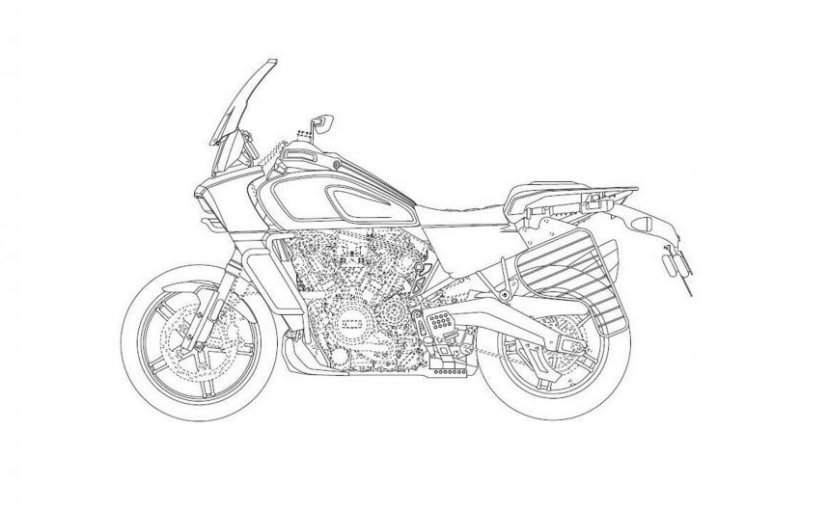 Design drawings of the upcoming Harley-Davidson bikes filed with the European Union Intellectual Property Office have emerged and the images reveal what are certainly to be upcoming models to be introduced in the next couple of years. Last year, Harley-Davidson announced several future models, including a new adventure touring model called the Harley-Davidson Pan America with a 1,250 cc v-twin engine. In all, images of three upcoming Harley-Davidson models have emerged, including the Pan America, Streetfighter and the Custom 1250. And at least two of these patent images show the bikes sporting saree guards, hinting that these will be primarily targeted at the Indian market, and maybe even assembled here. 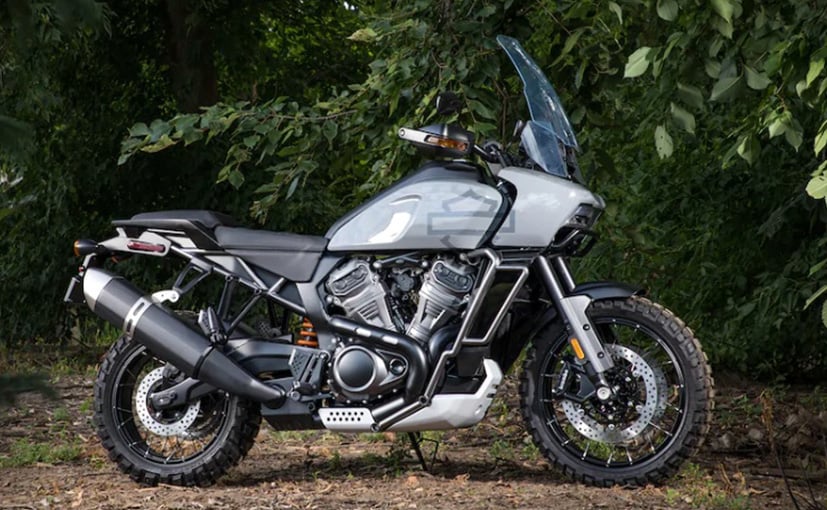 Now, the latest patent images reveal that the Pan-America will follow the same design language as revealed by Harley-Davidson last year, but these seem more evolved than the prototype illustrations revealed last year. There are small, but obvious changes, like cast wheels for the Pan America, radiator crash guards, a large, probably adjustable windscreen, and off-road style handlebar guards. Towards the rear of the bike, just under the pillion seat also reveals what seem to be pannier mounting points. 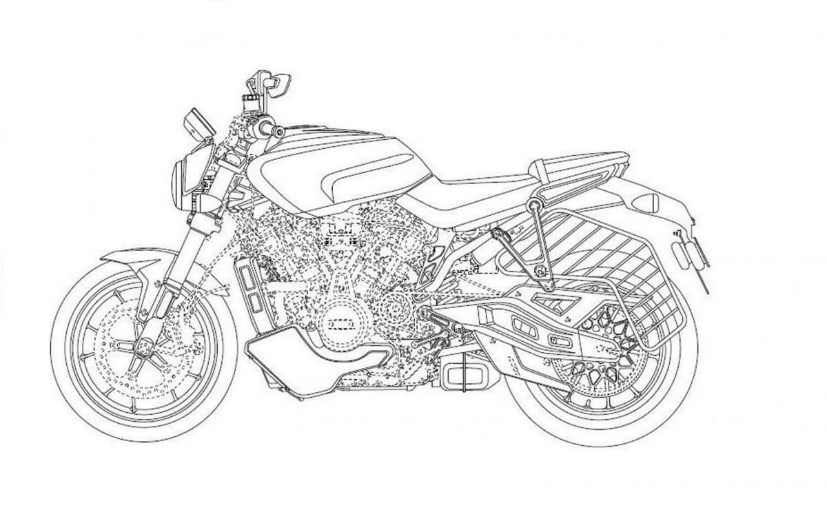 The Harley-Davidson Streetfighter will be a naked roadster

Images of all three bikes revealed in the patent filings show v-twin engines, but it's still not clear how much displacement the other two bikes will have. A naked roadster which seem to be an evolution of the Street series is also revealed, with a saree guard, and the engine displacement could be anywhere from 500 cc to 1200 cc. This could well be the Streetfighter design which was unveiled last year, and the patent images bear quite a bit of similarity to the original concept picture. This model also sports fat upside down forks, and also gets a deep belly pan under the engine. 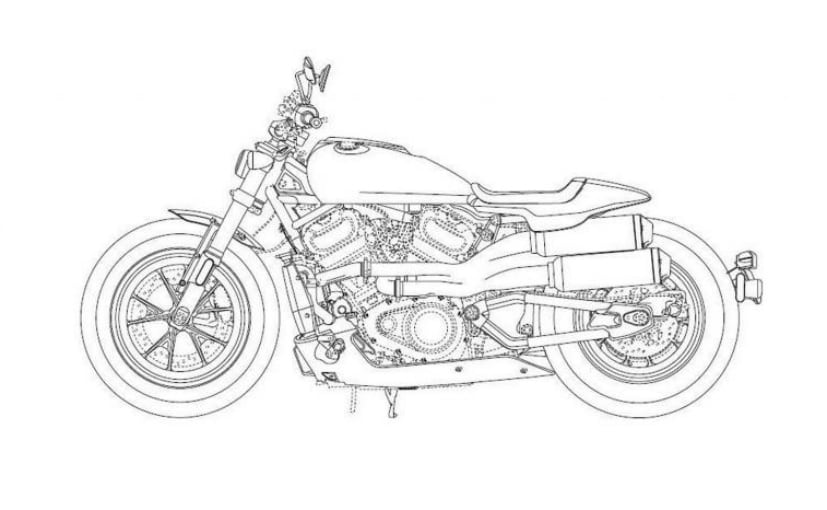 The third bike seems to be a flat-track style cruiser as revealed in the original concept pictures last year, and gets Bobber-style fat tyres and a futuristic front end, reminiscent of the Fat Bob. So far, there are no more details of the bikes, and Harley-Davidson had already announced that the new models will be introduced in 2020. One thing's for certain - India is in Harley-Davidson's radar to pick up some volumes and development of these three models is full-on underway. It's only a matter of time till we start seeing some spy shots and maybe some pre-production prototypes later this year.