Right from Tata Tiago NRG to the Honda WR-V, we list down some of the top crossover and crossover-like cars that you can buy right now in India. 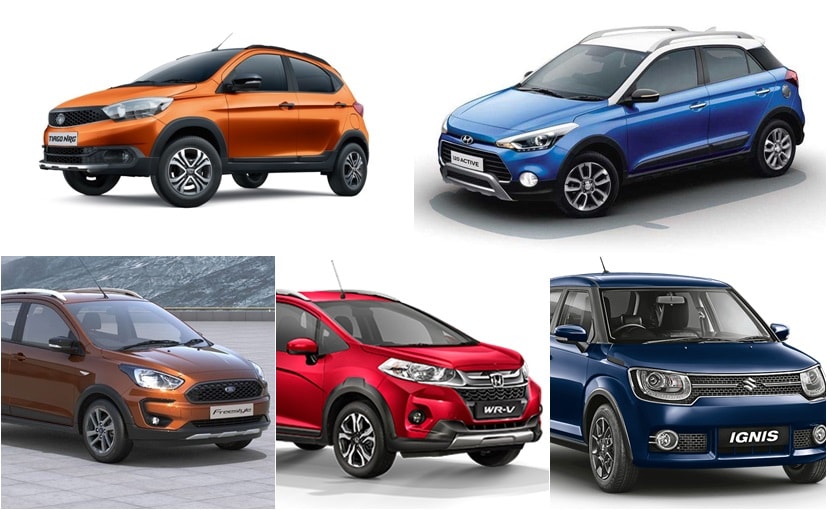 There is a renewed trend for crossover hatchbacks in the country. While some of them are proper crossovers, others are merely wearing the crossover outfit. Nonetheless, we have been seeing a growing demand in that direction, and right now a range of new models are on offer, with the most recent addition to this segment being the Tata Tiago NRG. Here we list down some of the top crossover or crossover-like cars that you can buy right now, in India.

The Tata Tiago NRG is based on the regular Tiago hatchback and is offered only in one top-spec variant, in both petrol and diesel versions. Tata Tiago NRG is longer, wider and taller than the standard version and comes with an increased the ground clearance of 180 mm. Styling includes black cladding for the bumpers, side skirts and wheel arches, black roof rails, and faux silver skid plate for the rear bumper, which adds to the car's crossover-like design. Other updates include - 14-inch, four-spoke alloy wheels, a larger roof-mounted spoiler, tweaked headlamps and taillamps, and a new silver faux skid plate attached to the rear bumper. 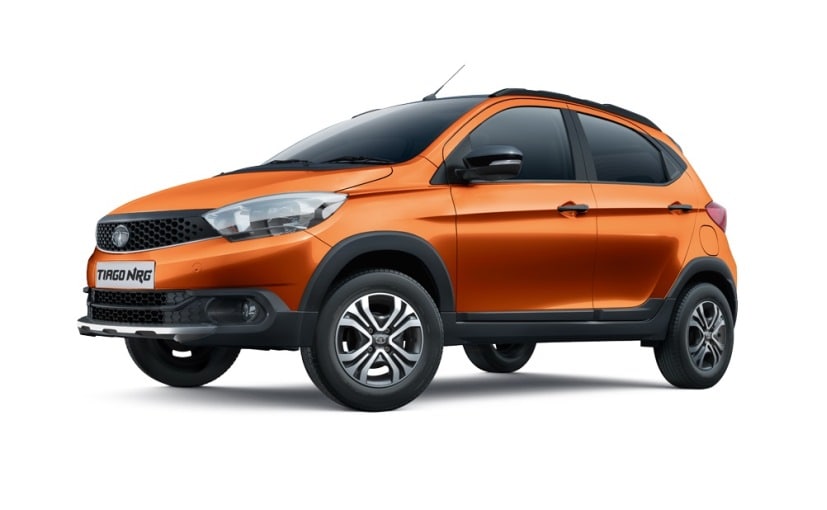 Tata Tiago NRG is based on the regular Tiago hatchback

Compared to the other models in this list, the Maruti Suzuki Ignis is the lease crossover-ish car, however, its boxy profile, cladded exterior, the tall-boy stance, 15-inch high gloss black alloy wheels, and the dual tone roof make it an impressive offering in this segment. In terms of looks, the Ignis really stands out because of its quirky look. It comes with LED projector headlamps integrated into the grille with U-shaped LED daytime running lights. However, it must be noted that the projector lights and the DRLs are available only on the top-of-the-line Alpha trim. For safety, Maruti Suzuki Ignis gets Suzuki TECT body, ABS with EBD, ISOFIX child seat anchorages, dual front airbags, and seatbelt pre-tensioners as standard equipment. 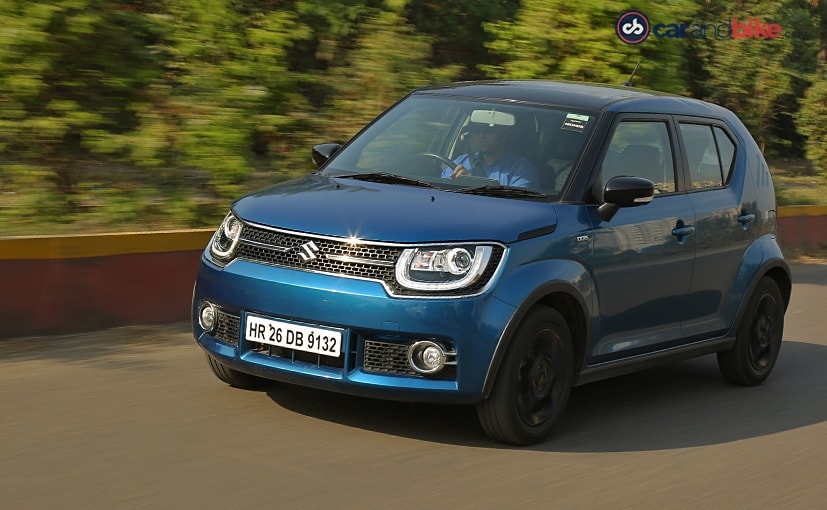 With the diesel Ignis being discontinued earlier this year due to low demand, the car is now available with only the 1.2-litre petrol engine that makes 83 bhp and 113 Nm of peak torque. The motor comes paired with a 5-speed manual or a 5-speed AMT gearbox.

The newest member of Ford India's line-up, the all-new Freestyle is the first crossover car from the company and is based on the Figo hatchback. The car also has good road presence and is equipped with smart features like a dash-top touchscreen infotainment system with Apple CarPlay and Android Auto and the company's SYNC3 connectivity system on offer. The Ford Freestyle also gets reverse parking system, dual airbags and ABS as standard. 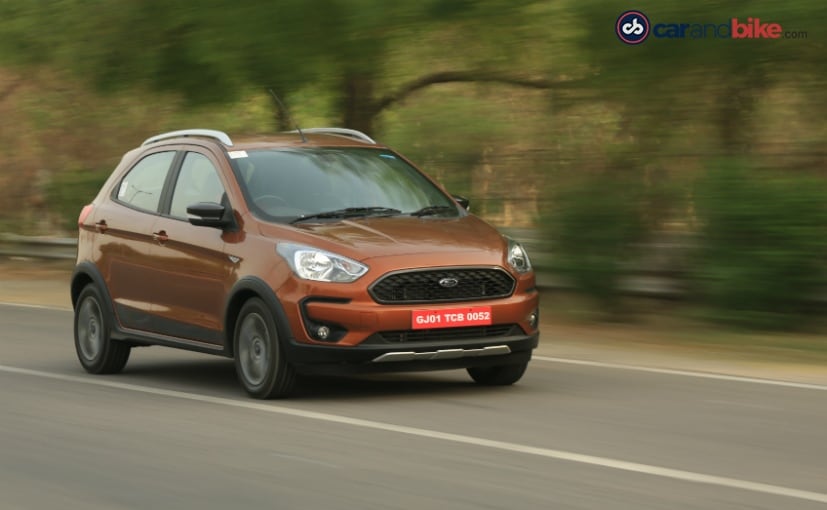 (The Freestyle diesel has a claimed fuel efficiency of 24.4 kmpl)

The Hyundai i20 Active is the oldest crossover hatchback in this list and the only one to still command a certain amount of demand compared to the less popular peers like the Volkswagen Cross Polo or the Fiat Avventura. Hyundai recently launched the updated 2018 version of the i20 Active with restyled exterior, new blue and white dual tone exterior paint, updated grille, bumpers and LED DRLs that give the i20 Active a unique look. 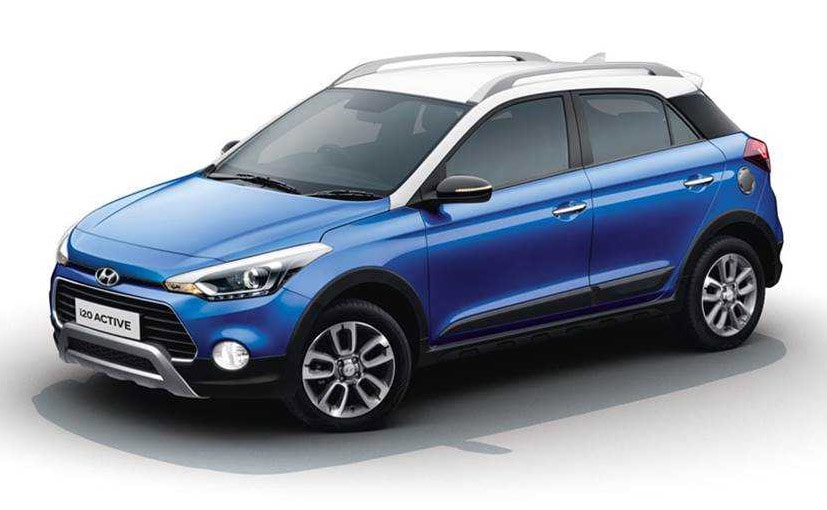 The Hyundai i20 Active received a facelift only early this year

The cabin has been updated with a new grayscale-themed infotainment system, a dash of blue on the side AC vents, seats and gear knob, which changes according to the colour of the car, while the upholstery remains similar to the one on the i20. The engines of the i20 Active remain the same and that means there's a 1.2-litre Kappa engine which is good enough for 82 bhp while the 1.4-litre U2 diesel motor offers 89 bhp.

Right now the top-selling model in the Japanese automaker's Indian line-up, the Honda WR-V is the most expensive offering in this list. Based on the Jazz's platform, the WR-V offers decent performance, a spacious cabin with all the necessary creature comforts and a lot more than we have spoken about in our review. On the features front, the Honda WR-V comes with - a 7-inch touchscreen infotainment system with optional Wi-Fi for internet support, cruise control, engine start-stop button, and a multifunctional steering wheel along with a segment-first electric sunroof. 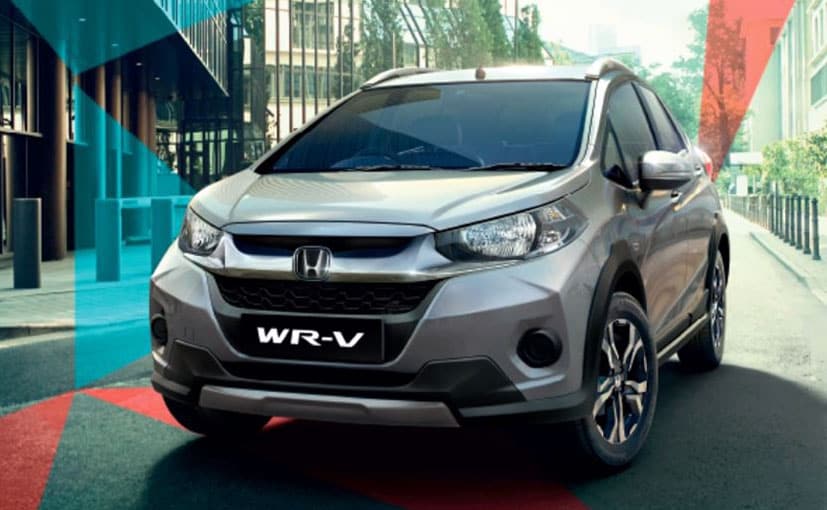 The Honda WR-V comes powered by the company's tried and tested 1.2-litre i-VTEC petrol and a 1.5-litre i-DTEC diesel engine. The petrol motor makes 89 bhp and 110 Nm of torque, while the oil burner develops 99 bhp and 200Nm of torque. The petrol trim also returns a decent mileage of 17.5 kmpl, while the diesel offers a best-in-class 25.5 kmpl.