Volkswagen de Mexico will soon shift resources to produce a North American market-focused compact SUV that fits in the manufacturer's lineup below the Tiguan. 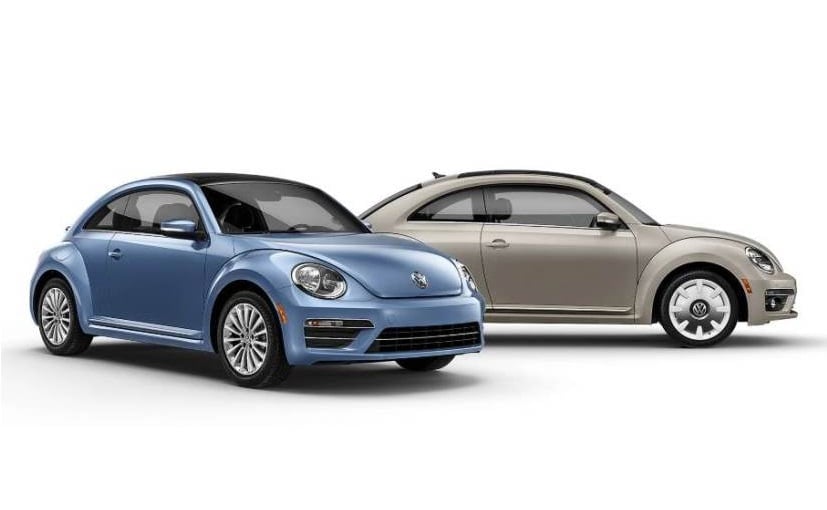 After its multi-generational run as a brand mainstay and global automotive phenomenon, the Volkswagen Beetle is ending production. The final car rolled of the production line at the company's facility in Mexico. Draped in Denim Blue, the final Beetle will not go up for sale, rather, will be on display at Volkswagen's local museum in Puebla as a lasting tribute to the automobile's rich heritage. Volkswagen de Mexico will soon shift resources to produce a North American market-focused compact SUV that fits in the manufacturer's lineup below the Tiguan.

Also Read: Volkswagen India Rolls Out Its 1 Millionth Car Out Of Its Pune Facility

Introduced to America as the Type 1, Volkswagen sold nearly five million Beetles in the United States, and a worldwide total of 21.5 million cars. In 1998, the New Beetle-an early automotive adopter of "modern retro" design language-re-introduced the familiar silhouette to a new generation of drivers, and sold more than 1.2 million cars between 1998 and 2010. In 2011, the third, and current generation of Beetle went on sale in the U.S. as a 2012 model, and more than 500,000 have been built since.

Sold in both coupe and convertible variants, the second- and third-generation of Beetles have collectively been produced in 23 different exterior colours, 32 interior trims, 13 varying engine configurations and 19 special editions, including the Dune, Denim, Coast and Pink Beetle. All second- and third-generation Beetles have been built by Volkswagen de Mexico, Puebla, and have been sold in 91 markets worldwide.

The end of Beetle production will allow Puebla's resources to shift production to a new compact SUV tailored to the North American market, slotting into the lineup below the Tiguan.