On a remote taxiway at Melbourne Airport, a Tesla Model X P100D came face to face against the newest star of the Qantas fleet, a Boeing 787-9 Dreamliner. 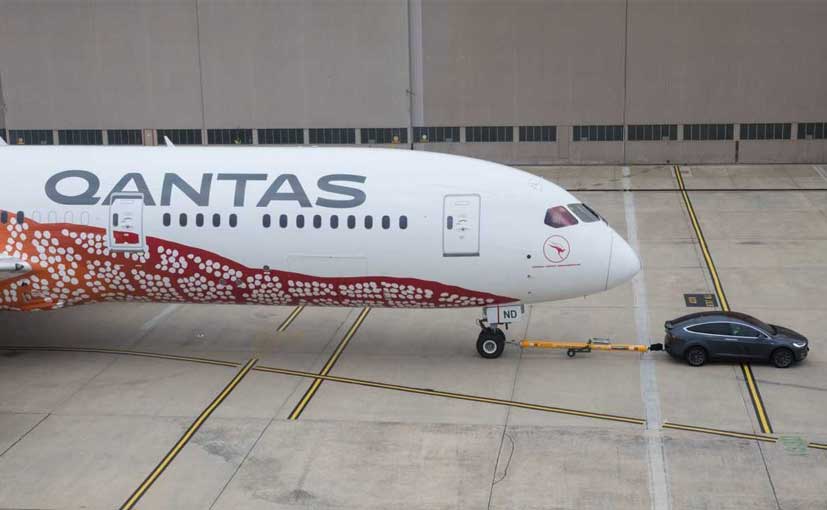 Yes, it's true what the headline says and if you still can't believe it, read on. In the spotlight really is the Tesla Model X which deserves a standing ovation. Never has a passenger airliner been hitched to an electric passenger vehicle for towing. Well, until Tesla managed to. On a remote taxiway at Melbourne Airport, a Tesla Model X P100D came face to face against the newest star of the Qantas fleet, a Boeing 787-9 Dreamliner.

In a world first, the all-electric SUV successfully towed the Dreamliner as part of a Guinness World Record attempt, as the heaviest tow by an electric production passenger vehicle. The Model X P100D's electric motor churns out 773 bhp and there's a massive 967 Nm of torque on offer, all of which came into play when the Qantas aircraft was being pulled. 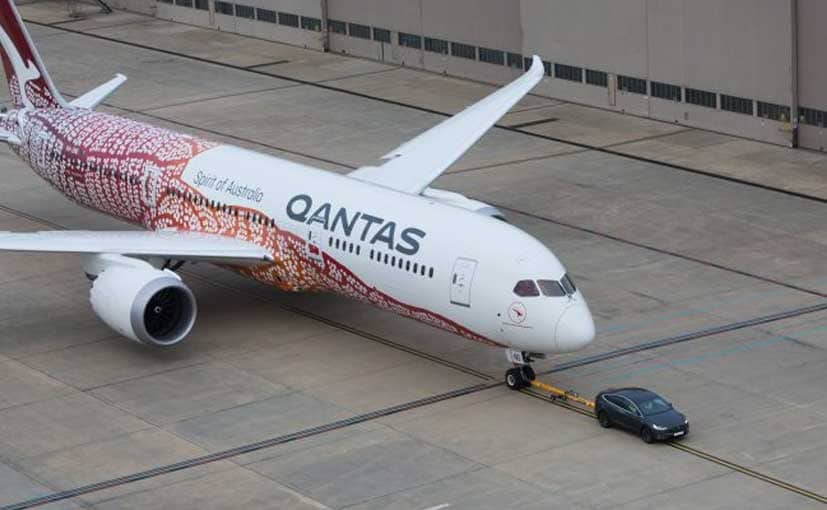 While the Model X can accommodate up to seven passengers, far less than the 236 people on a Qantas Dreamliner, the Tesla punched above its weight towing the 130 tonne 787 well above its on road tow rated capacity of 2.5 tonnes. Its dual electric motors generated a huge amount of torque (967 Nm), which helped it tow the Dreamliner to almost 300 metres. It's not the first time that we've used an electric vehicle has been used to tow a Qantas aircraft as the company has been using electric aircraft tugs at Sydney and Canberra and they're being used to reduce greenhouse emissions. But the Tesla was the first electric passenger car to achieve this feat.

Now, Qantas did the stunt to promote their collaboration with Tesla and their rewards for Tesla owners, but it can't be denied that the Model X is a very capable car and kudos to Tesla here because it's made something that stands apart from the crowd.