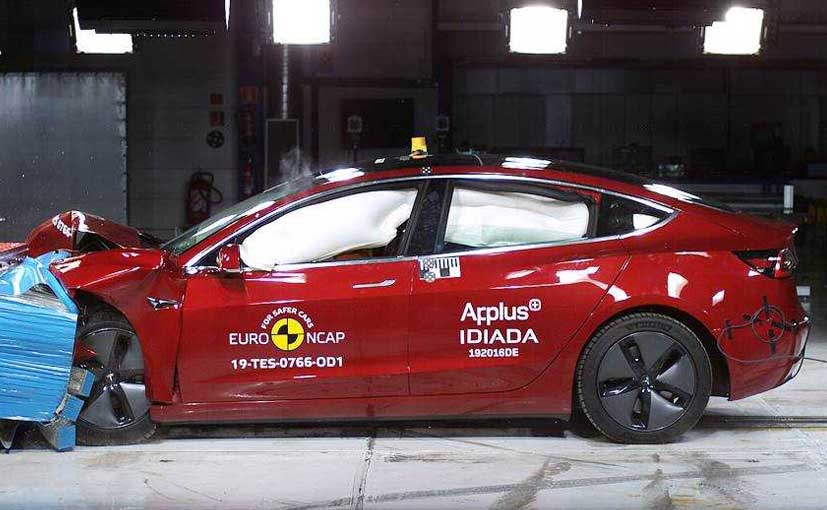 American electric automaker Tesla's most affordable offering, the Model 3 has been awarded five stars in the latest round of the Euro New Car Assessment Programme (NCAP) crash tests. The electric vehicle scored a good 96 per cent in adult occupant protection and 86 per cent for child occupant protection. The Tesla Model 3 also scored 94 per cent for its range of safety assist systems, which is the highest safety assist score awarded to any new vehicle in 2018-19 protocols by the Euro NCAP.

Speaking about the Tesla Model 3 crash test results, Matthew Avery, Director of Research at Thatcham Research said, “The Tesla Model 3 achieved one of the highest Safety Assist scores we have seen to date. Its Collision Avoidance Assist system is first class. Tesla has done a great job of playing the structural benefits of an electric vehicle to its advantage."

The Tesla Model 3 was awarded a perfect score in the frontal offset deformable barrier crash test. The result was due to the electric vehicle's skateboard chassis that makes for a low centre of gravity, while the absence of an internal combustion engine ensures that the motor does not penetrate the passenger compartment in the event of an accident. Furthermore, the car also scored 74 per cent for its handling of vulnerable road users.

With respect to the adult occupant protection, the Euro NCAP reported in its findings, "Dummy readings indicated good protection of the knees and femurs of both the driver and passenger dummy. Tesla showed that a similar level of protection would be provided to occupants of different sizes and to those sitting in different positions. Protection of both dummies was rated as good for all critical body areas and the Tesla 3 scored maximum points in the offset deformable test." 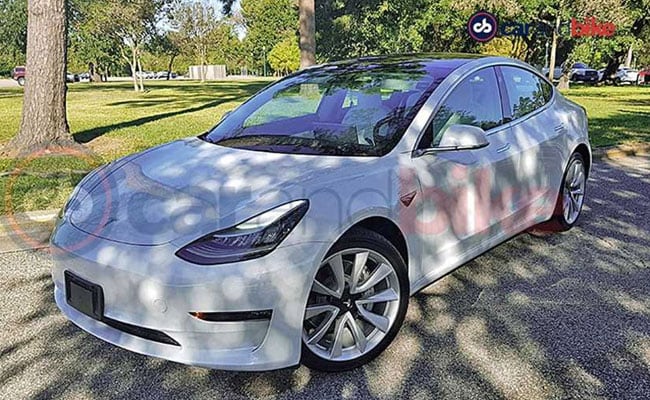 Concluding on vulnerable road users or pedestrian protection, Euro NCAP stated that the Tesla Model 3 offered adequate protection over the large areas but also found poor protection on the base of the windscreen and on the stiff windscreen pillars. However, the protection to the pedestrian's legs and pelvis was deemed as good. The Model 3 comes with the Autonomous Emergency Braking that further helps in offering better protection against pedestrians and cyclists, scoring full points for the latter. The Model 3 is loaded with electronic assistance systems including speed assistance, lane keeping assist, seatbelt reminder for the front and the rear seats; collision avoidance assist, and a whole lot more.

Apart from the Tesla Model 3, the latest round of crash tests also saw the Skoda Scala, new generation Mercedes-Benz B-Class and the GLE SUV secure a five star rating. The Kia Ceed and the DS 3 Crossback secured four stars respectively on the standard versions, and received a five star rating with the optional safety packs.