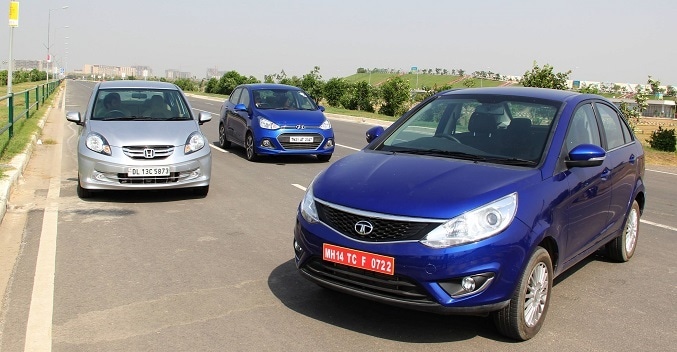 The response the Tata Zest has received ever since its launch must have overwhelmed the folks at Tata Motors, for it has most certainly surprised us. Wait, I will explain. The Zest outsold Honda Amaze in October 2014, and it didn't stop there; the Zest has outsold Amaze for the second month in a row. Interestingly, the margin this time is slightly bigger than the previous month. While in October, 2014 the Zest sold only 42 units more than the Amaze, in November the former sold 525 units more than the latter.

The other significant milestone for the Zest is the fact that the difference between Hyundai Xcent - currently the second best-selling car in the sub-compact sedan segment - and Tata Zest has narrowed down to just 64 units in November, 2014.

When the Zest outnumbered the Amaze in October, 2014, many argued that it was primarily because of Honda's production issues, but the same issue plagues Tata too. The home-grown automaker has also been facing issues in delivering the AMT-equipped models of the Zest since it sources these transmission units from Magneti Marelli, which is currently short on the supply of these gearboxes. The same company also produces AMTs for Maruti Suzuki India, and the Indo-Japanese carmaker too is struggling to meet the demand for the AMT-equipped Celerio. These two might have been facing production issues, but Hyundai isn't and yet, the Korean carmaker managed to sell a mere 64 units more than the Zest in November. Like it or not, the demand for Tata Zest is growing every month.