Tata Tigor EV With Extended Range Could Be Launched Next Week

Tata Motors has confirmed that it will launch the Tigor EV with extended range next week and it could be available for private buyers as well. There are no details available on pricing as yet. 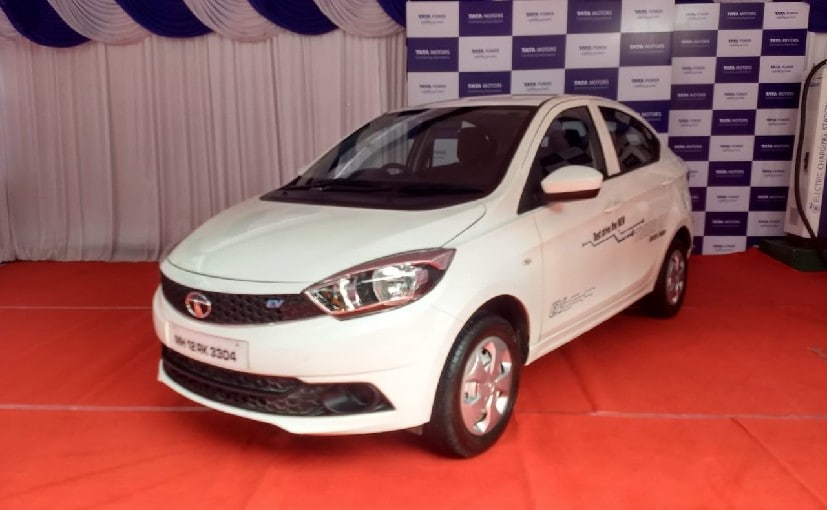 Tata Motors has confirmed that it will launch the Tigor EV with extended range next week. Currently, the Tigor EV uses a 16.2 kWh battery which has a range of 142 km and the model with the range extender will probably have a range of 200 km on single charge. We had reported earlier that Tata is considering selling the Tigor EV to private buyers as well. Tata believes that this will be a more relevant model for private buyers along with fleet operators. There is a possibility of Tata introducing new variants of the Tigor EV with extended range as well.

Currently the Tigor EV gets a 72 volt, AC induction motor that pumps out about 40.23 bhp and 105 Nm and the battery will be charged from naught to full in about six hours. In case you have a DC 15 kW fast charger, the battery can get charged up to 80 per cent in about 90 minutes. The current model has restricted top speed of 80 kmph as the car is meant only for commercial usage.

Tata Motors offers three variants of the Tigor EV which are XE, XM, XT and the prices start from ₹ 11.58 lakh and go up to ₹ 11.92 lakh (ex-showroom, Mumbai). The fun fact is that the prices are inclusive of all the benefits along with reduction in GST rates for EVs as well. Although, if you add the FAME II subsidies, the price of Tigor EV's base model comes down to ₹ 9.96 lakh and the XT variant is priced at ₹ 10.30 lakh (ex-showroom, Mumbai).