The Tata Tiago NRG is expected to be offered only in the top-end variant of the car, so it's likely to launched around Rs. 5.7 lakh for the petrol trim, and Rs. 6.5 lakh for the diesel variant. 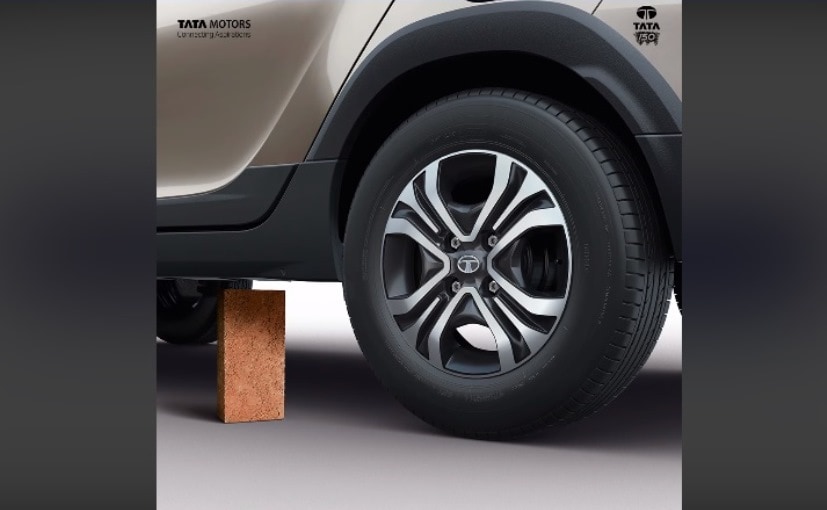 View Photos
Tata Tiago NRG could command premium of about Rs. 50,000 over the asking price of regular Tiago

The new Tata Tiago NRG is all set to be launched in India tomorrow, on September 12, and it will be the first cross-hatch model from the home-grown automaker. Based on the regular Tiago hatchback, the crossover version of the car has been dubbed as an Urban Toughroader and comes with a bolder design, along with a bunch of crossover-inspired styling bits, and increased ground clearance. Although Tata Motors has tight-lipped about the Tiago NRG, images and technical specifications of the car have already leaked online and the only thing that we essentially need to know right now is the pricing.

Why just ogle at exotic travel destinations on a screen and imagine you were there? All you need is the eNeRGy to be there. Get ready to find that same NRG to explore and do more by staying tuned! #ComingSoon #NRGToDoMore pic.twitter.com/kmVFSI5ASK

The Tata Tiago NRG will essentially be the direct rival to Maruti Suzuki Celerio X, and like the latter, the NRG is also expected to be offered only in the top-end variant, which in this case would be the XZ trim. In fact, the Tiago NRG will be offered in both petrol and diesel versions, with a manual gearbox as standard, and we expect both the variant to command a premium of about ₹ 50,000 over the asking price of the regular Tiago XZ trim. Considering the top-end Tiago ZX manual trim is priced at ₹ 5.21 lakh for the petrol model and ₹ 6.04 lakh for the diesel (both ex-showroom, Delhi), the Tiago NRG should be launched at ₹ 5.7 lakh for the petrol trim, and ₹ 6.5 lakh for the diesel variant (ex-showroom).

The Tata Tiago NRG is longer, wider and taller than the standard version at 3793 mm, 1,665 mm and 1,587 mm respectively. The wheelbase, on the other hand, remains unchanged at 2,400 mm, but Tata has increased the ground clearance of the Tiago NRG to 180 mm. On the features front, the car will come with new 14-inch, four-spoke alloy wheels, a larger roof-mounted spoiler, tweaked headlamps and taillamps, and a new silver faux skid plate attached to the rear bumper. The cabin, on the other hand, gets orange and silver highlights and features a 5-inch touchscreen infotainment system with navigation, and an 8-speaker Harman audio system.

Under the hood, the Tata Tiago NRG will get the same 1.2-litre petrol and 1.05-litre diesel engines, which power the regular Tiago. The former makes about 84 bhp and 114 Nm of peak torque, while the oil burner offers 69 bhp and develops 140 Nm of peak torque. Transmission duties are handled by a 5-speed manual gearbox as standard.