The upcoming Tata Altroz will be offered in five variants across petrol and diesel engine options. Here's what each of the variants have to offer. 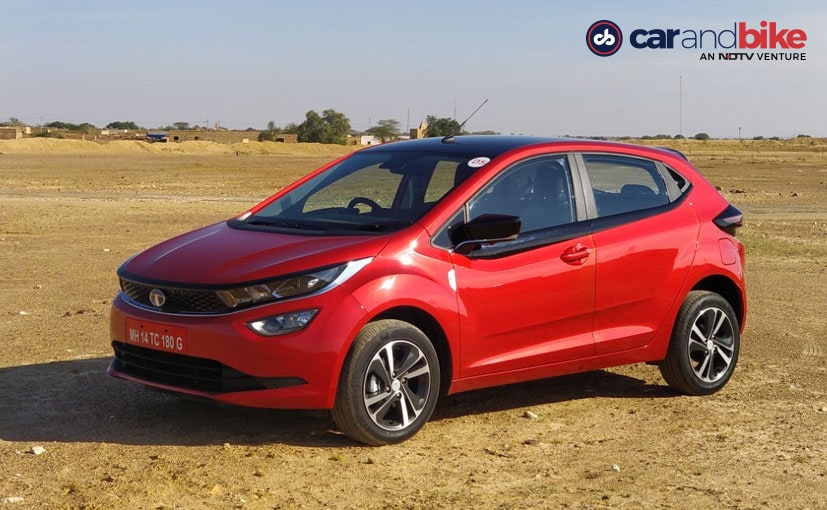 View Photos
The Tata Altroz will be sold in India in five variants.

The Tata Altroz was finally revealed earlier this week and we have already told you about the engines, features and dimensions that the upcoming premium hatchback will offer. The all-new model is scheduled to go on sale by January 2020 and will take on the Hyundai i20, Honda Jazz and the Maruti Suzuki Baleno. The car will be sold in both petrol and diesel powertrain options with five variants on offer. With bookings open for the new Tata Altroz for a token amount of ₹ 21,000, here's a look at what each of the variants have to offer.

The Tata Altroz XE trim will be the base version on the premium hatchback that will come with the basics including double, barrel headlamps, steel wheels with hub caps, chrome finishing on the dashboard, 4-inch LCD instrument console and a standard steering wheel. It is loaded on the safety front and comes with dual front airbags as standard, along with ABS with EBD, rear parking sensors, high speed limiter and more. The car also comes with Eco and Drive mode as standard. It misses out on a tonne of other equipment that is being offered on the higher trims.

Also Read: Tata Altroz To Be Offered With Customisation Packages From The Factory

Moving, the Tata Altroz XM variant is loaded with the essentials including a 3.5-inch infotainment unit, all-four power windows, driver side mood lighting,. Bluetooth and AUX connectivity with two speakers. You also get auto-fold ORVMs. On the exterior front, there are wheel covers, body coloured bumpers, ORVMs and door handles as part of the package.

The mid-spec Tata Altroz XT variant has been kitted well and it could just be the one most buyers remain curious about. It comes with the 7-inch touchscreen infotainment system with Apple CarPlay and Android Auto, six-speaker Harman audio system, push-button start-stop, keyless entry, cruise control, rear parking sensors with reverse camera, LED DRLs, follow me home headlamps, cooled glovebox and more.

The Tata Altroz XZ is just a little shy of being the range-topping model on the hatchback and is loaded to the gills on the feature front. This includes the new dual-tone alloy wheels, projector headlamps with LED DRLs, LED fog lamps, auto climate control, auto headlamps and rain sensing wipers, multi-function steering wheel, one-touch auto down window (driver's side), front and rear armrests, rear AC vents with a 12 volt socket, and leather-wrapped steering wheel and gear knob. The model also comes with customisable lighting for the infotainment system and console, ambient lighting, fabric upholstered seats, umbrella holder, 24 storage spaces and a lot more.

Lastly, the top-of-the-line XZ (O) trim adds a contrast finished blacked out roof on the Altroz that can be had any of the five colour options.

We have driven the Tata Altroz and our review of the upcoming car will be live at 9 am tomorrow, December 9, 2019. Make sure to check it out!