The leaked images showcase the first proper glimpse of the Royal Enfield 350 and 500 Trials scrambler-styled motorcycles that are expected to go on sale around early 2019. 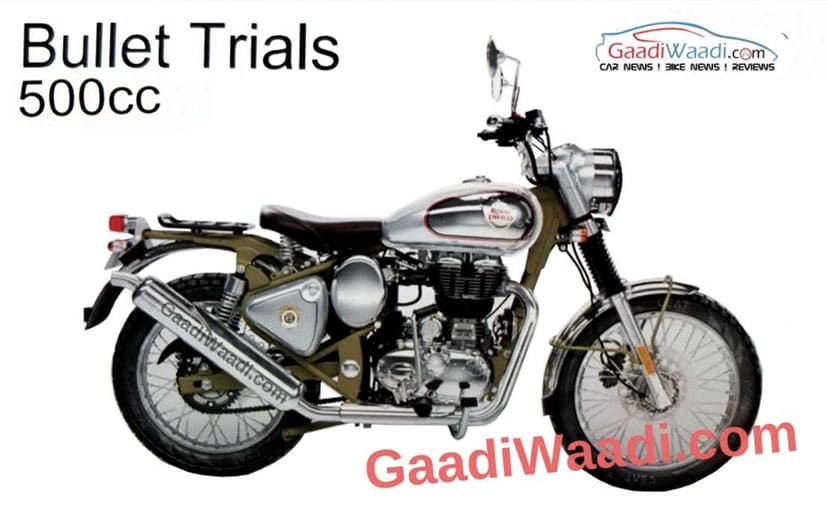 Rumours have been rife about Royal Enfield bringing a Scrambler-styled motorcycle next year to the Indian market and while it was expected to be a new 650 cc offering, the latest set of leaked images say otherwise. According to the latest images emerged online, Royal Enfield is working on the Scrambler version of the Bullet 350 and Bullet 500 that is likely to go on sale in the first half of 2019. To be badged as the Royal Enfield Bullet Trials 350 and 500, the bikes look identical to the ones we've spotted testing in the past and will come with an upswept exhaust, knobby tyres, single seat, among other changes.

Also Read: Is A Royal Enfield Scrambler In The Making? 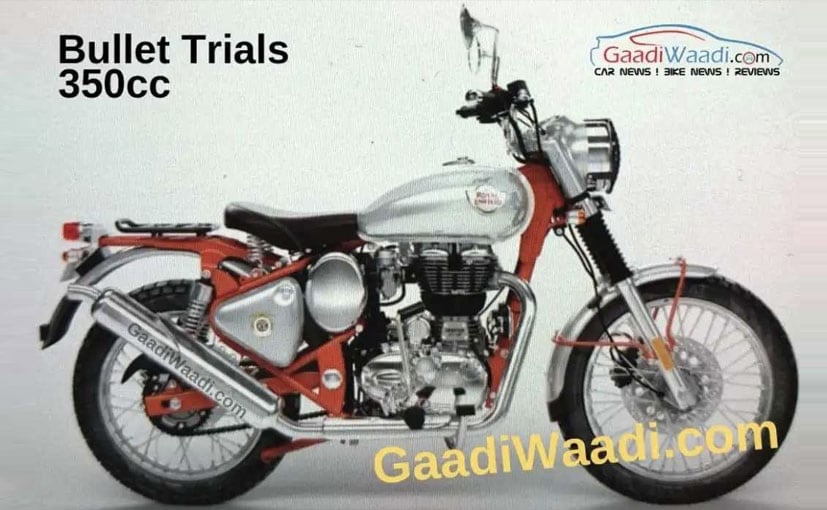 With the popularity of scramblers globally, it should not come as a surprise that Royal Enfield is looking to tap into the potential. The Trials edition has been on sale internationally for years now first introduced as an Electra 500 based offering in the UK, while there have been customisable kits for the standard models as well  The leaked images reveal most noticeably the upswept exhaust with the raised mudguard and a luggage rack in place of the pillion seat. The fenders are shorter too over the standard version.

The ground clearance appears to be similar to the stock model, while the suspension too appears to remain the same with no changes in the travel. We'll have to wait though for RE to officially announce if there have been any changes made to the suspension. The frame though is finished in red on the Bullet 350 Trials, while the Bullet 500 Trials gets a green finished chassis that remains largely visible. Also visible are the fork gaiters for the front suspension and a black bezel for the headlamp. 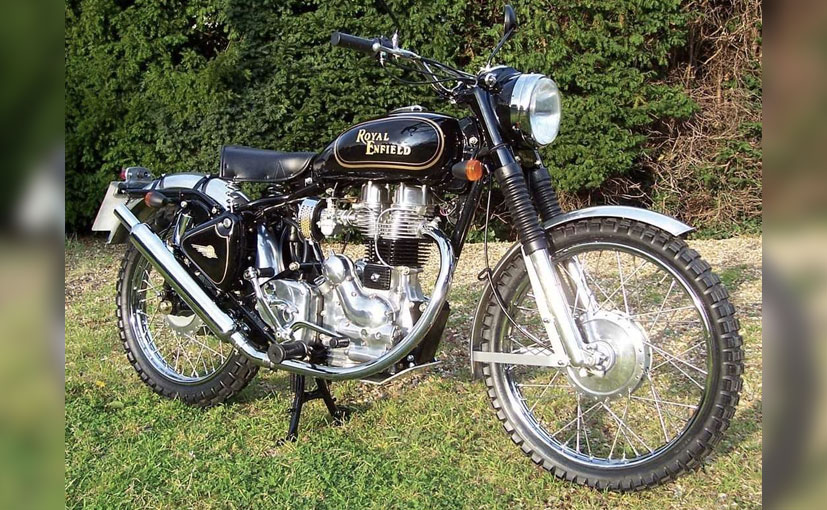 Interestingly, the Royal Enfield Bullet 350 Trials gets an Interceptor 650 inspired fuel tank with the classic RE logo that certainly looks good, while the Bullet 500 Trials comes with a copy finished fuel tank in comparison. Mechanically, expect both bikes to continue using the 346 cc and 499 cc single-cylinder engines respectively, while also getting ABS as standard right from the launch. 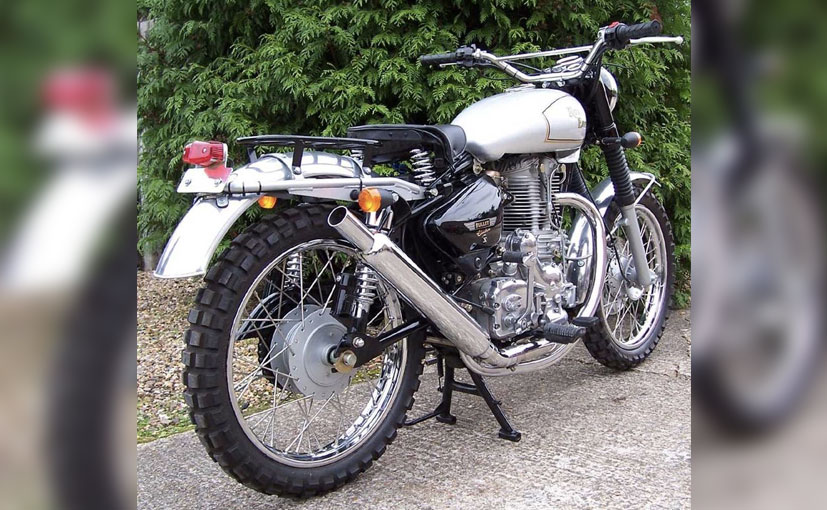 The Royal Enfield Electra 500 based Trials bike sold in the UK in 2009 | Photo Credit: Haywards

The scrambler-styled Royal Enfield Trials bikes were originally sold back in the late forties and fifties, and the 350 trials bike also won a number of championships. So do expect the bike maker to dive into its history and tell us an interesting story around the Trials bikes. Prices will be at a premium over the standard versions, but it needs to be seen if production will be limited like some of RE's previous special edition motorcycles. We expect to hear from the manufacturer soon about the Trials edition, which will remain unique to the segment.

Bajaj Avenger Street 160
₹ 91,182 *
View More
Subscribe to Our Newsletter
Over 1.5+ Lakhs subscribers
Thank you for Subscribing to Us