The French carmaker is keen on pick-up trucks. After launching the Duster Oroch half-tonne pick-up truck, it has now taken the wraps off the Alaskan, its first ever full-tonne pick-up truck. Obviously, the name is inspired by Alaska, one of the most picturesque and dangerous regions in the world. The Alaskan has been designed and developed in France, Japan and Latin America. Customers can customise their trucks to be either a single-cab or a double-cab, with wide or narrow bodies and so on. Renault says it can also look at some special tailor-made customisations.

The Alaskan looks every bit imposing with its big chrome grille and a muscular bumper to go along with. The sharp headlamp clusters with C-shaped LED lamps make the pick-up look really good, not to mention the chrome surrounds for the fog lamps on the bumper and the silver skidplate on the chin. The wheel arches jut out, making it look even more macho than it already is. The Alaskan can be fitted with wheels ranging from 16-inches to 18-inches. 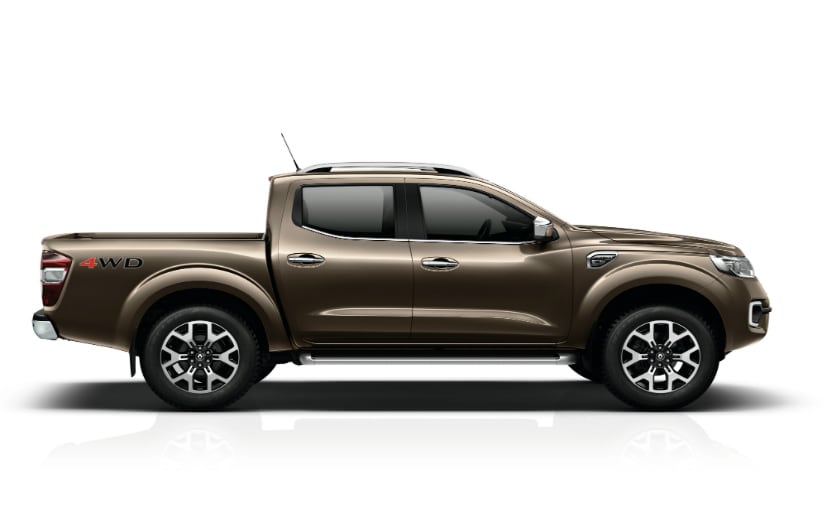 (Renault takes the wraps off its new pick-up truck, the Alaskan)

The Alaskan will be powered by a 2.3-litre twin-turbo dCi engine that will be available in different states of tune, depending on the market they are sold in. There will be a 160bhp option and a 190bhp option. A slightly bigger 2.5-litre engine might also be sold in similar state of tune as mentioned above. All the engines will be mated to either a 6-speed manual transmission unit or a 7-speed automatic unit.

Also, Renault will offer 2WD and 4WD on the Alaskan. In the 4WD drive, it will have an electronic Limited Slip Differential (eLSD), a mechanically locking rear differential and other electronic aids such as Hill Descent Control and a Hill Climb Assist as well. The standard equipment includes ABS, EBD and ESP along with Brake Assist. (Renault takes the wraps off its new pick-up truck, the Alaskan)
0 Comments

On the inside, the Alaskan will be getting a 5-inch TFT screen along with various standard equipment such as Bluetooth, USB etc. The list of equipment will differ from region to region wherever it will be sold. It will be manufactured at Renault's plants in Mexico, Spain and Argentina.