Team Aston Martin Red Bull Racing had an incredible year in Formula 1 this season and the team did go on to secure several wins and podiums across the season including the manic Brazilian GP last weekend. However, that wasn't the only highlight for the team on Sunday, the Red Bull's crew serviced Max Verstappen's car in a new world record time of 1.82s. That is 0.06s faster than the previous record of 1.88s, also set by Red Bull. Now taking its skills out of the world quite literally, the team has completed the world's first zero-gravity pit stop. 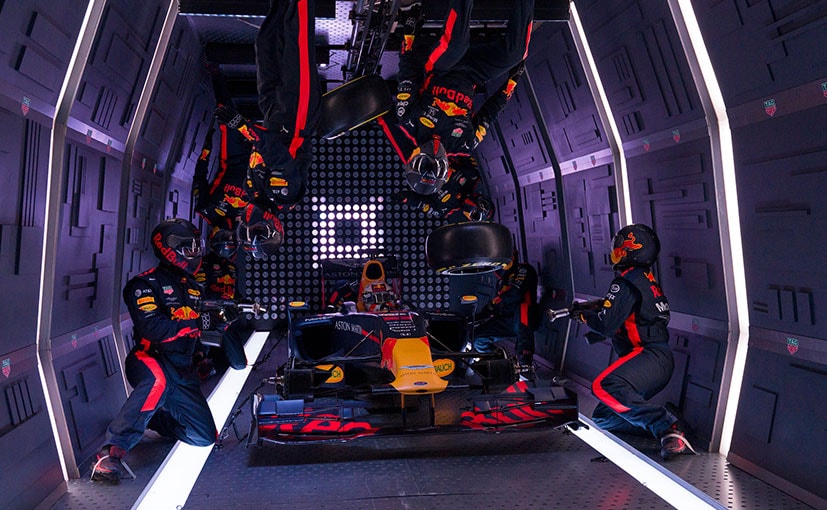 In a newly released video, a posse of Red Bull mechanics can be seen making the pit stop in zero gravity onboard an Ilyushin Il-76 MDK cosmonaut training plane at a height of 33,000 ft. The team managed to achieve the feat with the help of the Russian space agency Roscomos. The team used its first-ever F1 car, the 2005-spec Red Bull RB1, which is also narrower than the current machine. 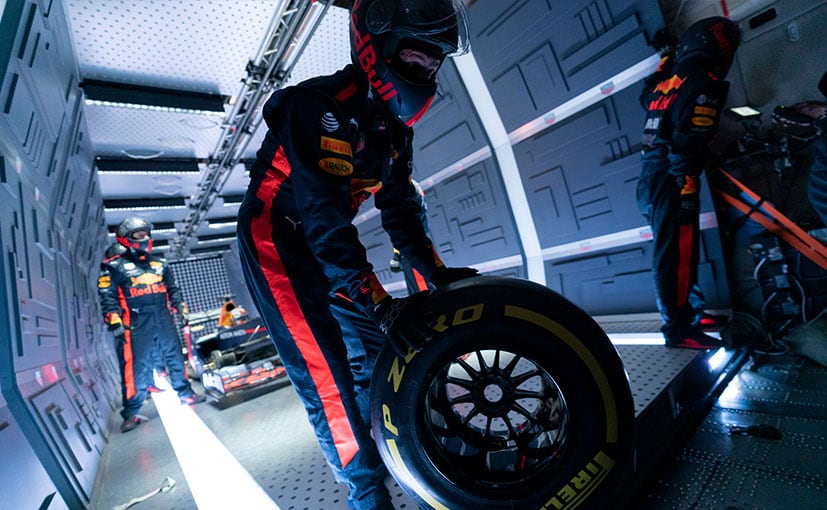 Speaking on the experience, Red Bull mechanic Paul Knight said, "The first parabola we did was really quite strange. There isn't a sensation of going up or down. Climbing at 2G, with twice your normal body weight, feels like being planted into the ground and you struggle to move. Then that sensation reverses when you go over the top and into freefall. We were all a bit like Bambi-on-ice at first - legs everywhere. But we figured out how to hold ourselves and the best way to deal with the sensations. It's an amazing experience, like nothing you'd ever imagine."

Support team chief mechanic Joe Robinson said, "It pushed us harder than I thought it would. You realise how much you rely on gravity when you don't have any! Something as straightforward as tightening a wheel nut becomes very difficult when the car is floating, and the only control you have is through the stiffness of your ankles, tucked into floor straps. It challenges you to think and operate in a different way - and that was brilliant. It was a once in a lifetime opportunity and honestly, I could have stayed and done it all month. It was amazing. I think it's the coolest, most fun thing the live demo team has ever done with a show car." 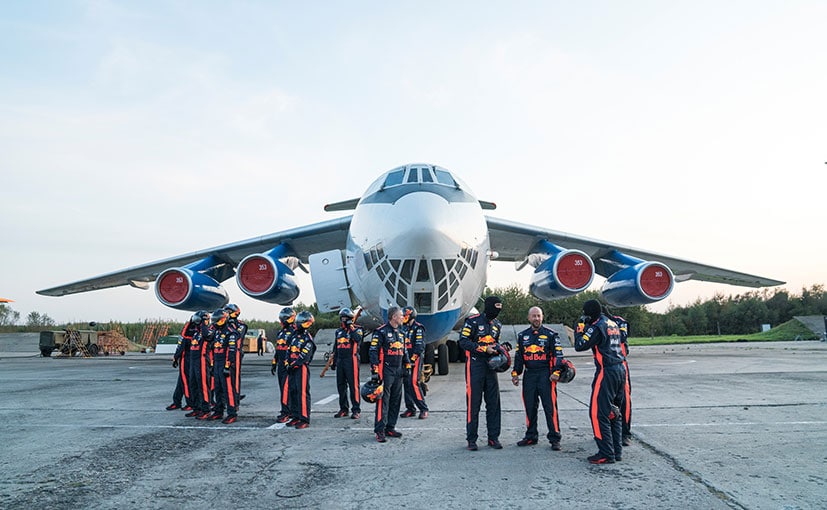 The Red Bull Racing pit crew broke its own record by 0.06s at Interlagos last weekend

The pit crew took multiple flights to complete the stunt at the Yuri Gagarin Cosmonaut Training Center in Star City. The pit change was shot in the plane's fuselage after training across a week with filming reduced to 15 seconds per take. The team filmed "the edit over the course of a week, enduring seven flights and around 80 'parabolas' - or period where the plane climbs at 45 degrees before falling again in a 'ballistic arc' at 45 degrees, which creates a period of weightlessness," according to Red Bull.

The 400 kg F1 car was carefully secured before and after every weightless period, ensuring the safety of the 16 pit crew members and the 10-strong film crew. It was also the highest an F1 car has been from the seat level so far, having scaled up the Himalayas in the past.