Production Ready Tata Harrier Leaked Ahead Of Reveal Next Month

The first leaked image of the Tata Harrier has made its way online revealing the SUV in its production ready avatar ahead of its unveil in November. 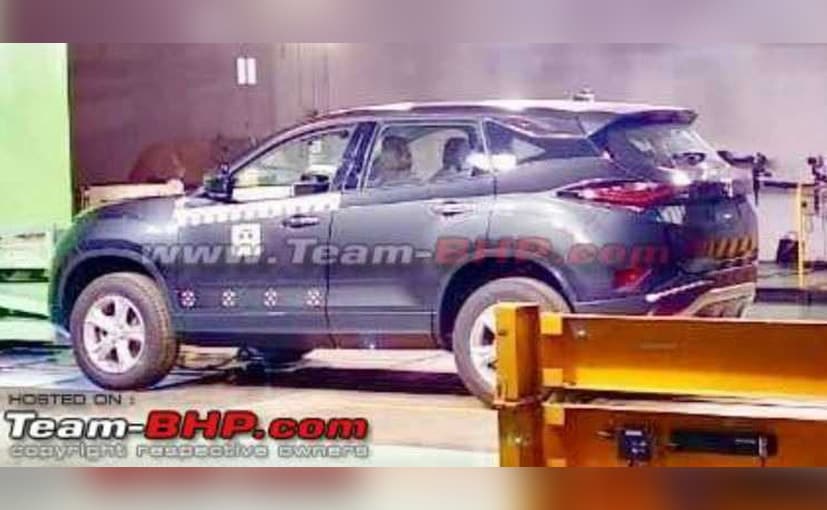 View Photos
The leaked image seems to have come from a crash test centre.

Tata Motors is going all out for its next big launch - the Harrier SUV and has already begun revealing details about the model ahead of a full reveal in November this year. However, we've now managed to catch the first glimpse of the Tata Harrier SUV in its production ready avatar thanks to a leaked image that has emerged online. The leaked image reveals the rear three-quarters of the SUV that and we do like what we see. The image comes hot on the heels of Tata Motors officially accepting bookings for the Harrier, starting today. The Tata Harrier will go on sale by early 2019.

Based on the Tata H5X Concept showcased at the Auto Expo earlier this year, the production spec Tata Harrier looks smart and certainly a lot has been retained from the concept in terms of design. Based on the Land Rover derived OMEGARC platform, influences of the Land Rover styling are evident with the accentuated wheel arches, and the sleek looking wraparound LED taillights. The raised shoulder-line makes for a sporty appearance on the Harrier, while the D-pillar gets black treatment making for a floating roof appearance. We also see a massive brushed silver finished diffuser integrated in the rear bumper and chunky 5-spoke alloy wheels. 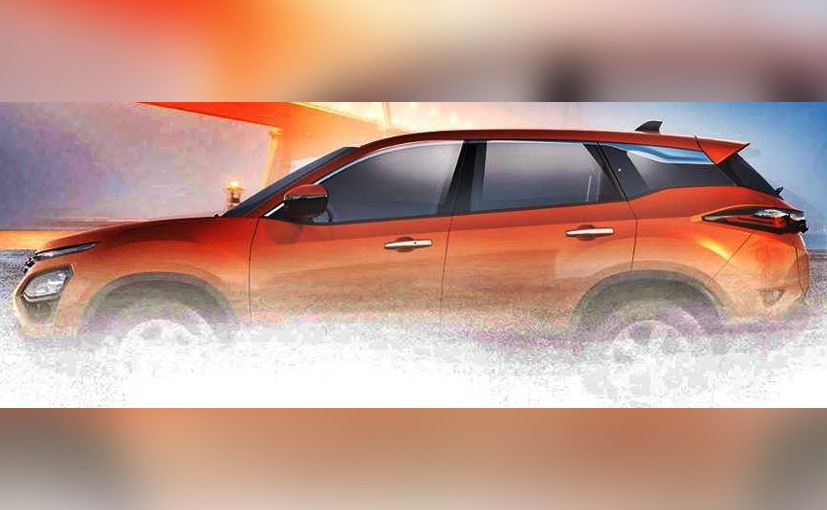 The leaked image seems to have come from a crash test centre, and we hope the results on the Tata Harrier are as impressive as that on the Tata Nexon that scored four stars in the Global NCAP ratings.

Tata Motors has revealed that the Harrier will be powered by a 2.0-litre Kyrotec diesel engine. This is the same 2.0-litre Multijet engine from Fiat that also powers the Jeep Compass SUV, which will be a direct rival to the Harrier. The motor is expected to produce around 140 bhp on the Tata SUV and will come with the option of a 6-speed manual or automatic transmission at the time of launch. The latter has been sourced from Hyundai.

The Tata Harrier emerges as a premium five-seater offering at first glance and has a lot riding for the automaker as well. The SUV will be feature packed, as most new Tata cars are, so expect to see a host of tech options including LED headlamps with DRLs,  touchscreen infotainment system, cruise control, hill start assist, hill hold function and more. It will be interesting to see if Tata Motors offers an equivalent of Land Rover's Terrain Response System on the Harrier, along with the multiple driving modes.

Also expect aggressive pricing on the Tata Harrier with prices starting around ₹ 16 lakh, going up ₹ 21-22 lakh (all prices, ex-showroom). Apart from the Compass, the Harrier will also lock horns against the Hyundai Creta, Renault Captur, as well as the upcoming Nissan Kicks.