The Porsche 718 Cayman GT4 RS is yet to complete a range of testing procedures so we dont expect it to arrive before the second-half of 2020. 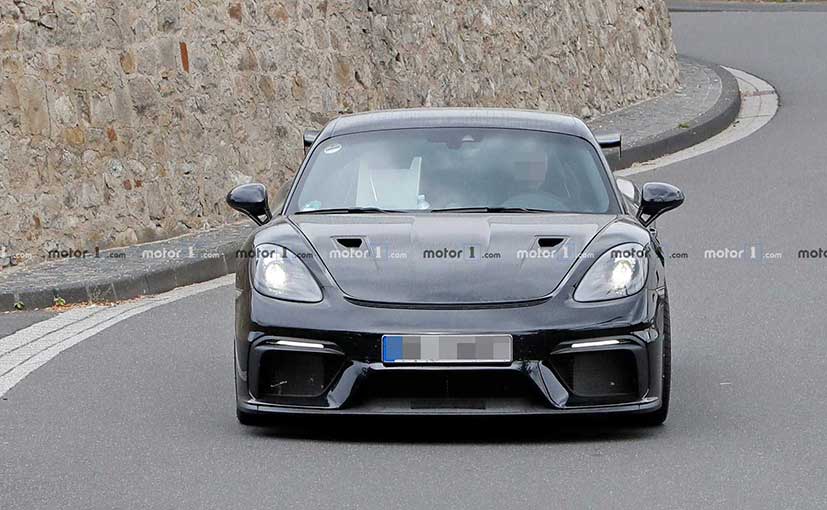 Porsche is all geared up to overhaul its entire range and next on the block is the 718 Cayman GT4 RS . A new set of spy images of the new supercar have surfaced online and going by the looks of it, the new Porsche Cayman GT4 RS looks more of a track machine rather than a fancy head turner. There are plenty of additions made to the design in a bid to make it more performance oriented, but most evident ones are on the facade. The air curtains at the side have been pushed back.

There are ducts on either sides of the hood to improve the downforce and the centre is more sculpted. The air curtains on the profile have moved a little towards the back and there are new vents on the side quarter window which probably should help cooling down the mid-mounted engine. At the rear, the Cayman gets a massive wing from the 911 GT3 which surely increases the rear downforce. Other familiar elements we've seen on current Porsche models like a wider rear track, clean tail lamps, and a massive diffuser have also made way to the new Cayman GT4 RS  . 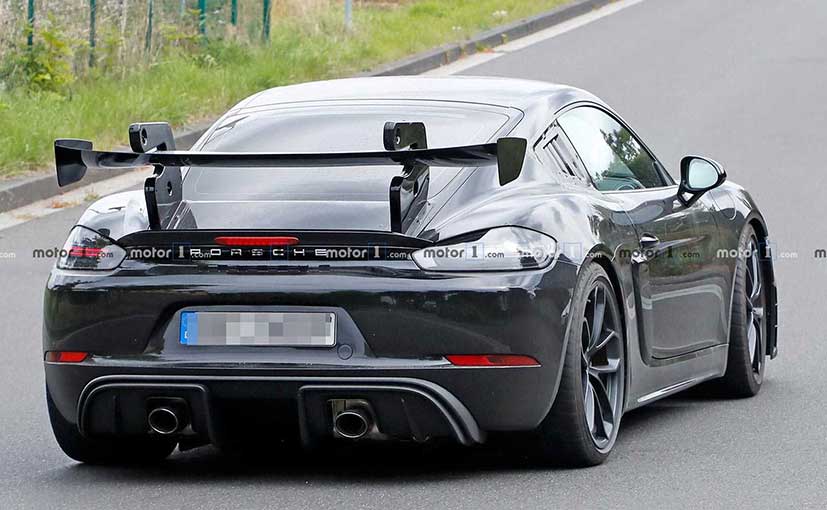 Powering the new Cayman GT4 Rs will be an updated version of the 4.0-litre flat-six cylinder GT4 RS which is a carryover from the regular GT4. The update makes this motor an even higher revving engine which can rev upwards of 8000 rpm. The new model is yet to complete a range of testing procedures so we don't expect it to arrive before the second-half of 2020.