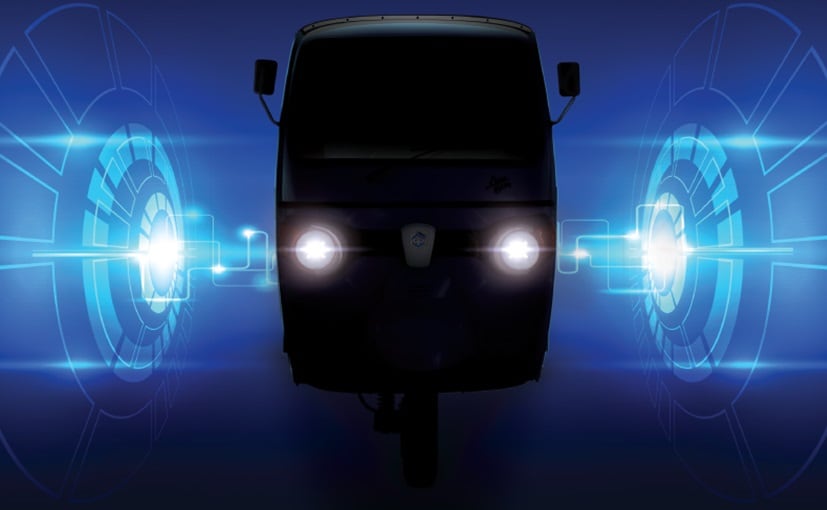 Piaggio Vehicles Pvt Ltd (PVPL) India has announced the launch of its first electric three-wheeler, the Piaggio Ape Electrik. Slated to be launched on December 18, 2019, the new electric three-wheeler will be the first electric commercial vehicle from the company in India, and the company says it will "revolutionise last-mile mobility in India". Like most existing Ape models, the upcoming Piaggio Ape Electrik is also likely to cater to both goods and passenger carrier segments and is likely to come with Lithium-Ion batteries.

Right now, the technical specifications and other details about the upcoming electric three-wheeler, Piaggio Ape Electrik are unknown. However, earlier in November, the company announced entering a strategic partnership with SUN Mobility, for its swappable battery technology. Back then, Piaggio also said that its upcoming electric vehicles will have smart swappable batteries with advanced lithium-ion technology. The new smart batteries will improve the overall efficiency of the vehicles with better pickup and increased mileage.

The company will also have a network of quick interchange stations, which will enable the electric three-wheeler drivers to swap their batteries in under 2 minutes thereby, addressing concerns around range limitations and long refuelling time.

Other details like battery capacity and the driving range of the Piaggio Ape Electrik will be revealed at the time of the launch.