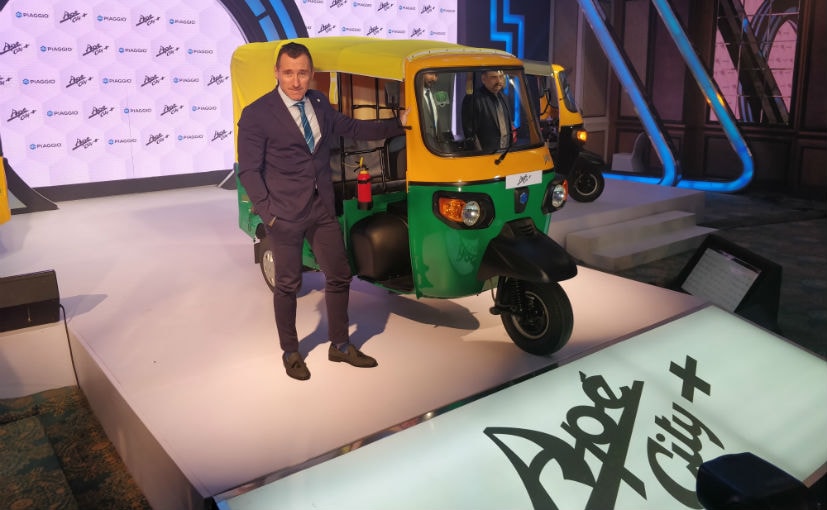 Expanding its commercial passenger vehicle fleet, Piaggio India has introduced the new Ape City+ entering the mid-body three-wheeler segment. The new Piaggio Ape City+ is priced from ₹ 1.71 lakh for the petrol version and goes up to ₹ 1.92 lakh for the CNG variant (all prices, ex-showroom Mumbai) and is intended to improve last mile connectivity in semi-urban and rural areas that the company says offers a huge opportunity for shared mobility. The new Ape City+ has been developed from ground up and developed by the brand's R&D facilities in Italy and India. The three-wheeler will be available in four fuel variants - Petrol, Diesel, LPG and CNG. The Piaggio Ape City+ promises best-in-class space, power and torque, along with stepless entry and extra luggage space. The larger proportions liberate improved legroom and headroom for the passengers, while the driver also gets a more comfortable seat. The design language is familiar from the more compact models, which is likely to make it more relatable to its target customer base. The Ape City+ gets a ground clearance of 197 mm, the highest in the segment. The wheelbase stands at 1920 mm, while the overall length measures, 2880 mm. The width is 1435 mm and the heigh is 1970 mm. The BS4 Ape City Plus sales are currently open, while the BS6 version will be ready by the end of the year

Piaggio says the new Ape City+ offers a lower cost of ownership despite the larger proportions and more powerful engine, while the fuel efficiency too is class leading. The company claims the CNG variant returns 40 km per kg, while the LPG version returns 22 kmpl. The Ape City+ diesel promises a mileage of 40 kmpl. Piaggio India will also be offering a 36 month/1 lakh kilometre warranty on the Ape City+ petrol along with eight free services for the first year. The diesel variant comes with a 42 month/1.2 lakh kilometre warranty with five free services.