Olectra-BYD Deploys 40 Electric Buses In Hyderabad; Now Has Over 100 e-Buses In India

As of now Olectra has deployed over 100 electric buses that are commercially plying on the Indian road, including the 40 units of its 12-metre eBuzz K9 electric buses in Hyderabad. 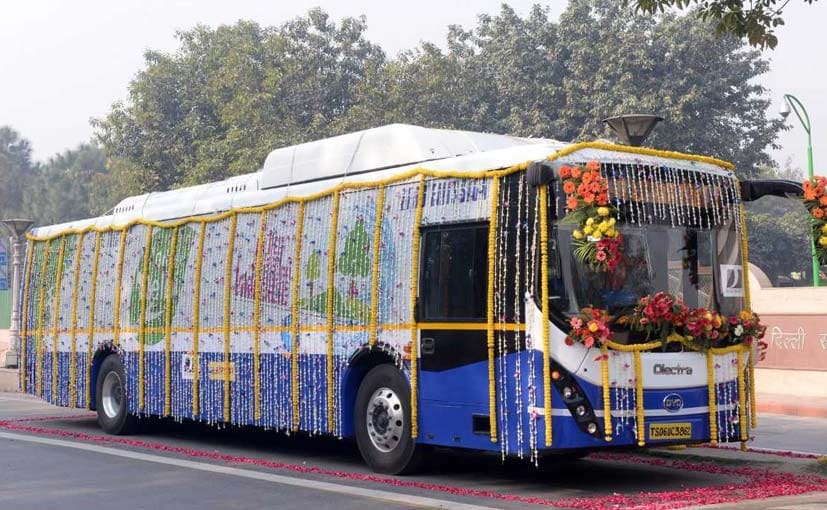 Olectra-BYD, the joint venture between Olectra Greentech and BYD Auto Industry Company, has announced deploying 40 units of its 12-metre eBuzz K9 electric buses in Hyderabad. With this, the company also became the first manufacturer to have over 100 electric buses commercially plying on the Indian roads. Olectra now has 108 electric buses across the states & cities of Himachal Pradesh, Mumbai, Pune, Kerala and now Telangana. With the addition of these 40 electric buses, TSRTC (Telangana State Road Transport Corporation) has now deployed the largest fleet of Electric Buses by any STU in the country.

The 40 electric buses will be used to ferry people to the Hyderabad International Airport from various locations in the city doing up to 10 trips just one side, and are expected to ferry around 4.7 lac passengers on monthly basis. In fact, in addition to these 40 eBuses in TSRTC, 25 Olectra eBuzz K7 (9-meter) buses had started commercial operations in Pune as well last month.

Commenting on the crossing the 100 unit mark, NK Rawal, Managing Director - Olectra said, "Olectra-BYD has been at the forefront of the sustainable mobility revolution. We continue to be committed and focused on its agenda to provide world class mobility solutions that help reduce the carbon footprint in line with the Government's efforts to address pollution levels in Indian cities. This milestone of crossing over 100 Electric Buses in the country is a tremendously significant development."

Under the recently announced FAME II scheme, for which the Government has allocated, ₹ 10,000 Crore, the Department of Heavy Industries, has sanctioned incentives for these 40 electric buses as well. In fact, with the help of the FAME scheme, the Government plans to have 7,000 Electric Buses over 3 years.

As for the Olectra eBuzz K9 12-metre electric buses, these are low-floored, air-conditioned buses built on a monocoque chassis, that comes with a capacity of 39+1 (Driver) seats. The buses also come with a kneeling mechanism for the convenience to specially-abled and senior citizens. Supported by fast charging technology, the buses come with an LFP battery that enables it to travel 250+ km on a single charge in normal traffic conditions, with full capacity passengers and an AC.