Okinawa i-Praise Receives 450 Bookings Ahead Of Launch This Month

The Okinawa i-Praise has garnered 450 bookings in just 15 days out of the total 500 units allotted in the first batch. 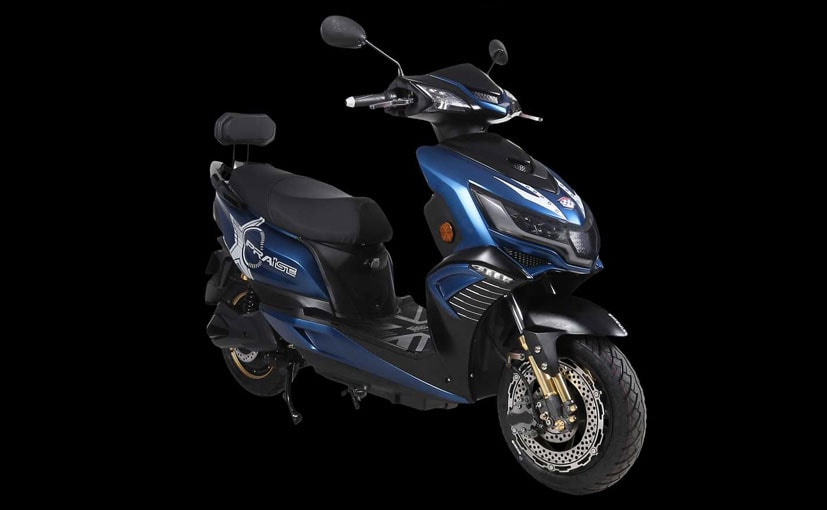 Gurugram-based electric two-wheeler maker Okinawa Autotech has announced that it had received 450 bookings for the upcoming Okinawa i-Praise electric scooter. The company has bagged the number of bookings in just 15 days with a strong demand from Tier II and Tier III cities. Bookings for the i-Praise commenced last month across the company's 200-odd dealerships pan India. Okinawa has received bookings from Pune, Bangalore, Ahmedabad, Bhopal, Nasik, Dehradun, Chandigarh, Ambala, Vishakhapatnam, as well as Mysore, Bulandshahar, Gorakhpur, Warangal, Trichy, Trissur among other cities. The new Okinawa i-Praise is scheduled to go on sale later this month and will come with a detachable lithium-ion battery as one of its major feature highlights.

Elaborating on the bookings of the i-Praise, Okinawa Scooters - Managing Director,  Jeetender Sharma said, "We had set an initial target of closing bookings for 500 Okinawa i-Praise units by January 15, 2019 and we are thrilled to announce that we have achieved 90 percent of this target well ahead of time. A major reason behind these really positive numbers is the fact that the e-scooter is equipped with detachable lithium-ion batteries that compellingly address the issues related to battery charging and the time consumed for the same. We have got a good response from Tier - II and Tier - III cities as well, which shows consumers in those cities are looking forward to accept the advanced technology and attracted towards the detachable battery. Further, the other USPs that make i-Praise "The Intelligent Scooter" such as its long charging range and reduced weight have made it a very appealing buy for consumers at a pan-India level."

The detachable lithium-ion battery was first introduced on the Ridge Plus scooter in the Okinawa line-up last year and now comes on the Praise scooter too. The system allows the owner to charge the battery at a location convenient to them. This is particularly helpful for areas that have a poor charging infrastructure. Even in high rises where an electric socket may not be available for owners to use in the parking space.

In terms of powertrain, the Okinawa i-Praise uses the same 1000 watt BLDC motor to power the scooter, while the battery offers a range of 160-180 km in a single charge. The charging time is estimated to be about 2-3 hours, as opposed to over 8 hours on a lead-acid battery. Okinawa says the lithium-ion battery helps in weight savings of about 30-40 per cent over other electric scooters in the segment.

Okinawa will also introduce a host of new features with the i-Praise that will be accessible with the soon-to-be-launched Okinawa Eco app. This includes geofencing, battery health tracker, SOS notifications, navigation, vehicle status, service reminder, curfew hours, continuous monitoring and more. Expect the scooter to witness a marginal hike in prices over the standard Praise model, when it goes on sale.