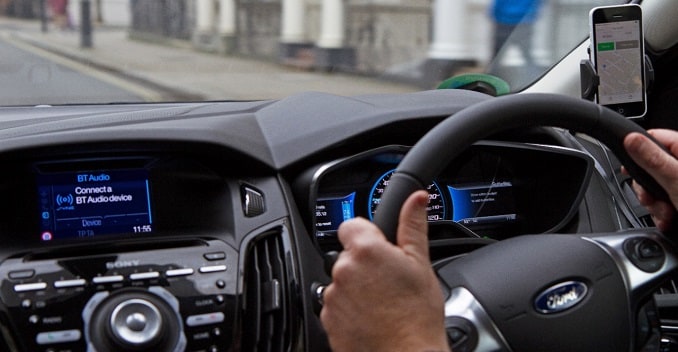 AT&T will link its connected car and smart home technologies to bolster its foothold in the fast-growing market for internet-connected devices, a new battleground for the company and rivals ranging from Verizon to Google. The wireless company's home security and automation service 'Digital Life' and connected car service 'Drive' will be integrated so users can control their homes from a dashboard in their vehicles, Glenn Lurie, chief executive of AT&T Mobility told Reuters last week ahead of the company's announcement at Mobile World Congress in Barcelona.

"Once you've told your home when the car is (for instance) within 20 feet of the house to please open the garage door, put the lights on, turn the alarm off, move the thermostat up, you can have those inanimate objects, the home and your car, really taking care of you," Lurie said.

With the two services linked up, a 'Drive' car can control devices in the home, including security cameras, air-conditioners, coffee makers, stereo systems, door locks, alarm sensors on windows and sensors that detect leaks from water pipes.

Most Americans own a mobile phone, and the $1.7 trillion US wireless industry is turning for growth to connected devices. AT&T said it had about 20 million connected devices from cars to cargo ship container sensors in 2014, up 21% from the year earlier. It has not yet revealed its revenue from its 'Internet of Things' business.

Technology companies including Apple and Google are making their own plays. Mercedes-Benz has an application that lets drivers control thermostats from Nest, a company acquired by Google.

Analysts expect fast growth from the 'Internet of Things,' or web-connected machines and gadgets. Connected car revenue is expected to be $20 billion annually by 2018 from $3 billion in 2013, and smart homes revenue is estimated to touch $71 billion by 2018, according to Juniper Research.

AT&T has deals with eight automakers from General Motors to Ford on connected car services. Lurie said it was still signing deals.

On the home front, it has partnered with home appliance makers such as Samsung and LG Electronics.

Customers will pay for the new service through AT&T's Mobile Share Value plan. A user can add $10 to the monthly phone bill to share data across multiple connected devices such as wearables and cars, Lurie said. Or customers can opt for plans provided by their car manufacturer.