Here are some of very first spy images of the new reborn Land Rover Defender 4x4 SUV. The new Defender is currently in the early stages of testing and is expected to be introduced by 2020. When Land Rover decided to discontinue the Defender a year back, the carmaker assured that it was not the end of the Defender nameplate. The company announced that it has started working on the next generation model as well. Earlier this year, the carmaker announced its product roadmap till 2024, which confirmed that the all-new Land Rover Defender, which has been codenamed as L663, will be introduced during the 2020-21 fiscal year. Now, we have come across some of the first spy photos of the Defender's early prototypes undergoing testing on public roads. 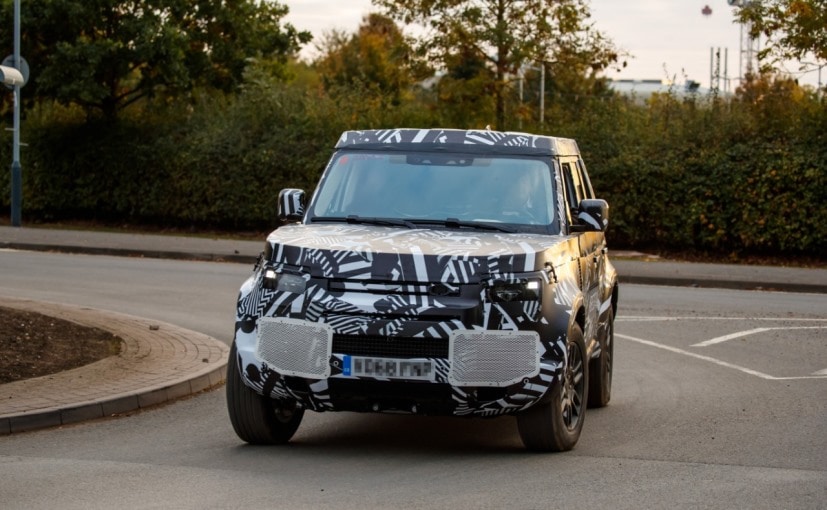 Being one of the early prototypes, the SUV is still heavily camouflaged and is wearing a bunch of pseudo body parts and claddings. Despite the camouflage hiding the visual updates the new Defender is going through, in no way is the test mule trying to be discreet, especially not with the hashtag #best4x4xfar printed in big letters on the side and rear of a mule. 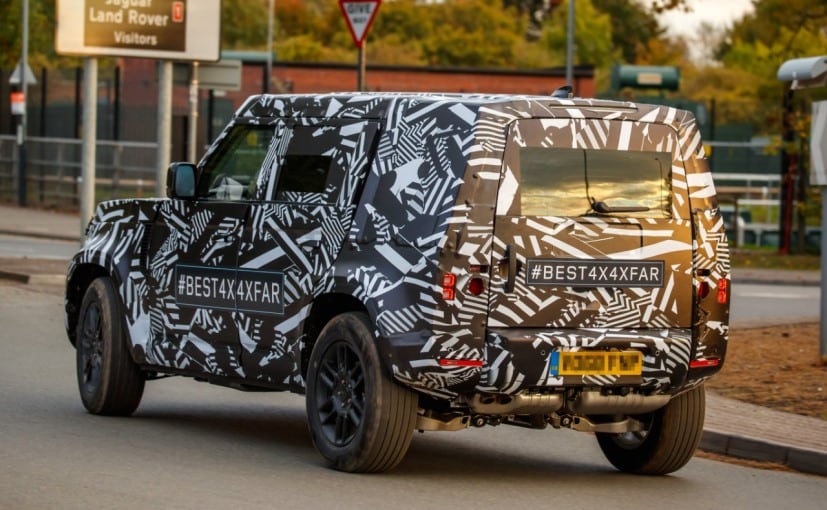 While as of now, not much is known about what has gone or will go into the making of the all-new Land Rover Defender, judging by the latest spy images it's clear that the 4x4 SUV will visually remain close to its roots. The images also confirm that the new Defender will retain its boxy profile, sharp edges, beefy wheels and lot more from the older model. In line with the current design language, we can also see that the SUV will come with a sleek-looking grille, a clamshell hood, squared ORVMs, and a beefy bumper with larger central airdam, and air intakes. Exterior features like the headlamps and taillamps still look like test units but expect the production version to get some LED treatment.

The new-gen Land Rover Defender, similar to some of the early generation models is expected to come in two wheelbase options - a shorter one badged as 90 and a longer one badged as 110. Engine options are still unknown, however, it's possible that the SUV might get the carmakers tried and tested 2.0-litre diesel engine from the Ingenium family under the hood.