The Honda Jazz/Fit in this leaked image is the electric hybrid version of the car. Slated to be unveiled at the Tokyo Motor Show, the regular petrol/diesle version of the car is expected to come with slight styling updates. Ahead of its official unveiling at the upcoming Tokyo Motor Show 2019, images of the next-generation Honda Jazz, also known as the Honda Fit in certain markets, have leaked online. In fact, the car seen in this new leaked photo is the new-gen Honda Jazz/Fit Electric Hybrid version. While the car certainly looks like it has gone through major cosmetic updates, as commonly seen in Honda cars, the regular petrol/diesel version of the car might come with slightly different styling. 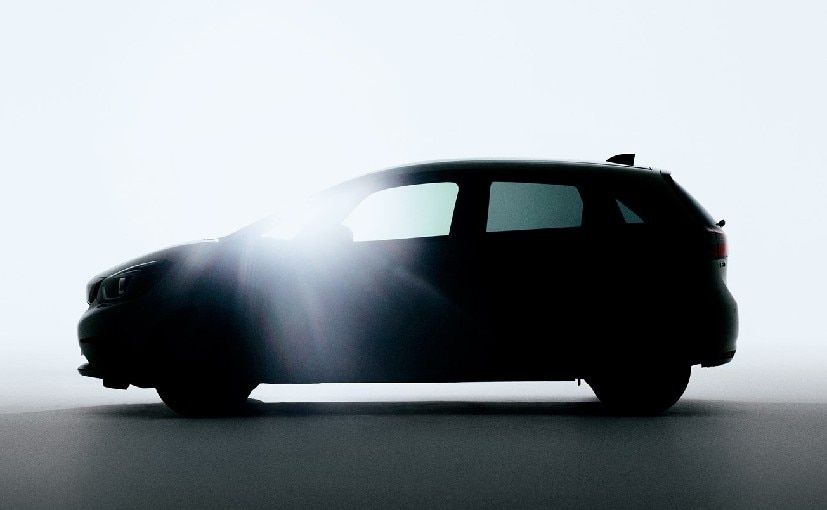 Visually, the new-gen Honda Jazz does look a bit less aggressive and dramatic than the exiting model, but it gets features like LED projector headlamps and LED daytime running lights. The Jazz/Fit Hybrid comes with a sleeker grille with matte black elements that extends into the headlamps, along with a body-coloured panel above that houses the Honda logo. The car also gets a new, sculpted bumper with a wide airdam and the black extensions that create a horn-like styling element. The profile of the car looks very bland and reminds us of the second-generation Honda Jazz. The car gets both front and rear quarter glass with the larger front one set in the body, ahead of the front door opening.

The shoulder line that runs along the door handles adds a slight curve to the profile, while we also see a subtle character line in the lower part, adding a gradient effect. There are also distinctive lines around the wheel arches, creating a flared effect. However, we do not get to see the rear section of the car in this new image.

The engine details and other technical specifications are expected to be announced at the official unveiling of the car later this month in Tokyo. While the Jazz is expected to be launched in the global market by end of this year or early 2020, India is likely to get it only in the second half of next year, after the new-gen Honda City's arrival. It's likely to come with a 1.2-litre BS6 compliant petrol engine, possibly with an optional hybrid version, however, it's too soon to say whether the car will get a diesel powertrain or not.

Fiat Punto Evo
₹ 5.82 - 8.4 Lakh *
View More
Subscribe to Our Newsletter
Over 1.5+ Lakhs subscribers
Thank you for Subscribing to Us