The recently released teaser images of the Aston Martin V8 Vantage is a near production version of the car and the final product might come with some design and styling changes. 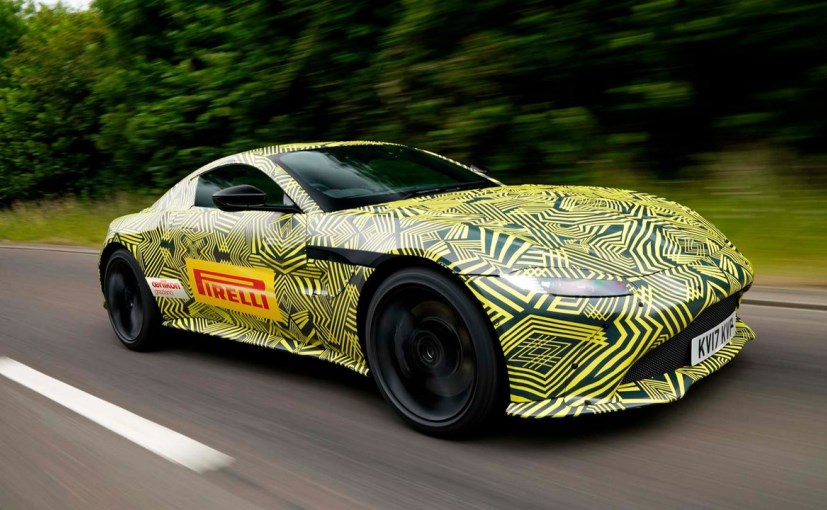 British carmaker Aston Martin has recently released the first set of teaser images of the next-generation Aston Martin V8 Vantage sports coupe. The car is still in prototype stage and this is just a near production version of the V8 Vantage and the final product is likely to come with some design and styling changes. Having said that, the carmaker says that the body style of V8 Vantage prototype is largely similar to what the production model will look like. 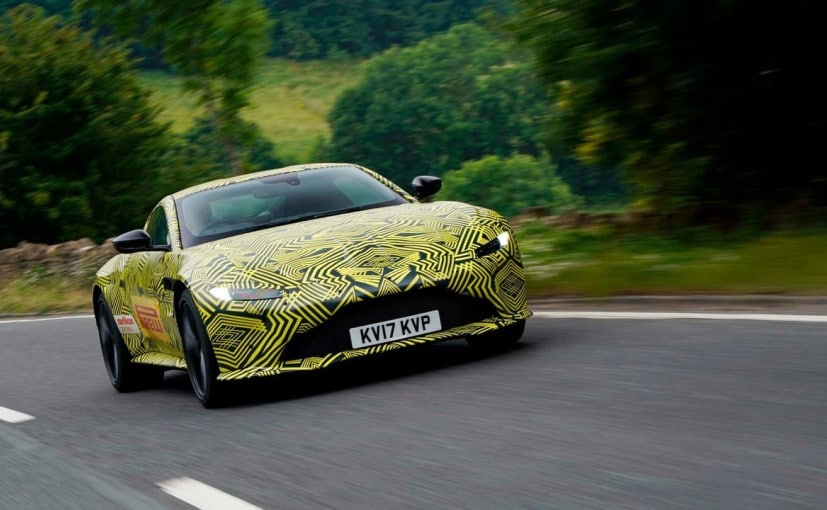 Aston Martin V8 Vantage shares its cues with the DB10

Despite the heavy camouflage, it is clear that the new Aston Martin V8 Vantage shares its cues with the DB10 a.k.a. DBX Concept, which was used in the James Bond movie, Spectre. While the official dimensions haven't been revealed yet, the car appears to be of the same size as the outgoing Vantage but the car will get a host of new styling cues. Furthermore, the Pirelli badge on the camouflage indicates that the new Vantage will run on Pirellis, possibly a set of customised P-Zero tyres. 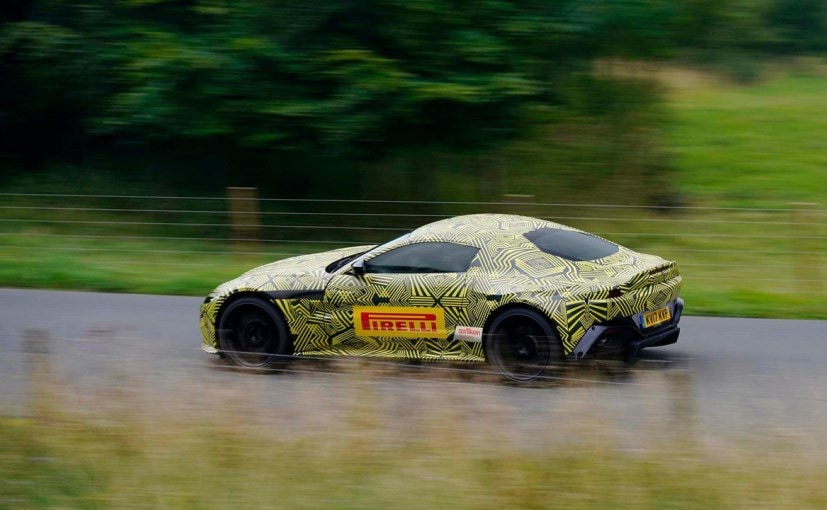 As the V8 in the name suggests, under the hood, the new Aston Martin V8 Vantage will come with the new 4-litre twin-turbo 8-cylinder engine, which was recently introduced with the DB11. The V8 is compact and light-weight and in the DB11 the motor is capable of churning out a maximum of 503 bhp and develops a peak torque of 675 Nm. On the Vantage, the power is expected to remain unchanged but there is a boost of 20 Nm in torque, which takes the peak output to 695 Nm. Expect the next-generation V8 Vantage to do a 0-100 kmph sprint in 4-seconds and have a top speed of over 300 kmph. 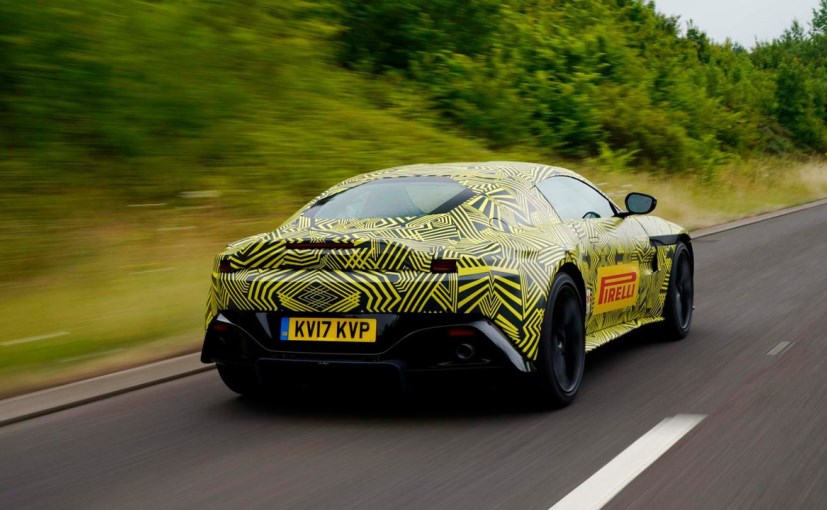 Aston Martin CEO Andy Palmer has already said that the new V8 Vantage will be officially introduced by the end of this year, before making a possible debut at the Frankfurt Motor Show 2017.