The new Norton 650 Atlas Scrambler was revealed to us in its concept for last year at EICMA. The bike is expected to come to India via CKD route and will rival the Royal Enfield 650 twins. 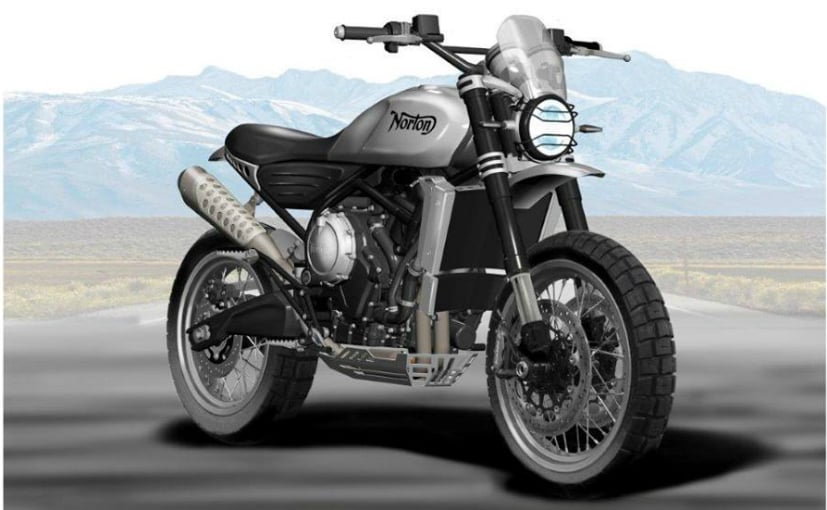 Norton Motorcycles, which is right now working on its all-new 650 cc Atlas Scrambler, will be launching the bike in India in 2020. This information was shared with us by Norton's Indian partner Kinetic Motoroyale's managing director Ajinkya Firodia, on the sideline of a recent event, where the company launched 7 new motorcycles. Out of these 7 new bikes, two were limited edition Norton Commando 961 and Dominator 961 motorcycles. The new Norton 650 Atlas Scrambler was revealed to us in its concept for last year at EICMA, while the production version of the bike is expected to be showcased at this year's Milan Motorcycle Shows, in November 2018.

Also Read: Locally-Made Norton Commando And Dominator To Be Launched By Mid-2019

Talking about the new Norton bike, Ajinkya Firodia said, "Norton UK itself is planning to make bikes that are 650 cc, which they have unveiled at EICMA, which will also eventually come to India. But, that is 2 years down the line." Commenting to making the new bike in India, Firodia said the bikes will see some amount of localisation, and its arrival will coinciding with the bike's UK launch, however, he did add that it is still 1.5 to 2 years away. Firodia did not mention whether the bike will be assembled under Norton's partnership with Kinetic Motoroyale, however, under the JV, all Norton bikes that come as completely knocked down (CKD) kits will get assembled in India by Kinetic Group.

While the official specifications are yet to be announced, the Norton 650 Atlas Scrambler will be powered by an all-new 650 cc parallel-twin engine which is expected to churn out about 70 bhp to 100 bhp, depending on the variant. The upcoming 650 cc bike will also come with an all-new, tubular steel frame by Norton-owned Spondon and it will also feature top-spec components such as Brembo's radial calipers.

Upon its launch in India, the Norton 650 Atlas will get competition from the likes of the soon-to-be-launched Royal Enfield's 650 cc twins, but the Norton is expected to be a lot more expensive. In those regards, based on the price tag, we expect Norton's new 650 cc bike to also compete with Triumph's modern classic range in India.