Uchida became CEO of Nissan on Dec. 1, as Japan's No. 2 car maker tries to recover from a profit slump and draw a line under a year of turmoil after the Carlos Ghosn scandal. 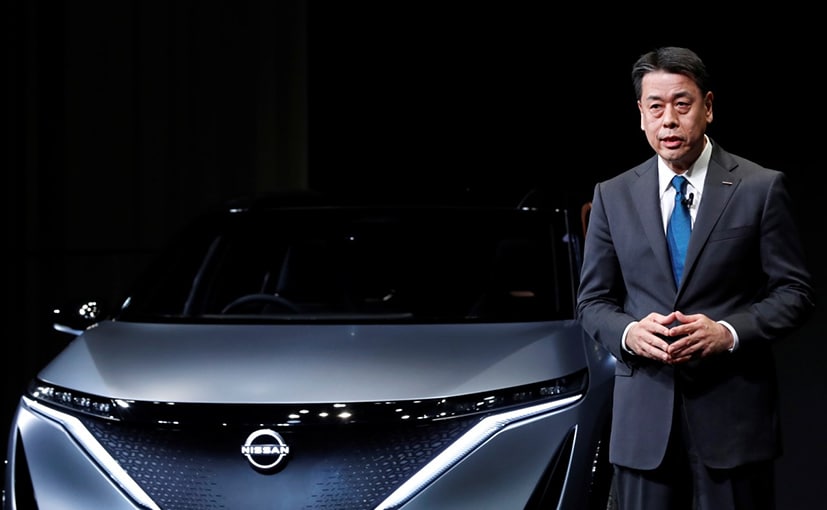 Nissan Motor Co chief executive Makoto Uchida said on Monday that he would work to improve the automaker's financial performance and co-operate closely with alliance partner Renault SA, while maintaining Nissan's independence. Uchida became CEO of Nissan on Dec. 1, as Japan's No. 2 car maker tries to recover from a profit slump and draw a line under a year of turmoil after the Carlos Ghosn scandal.

Nissan is betting that bringing new blood into its executive ranks will help to get the company back on track financially after years of aggressive expansion in the United States and other regions pummelled overall profitability. The new executive team, which also includes CFO Stephen Ma and COO Ashwani Gupta, took the helm this month, a year after former chairman Ghosn was arrested on financial misconduct charges in Japan.

Known for his straight-talking manner and relentless focus on cost control, Uchida is Nissan's third CEO since September, when Hiroto Saikawa, a protege of Ghosn, was forced to resign after he admitted to being improperly overpaid.

Uchida, 53, replaced Yasuhiro Yamauchi, a company veteran and former COO who stepped down as interim CEO at the end of November.

A big task lies ahead of him and his team. Nissan is bracing for its lowest annual profit in 11 years and has slashed its dividend by 65 per cent. Its struggles come at a time when car companies desperately need scale to keep up with sweeping technological changes like electric vehicles and ride-hailing.

Earnings have been undercut, particularly in the United States, a key market, by years of heavy discounts and low-margin sales to rental firms as part of a strategy to raise market share, which has cheapened Nissan's brand image.

Uchida must also salvage ties with Renault. Since Ghosn's ouster as chairman of both companies, Nissan and Renault have squabbled over the selection of Nissan's board members and executives, as well a proposed tie-up between Renault and Fiat Chrysler (FCA) earlier this year, which ultimately failed.

Renault, which holds a 43.4% stake in Nissan after it saved the Japanese automaker from financial ruin two decades ago, has for years been pursuing closer ties with its bigger partner, only to be rebuffed by Nissan.

Nissan is implementing a global recovery plan under which it will axe nearly one-tenth of its workforce and cut global vehicle production by 10% through 2023 to rein in costs which it has said ballooned when Ghosn was CEO.

Nissan Micra Active
₹ 5.84 - 6.66 Lakh *
View More
Subscribe to Our Newsletter
Over 1.5+ Lakhs subscribers
Thank you for Subscribing to Us